Flu Season Off to an Unusually Early Start

As flu season enters 2020, the influenza B strain of the flu virus has arrived earlier than normal making this year’s season off to an “atypically” early start, said Dr. Richard Webby, a member of the Infectious Diseases Department at St. Jude Children’s Research Hospital and the World Health Organization’s Vaccine Composition Team. 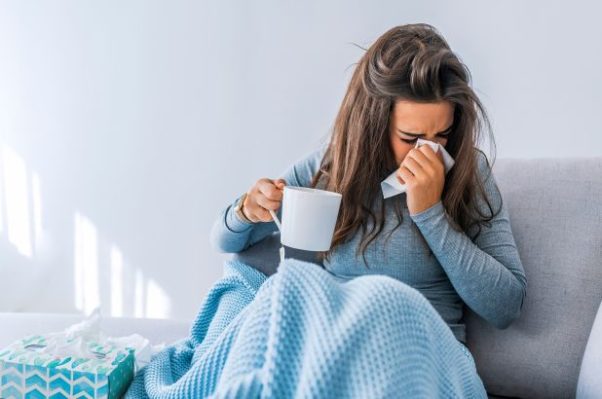 Health departments in the DMV have reported 14,752 cases of the flu this season so far. (Photo: Shutterstock)

“Often we see the influenza B strain of the flu virus later in the season, sometimes following influenza A virus circulation – but this season, we see the influenza B strain arriving earlier than normal kicking off this year’s flu season ‘atypically’ early,” said Webby. “Regardless of what strain of influenza you get, the best protection from the flu virus is the flu vaccine. It is still the most valuable and life-saving public health tool in preventing and spreading the flu.”

According to the Centers for Disease Control and Prevention, the overall hospitalization rate for this flu season increased to 14.6 per 100,000 cases. That is similar to what has been seen at this point during recent flu seasons. However the CDC reported five flu-related pediatric deaths during the first week of the year, bringing the total for this flu season to 32. Twenty-one of those deaths were associated with the influenza B viruses. Last year at this time, the number of deaths was 16.

At this moment the Influenza Victoria B strain is the most dominant strain of the virus in the country and is impacting children more than adults. The Victoria B Influenza strain appeared in Victoria, Australia some three decades ago and circulates in humans along with another influenza b virus and two influenza A viruses, which is the reason most flu shots have four components.

“We don’t know exactly why the influenza B strain impacts children more than adults, but if we compare how much viruses have changed the B strain tends to change a little more slowly. Therefore, it is possible that adults have the opportunity to build up more immunity over time to this particular strain and thus resulting in greater natural protection,” Webby said. 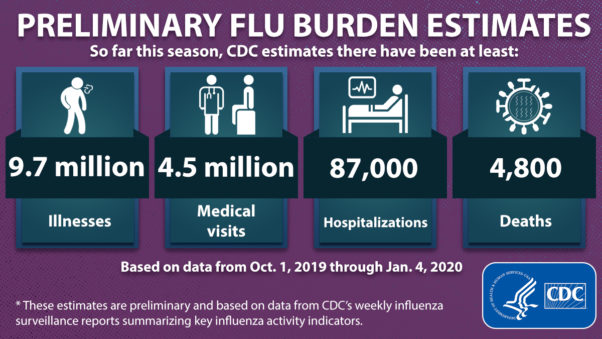 According to the CDC, there have been 9.7 million cases of the flu reported so far this season. (Graphic: CDC)

The D.C., Maryland and Virginia Departments of Health reported high and widespread flu activity with the most prominent strain being the B/Victoria. Maryland had 2,903 new reported cases between Dec. 29 and Jan. 4, the most recent data available, 1,978 of those cases were the B strain. The state has had 11,002 flu cases so far this season. Virginia had 621 new cases — 425 of those were the B strain — and 2,540 this seasion. D.C. reported 303 new flu cases during the first week of the year — 224 cases were the B strain — bringing the total to 1,210 confirmed cases of the flu since Oct. 5. None have had any pediatric deaths due to the flu. D.C. and Maryland do not track adult flu deaths.

“Because of the nature of the Influenza B strain’s greater impact on children and its early arrival, parents need to be extra cautious and take the necessary steps now, such as the getting their child the flu shot and going to their doctor early in the course of illness, to protect them from this potentially lethal strain,” he said.

“It’s certainly not too late to get the flu shot. It is composed of both influenza A antigens and influenza B antigens, which will help fight the flu and keep you healthy. While we are seeing an early B season, last year we saw what was almost two consecutive flu seasons involving different viruses. If that happens again, now would be a good time to get vaccinated in preparation for the second virus,” Webby said.