As is usual on the first weekend of a new year, the North American box office was light on newcomers — only Sony Pictures’ remake of The Grudge made its wide debut — and dominated by holdovers, a list that included Star Wars: The Rise of Skywalker, Jumanji: The Next Level and Little Women. 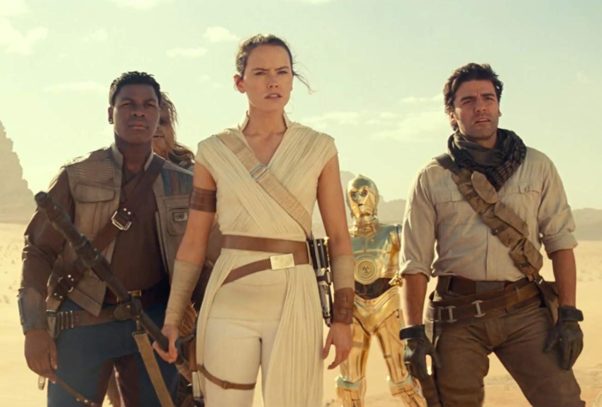 Not surprisingly, Walt Disney Studios’ Star Wars: Rise of Skywalker was the winner for the third weekend (Jan. 3-5) in a row, taking in $34.52 million and bringing the domestic total for the final installment in the Skywalker Saga to $451.58 million so far. That was a 52.3% drop from the previous weekend and puts the film 15% behind the pace of 2017’s The Last Jedi, which had $517.2 million by the same point in its run.

Other three other films saw three weekends on top in the past year: Glass, Avengers: Endgame and Frozen II in early December. Its large drop last weekend was bigger than the franchise’s other recent December films: 39.5% for The Force Awakens, 22.5% for Rogue One and 26.6% for The Last Jedi. Despite having a favorable 86% audience score — exactly double The Last Jedi’s 43% — the film continues to perform on the more conservative end of expectations and may well fall short of its predecessor by the end of its North American run. Nonetheless, the film is doing brisk business, having now become the eighth-fastest title to hit the $450 million mark domestically.

Holding steady in second place was Sony Pictures’ Jumanji: The Next Level, which slipped 25.7% to $26.23 million in its fourth weekend. The threequel now has earned $235.93 million domestically, an impressive tally that still puts it significantly behind its predecessor Jumanji: Welcome to the Jungle, which had $284.2 million at the same point.

Coming off a strong $16.77 million three-day debut over the post-Christmas weekend, Sony’s Little Women grossed $13.61 million in its second weekend, a dip of just 18.8%. It has been helped by overwhelming critical acclaim and positive word-of-mouth and should continue holding well as Oscar season moves into full swing. The domestic total for the Greta Gerwig-directed adaptation now stands at $60.06 million.

Finishing in fourth place was Disney’s Frozen II, which fell 29.8% to $11.85 million in its seventh weekend. The blockbuster sequel now has grossed $450.49 million domestically, making it the fourth highest-grossing animated title of all time in North America. It holds the same title worldwide with an overseas gross of $468 million for a global total of $918.8 million as it will soon become Disney’s seventh $1+ billion global release of 2019. 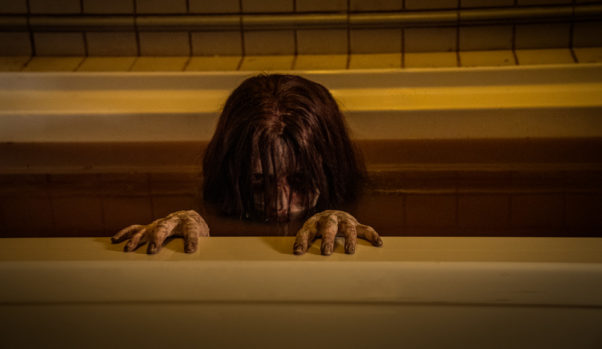 Debuting with $11.40 million in fifth place was Sony’s The Grudge, which has been alternately billed as a reboot of the horror franchise and a “sidequel” that runs parallel to the events of the original American remake from 2004. That is a decent opening for the reported $10 million production, which received failing audience scores and abysmal critical and audience averages. Nonetheless, last weekend’s opening came in a bit higher than the studio’s own $9 million prediction.

It should be noted that the Nicolas Pesce-directed movie came with a harsher “R” rating than the “PG-13” 2004 film, which debuted with a powerful $39.13 million at the height of the short-lived “J-horror” boom. Opening weekend audiences were 53% male and 51% were 25 or older.

Slipping 22.1% to sixth place was 20th Century Fox’s Spies in Disguise with $10.40 million in its second weekend. That brings the Disney-distributed animated comedy to $47.24 million to date in North America.

Enjoying another excellent weekend in seventh place was Lionsgate Films’ blockbuster mystery Knives Out, which after rising an incredible 51.9% over the post-Christmas weekend, took in $8.92 million in its sixth weekend, a slip of just 9.7%. The domestic total for the star-studded title now stands at $130.12 million.

In eighth place was A24’s Uncut Gems, which slid just 21.0% to $7.57 million in its second weekend of wide release and fourth weekend overall. The critically-acclaimed Adam Sandler drama now stands at a solid $36.56 million domestically and should benefit from continued buzz around Sandler’s widely-praised performance. It should be said that last weekend’s strong hold feels somewhat out of step with the film’s lukewarm audience scores, but those metrics aren’t always a reliable indicator of a film’s box office performance.

Ninth place went to Lionsgate’s Bombshell, which dipped just 15.2% to $4.08 million in its third weekend of wide release and fourth weekend overall. The star-studded title, which is based on the sexual harassment scandal that erupted at Fox News in 2016, has $24.59 million domestically to date.

This coming weekend sees the release of 20th Century Fox’s Underwater and Paramount’s Like a Boss, while Universal goes wide with 1917 and Warner Bros. Pictures expands the release of Just Mercy.