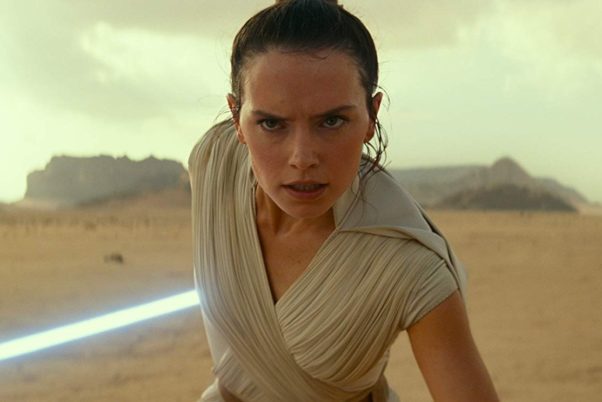 With $72.39 million, Star Wars: The Rise of Skywalker fell 59.1% in its second weekend, pushing the film’s domestic gross to $362.19 million after 10 days. The drop is much larger than expected given the past performances of films over the same time frame. It is, however, better than the 67.5% second weekend plunge for 2017’s The Last Jedi as it has managed to close the gap between the two films.

Internationally, Rise of Skywalker added $94.3 million last weekend for a $363.33 million international total and a global tally of $725.13 million.

Sony’s Jumanji: The Next Level finished in second place with $35.31 million, playing more in line with expectations at this time of year, improving 33.2% compared to the previous weekend, bringing it to $175.47 million domestically as it enters its third week.

In third place, Disney’s Frozen II also saw a jump compared to the previous weekend, improving 30.1% with $16.89 million. Its domestic total now stands at $421.68 million. Internationally the film added another $42.2 million for an overseas total of $798.40 million as the global tally now stands at $1.21 billion making it the third largest animated release all-time worldwide, topping Minions with $1.16 billion. 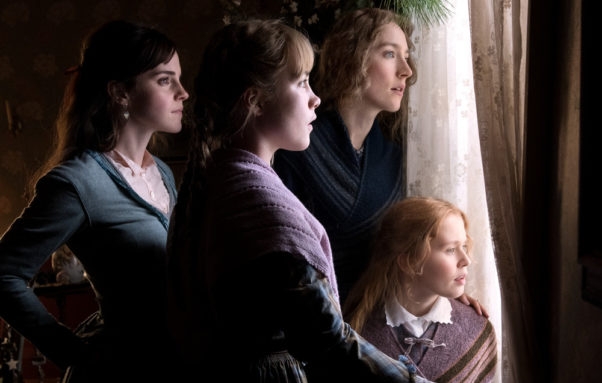 Fourth place is where we find the first of the weekend’s new wide releases with Little Women, the latest retelling of the Louisa May Alcott classic from writer-director Greta Gerwig. The film, which stars Saoirse Ronan, Emma Watson, Florence Pugh and Eliza Scanlen took in $16.77 million. Since it debut on Christmas Day, it has earned $29.23 million domestically, well ahead of the studio’s extraordinarily low expectations of $16-$17 million for the first five days.

Little Woman received excellent reviews from critics and an excellent score from opening day audiences that saw crowds that were 70% female with 71% of the audience 25 or older. 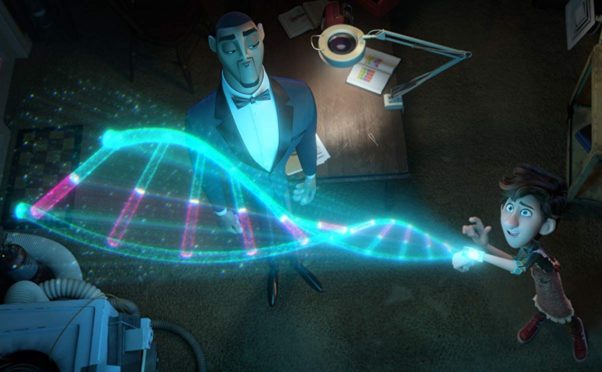 Debuting in fifth place was Spies in Disguise with $13.35 million, bringing it to $22.24 million domestically since it opened on Christmas Day. The film, which stars Will Smith and Tom Holland, opened in line with studio expectations, but suffered du to fierce competition from family-oriented holdovers including The Rise of Skywalker, Jumanji and Frozen II, as well as a relative lack of buzz and decent but not great reviews.

The film received excellent scores from opening day audiences while playing to an audience that was 54% female with 40% of the crowd 25 or older. But with a reported budget of $111 million, it is going to be an uphill battle for the much-delayed film, which was originally slated for release back in January.

Sixth place went to Lionsgate Films’ Knives Out with $9.88 million, an increase of 52.0%. The film’s domestic total now stands at $110.31 million after five weekends.

Finishing in seventh place was Uncut Gems, which went wide this past week and delivered $9.58 million. That is a better-than-expected debut for the critically acclaimed release, which features a rare, Oscar-buzzed dramatic performance from star Adam Sandler. Notably, exit polls from moviegoers have been rather muted, so long-term playability remains a question mark. The film’s domestic total to $20.02 million.

Universal Pictures Cats fell 27.2% to $4.82 million in its second weekend for eighth place, bringing the domestic total for the critically-derided musical to just $17.81 million after 10 days. The overwhelmingly negative buzz around the film hasn’t done it any favors in a crowded marketplace, although counterintuitively, that also may be what is drawing some moviegoers to shell out money for it, given rampant social media chatter that has proclaimed the film a new “so-bad-it’s-good” cult classic. That won’t be enough to save the $100 million title’s box office fortunes, although it could potentially lead to a lucrative afterlife on home-viewing formats long-term.

In ninth place, Lionsgate’s Bombshell slipped 5.7% from its wide debut to bring in $4.81 million in its third weekend, giving it $15.76 million domestically to date. And in 10th place, Warner Bros. Pictures’ Richard Jewell took in $3.09 million, a 19.8% uptick from the previous weekend. The drama now has $16.16 million domestically through the end of its third weekend.

This weekend sees just one new wide release with Sony once again bringing The Grudge to the big screen on Thursday, this time around the remake is rated R.