The Rise of Skywalker Wins Weekend

Not surprising, Star Wars: The Rise of Skywalker — the final film in the nine-part “Skywalker Saga” started by George Lucas in 1977 — topped last weekend’s (Dec. 20-22) box office by a wide margin taking in $177.38 million. 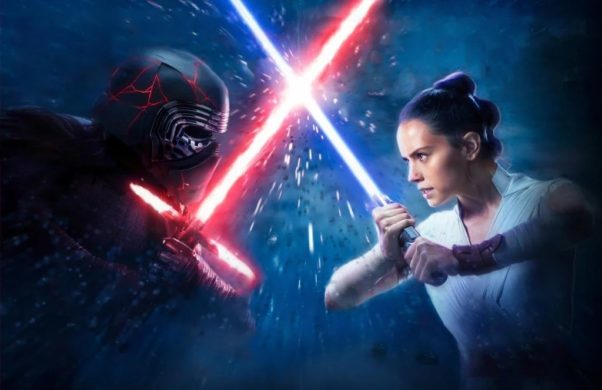 The Walt Disney Studio’s release placed in the middle of expectations. Rise of Skywalker had the third-highest opening ever in the month of December, behind only franchise predecessors The Force Awakens with $247.97 million and The Last Jedi with $220.01 million. The Rise of Skywalker’s weekend total also makes it the 12th-highest opening of all time in North America, just behind Captain America: Civil War with $179.14 million and just ahead of 2017’s Beauty and the Beast with $174.75 million.

A variety of factors led to The Rise of Skywalker’s high-flying performance last weekend. Perhaps chief among them was its status as the finale to a 42-year-long series that has become one of the most beloved properties of all time, although it has seen its fair share of ups and downs over the last couple of decades. The return of J.J. Abrams, who led the fan-loved The Force Awakens, to the director’s chair also helped boost anticipation for hardcore fans after The Last Jedi, the Rian Johnson-helmed 2017 installment that became the source of scorn by many die-hards who felt the director took to many liberties with the series’ mythology.

It seems all but certain that The Rise of Skywalker’s lukewarm reviews, at least mildly dinged the film’s box office potential last weekend, perhaps keeping a certain portion of casual fans from rushing out to see it. Indeed, Rise of Skywalker is undoubtedly one of the worst-reviewed films of the entire franchise. The majority of critics apparently liked it even less than last year’s Solo: A Star Wars Story, the first and only film so far in the franchise to be a bona fide box office disappointment, debuting with $84.42 million and tallying a final domestic total of $213.77 million — less than what The Force Awakens and The Last Jedi made in their opening weekends. Unlike that film, however Rise of Skywalker is more of a must-see prospect for Star Wars fans given that it is the final installment in the main series as opposed to a spin-off.

It is difficult to predict just how Rise of Skywalker will fare in the weeks ahead. The Force Awakens, which was well-received by both critics and fans, finished with $936.66 million domestically — an all-time record — thanks to strong repeat business. It is the only entry among the last three installments in the main series to achieve a consensus between critics and audiences, which, along with the long buildup to its release, helps explain its record-shattering performance. On the other end of the spectrum, The Last Jedi suffered steep declines due to poor word-of-mouth among the series’ fanbase despite being praised by critics. It ended its run with $620.18 million in North America.

The opposite dynamic is at play with The Rise of Skywalker, which despite relatively negative reviews boasts good audience scores. At least in theory, that suggests a long-term performance more in the vein of The Force Awakens.

Coming in second was the previous weekend’s top earner Sony Pictures’ Jumanji: The Next Level, which fell a rather steep 55.2% to $26.51 million in its second weekend. The family adventure sequel undoubtedly took a major hit from The Rise of Skywalker in theaters, but still crossed $100 million in its first 10 days. Its substantial drop last weekend was particularly notable in light of its 2017 predecessor Welcome to the Jungle’s 38% rise in its second weekend, although of course that film opened a week later in the calendar than The Next Level and also came out after that year’s Star Wars entry The Last Jedi rather than before it, making a direct comparison between the two somewhat difficult. In any event, The Next Level now stands at a healthy $102.32 million domestically and should play well through the remainder of the holiday season as kids across the country enjoy an extended winter break. 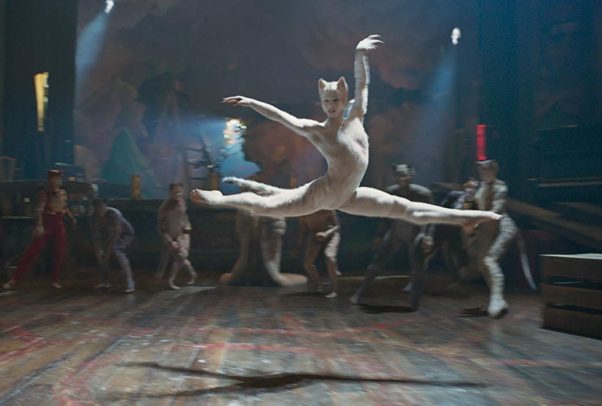 Fourth place went to Universal Pictures’ Cats, the big-screen adaptation of the blockbuster Broadway musical. With $6.62 million, the expensive title with a reported $100 million budget is a disappointment for the studio, though not exactly an unforeseen result given the film’s horrendous reviews and the formation of a “so-bad-it’s-good” perception among prospective audiences even before anyone had the opportunity to see it.

Unfortunately, not even the star-studded cast of Taylor Swift, Jennifer Hudson, Jason Derulo, James Corden and Judy Dench could overcome the all-but-disastrous early buzz, and once critics got their claws into it there seemed to be no righting the ship. While some suggested early on that Cats could perhaps overcome the negative reviews and mount a sort of fan-driven Greatest Showman-style box office rebound, the film’s poor opening audience scores are a far cry from Greatest Showman’s excellent scores and suggest that likely isn’t in the cards. The film suffered more bad press over the weekend when it was reported that a new version of the movie with improved visual effects was made available to exhibitors on Sunday.

Lionsgate Films’ Knives Out posted another strong hold in fifth place, slipping just 28.9% to $6.5 million in its fourth weekend. Its domestic total now stands at an impressive $89.95 million, with $100 million close at hand.

Lionsgate also took sixth place with its fact-based dark comedy-drama Bombshell, which took in $5.10 million in its wide debut. That is an okay result for the film, which has received mixed-to-positive reviews and benefitted from a substantial buzz factor thanks to a clever marketing campaign and a star-studded cast that includes Charlize Theron, Margot Robbie and Nicole Kidman. Opening audiences were 62% women while 87% was over the age of 25.

Following a disappointing $4.68 million opening the previous weekend, Warner Bros. Pictures’ Richard Jewell fell 44.9% to seventh place in its second weekend with $2.58 million, bringing the total for the Clint Eastwood-directed drama to just $9.56 million after 10 days of release. Although there was some speculation that audiences in the South and Midwest could bolster the film’s performance going forward given the subject matter and Eastwood’s substantial drawing power in those regions, it looks like the film will instead fade off quickly.

Rounding out the Top 10, Universal’s Queen & Slim finished in eighth place with $1.85 million in its fourth weekend, a drop of 48.3% for $36.60 million to date domestically; 20th Century Fox’s Ford v. Ferrari and Universal’s Black Christmas grossed $1.85 million and $1.84 million, respectively, drops of 54.7% and 56.6% for the previous weekend. The racing drama now has $102.01 million domestically through its sixth weekend, while the holiday-themed horror film has $7.29 million so far in North America.