With no new major titles debuting over the typically-slow first full weekend of December, when moviegoers are more consumed by holiday shopping than taking a trip to the theater, Walt Disney Studios’ Frozen II easily held onto first place for the third weekend in a row with $35.17 million, while fellow holdovers Knives Out, Ford v. Ferrari and A Beautiful Day in the Neighborhood continued to perform well. Elsewhere, Dark Waters had a so-so wide expansion while Playmobil: The Movie couldn’t manage a Top 10 finish. 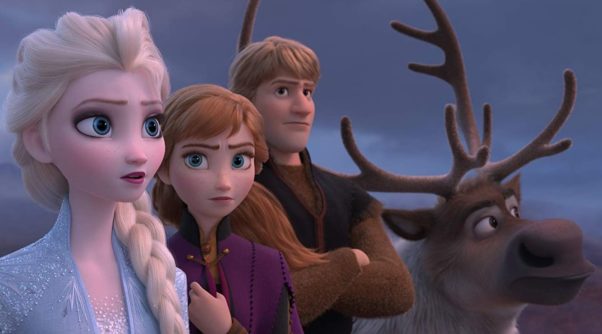 Frozen II finished first at the weekend box office for the third weekend in a row with $35.17 million. (Photo: Walt Disney Studios)

Frozen II cooled down after two successive weekends of record-breaking grosses, down 59.1% from its $85.98 million three-day earnings over Thanksgiving weekend. That drop compares favorably with previous Thanksgiving weekend record-holder The Hunger Games: Catching Fire, which fell 65% over the same weekend in 2013, although it is slightly high relative to other animated titles coming off big Thanksgiving weekends. For comparison’s sake, the original Frozen dropped 53.0% over the same weekend in 2013, while 2016’s Moana slid 50.0% and Ralph Breaks the Internet had a 54.5% drop. Whatever the case, the domestic total for the Disney sequel now stands at $338.09 million after 17 days.

In second-place, Lionsgate Films’ Knives Out also held well, sliding 46.9% to $14.22 million in its second weekend. The critically acclaimed Rian Johnson-directed murder mystery has enjoyed strong word of mouth and now has earned $63.55 million in North America after 12 days.

Finishing in third place was 20th Century Fox’s Ford v. Ferrari, which added 300 locations last weekend (Dec. 6-8) during its fourth weekend. With another $6.66 million, the Matt Damon-Christian Bale sports drama now has taken in $91.23 million domestically and will soon pass the $100 million mark. Including $77.26 million overseas, the worldwide total for the film is now $168.49 million, with a Chinese release still on the horizon.

After debuting to a solid $11.89 million over the three-day Thanksgiving weekend, Universal Pictures’ Queen & Slim fell 44.2% to $6.64 million in fourth place, bringing its domestic total to $27.01 million.

Finishing in fifth place was Sony Pictures’ A Beautiful Day in the Neighborhood, which took in $5.20 million, a drop of 55.9%. The domestic total for the acclaimed Mister Rogers biopic now stands at $43.12 million. 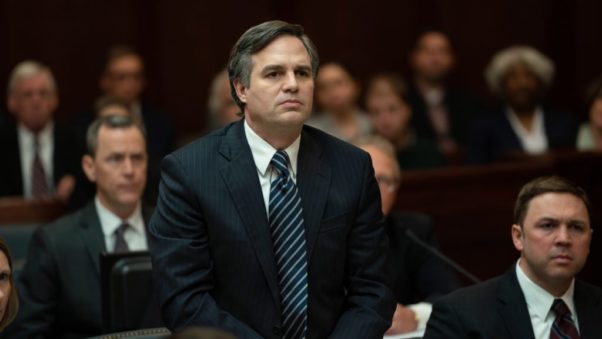 Focus Features’ Dark Waters finished in sixth place in its wide expansion after two weekends of limited release, taking in $4.22 million. That is an okay result for the fact-based drama, which stars Mark Ruffalo as an attorney battling the DuPont chemical company over its history of environmental pollution. With so many popular adult-oriented holdovers to contend with, this one had trouble breaking through the noise despite garnering positive reviews and a solid opening day audience score. Its North American total stands at $5.18 million.

Two other holdovers, Lionsgate’s Midway and Universal’s Last Christmas rounded out the Top 10 with $1.93 million and $1.02 million in their fifth weekends, respectively. The WWII drama, which fell 50.8%, now has $53.40 million domestically to date, while the Christmas rom-com has earned $33.45 million in North America.

Finishing outside the Top 10 was the STX-released Playmobil: The Movie, which stumbled in its opening frame with $656,530. Predicted to debut in the low-to-mid single-digit millions heading into the weekend, STX’s experiment with bargain ticket pricing and a low marketing spend that relied mainly on in-theater advertising and promotion through exhibitor loyalty programs resulted in a much lower tally than anticipated. The film’s per-location average of $285 makes it the third-worst opening ever for a movie debuting on more than 2,000 screens. STX claims the publicity and advertising budget on the film was just $3 million, making it a low-risk investment.

The poorly-reviewed, animated title was originally slated for release by Global Road in October 2017, but was placed on hold because of the company’s financial issues. Its future was further jeopardized when the company filed for bankruptcy the following year, leaving STX to pick up domestic rights following a months-long international run for the film that has seen it take in just $12.46 million overseas.