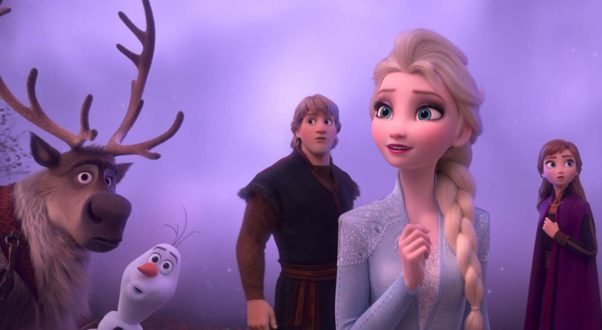 Following its record-breaking $130.26 million debut the previous weekend, Frozen II slipped just 34.0%, bringing the domestic total for the animated sequel to $288.85 million after just 10 days. Last weekend’s drop was about on par with other blockbuster animated follow-ups Finding Dory and Toy Story 3, both of which slid by roughly the same percentage in their second weekends. With a full month of play left before the end of the year, Frozen II is on course to surpass the $400.74 million total of the original.

Making a strong second place debut was Lionsgate Films’ Knives Out, the Agatha Christie-inspired whodunnit boasting a star-filled cast including Daniel Craig, Chris Evans, Jamie Lee Curtis, Toni Collette and Michael Shannon. It outperformed studio expectations with $26.77 million over the three-day weekend and $41.41 million over the five day period including more than $2 million in sneak previews the previous weekend.

The film benefitted from excellent reviews, an aggressive and well-calibrated marketing campaign and the promise of a fun, adult romp that served as an enticing alternative for audiences without kids in tow. Opening audiences were 51% male and 68% over the age of 25. Impressively, the film from director Rian Johnson has already surpassed its reported $40 million budget. 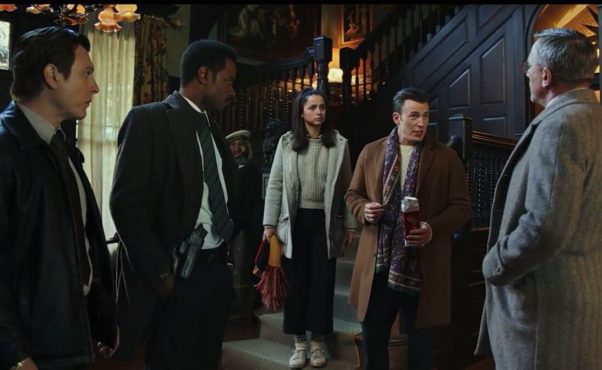 Knives Out debuted in second place over the Thanksgiving weekend with $26.77 million. (Photo: Lionsgate Films)

Finishing in third place was 20th Century Fox’s Ford v. Ferrari, which fell 16.3% to $13.17 million over the three-day weekend and $19.02 million over the five-day in its third weekend. Its domestic total now stands at $81.03 million, with a lot of time left yet in the holiday season.

Fourth place went to the weekend’s other wide release, Universal Pictures’ drama Queen & Slim, which finished at the high end of expectations with $11.89 million over the three-day weekend and $16.00 million over the five-day, much better than the low-teen millions the studio predicted. Centering on a man and woman — Daniel Kaluuya and newcomer Jodie Turner-Smith — who run afoul of the law after killing a racist police officer in self-defense at the end of their first date, the film with its politically-charged racial themes as well as the allure of two black women — director Melina Matsoukas and screenwriter Lena Waithe — as the film’s creative leads. It also nabbed very good reviews and may have benefitted from word-of-mouth if its excellent opening-day audience score is any indication. Fifty-four percent of the opening-weekend audience was African-American and 61% was older than 25, while it was split 51% women and 49% men.

Sony Pictures’ A Beautiful Day in the Neighborhood, which dropped just 11.1% from its $13.25 million debut the previous weekend to $11.78 million over the three-day weekend and $17.25 million over the five day to finish in fifth place. The film, which stars Tom Hanks as children’s TV icon Mister Rogers, has been received excellent reviews and, with its heart-warming premise and beloved star, was well-positioned to benefit from the family-oriented holiday. It now stands at $34.29 million in North America.

In sixth place was STX Entertainment’s 21 Bridges, the action-thriller starring Chadwick Boseman that opened to a disappointing $9.25 million the previous weekend. With $5.59 million over the three-day weekend – a fall of 39.6% from the previous weekend – and $7.68 million over the five-day period, the domestic total for the $33 million-budget film now stands at $19.22 million after 10 days.

Opening this coming weekend is STX’s animated Playmobil, which was set to be released by Global Road until it went out of business.