The November box office slump ended last weekend (Nov. 22-24) with Walt Disney Studios’ Frozen II $130.26 million debut, which shattered the November opening record for an animated title previously held by The Incredibles, which debuted with $70.47 million in 2004. It was also the highest-ever opening for a Walt Disney Animation Studios title (excluding Pixar) and the third-highest animated opening of all time ahead of 2007’s Shrek the Third with $121.63 million and behind 2016’s Finding Dory with $135.06 million. 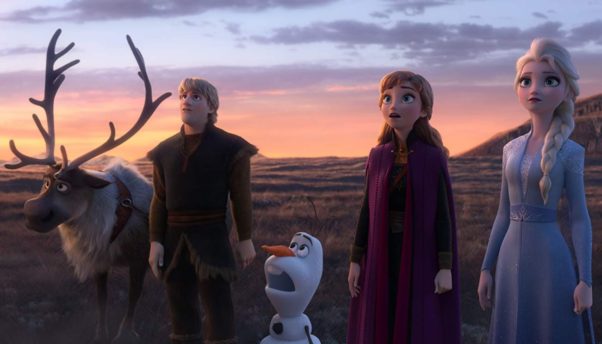 Frozen II more than lived up to the hype being the first animated movie ever to open with more than $100 million outside of the summer moviegoing season. Even when compared with live-action blockbusters, which tend to be far more front-loaded than animated releases, Frozen II holds its own, registering the 23rd highest opening of all time among both animated and live-action titles. It is also the highest opening weekend ever for an animated title in IMAX, bringing in an estimated $18 million in the format worldwide.

There were some questions heading into the weekend whether the young girls who turned out for the first Frozen in droves back in 2013 have aged out of the core demo for the sequel, muting its box office potential relative to expectations, but last weekend’s large number with 59% female and 31% under the age of 11 puts to rest any lingering doubts. Whether holds will be as strong for the follow-up as it was for the original, which ultimately grossed over four times its $93.5 million debut over the five-day Thanksgiving weekend, remains to be seen. Indeed, the first film had the benefit of the massive Let It Go phenomenon driving repeat business. Certainly, Frozen II’s generally positive reviews and high audience scores point to a reasonably long run through the the holiday season.

After a strong $31.47 million first-place finish the previous weekend, 20th Century Fox’s Ford v. Ferrari fell to second with $15.73 million, a drop of 50.0%. That fall is exaggerated somewhat by the film’s loss of premium large-format and IMAX screens to Frozen 2, but all-in-all the performance of the male-oriented sports drama has been solid. After 10 days, the domestic total for the Matt Damon-Christian Bale movie stands at $57.72 million. 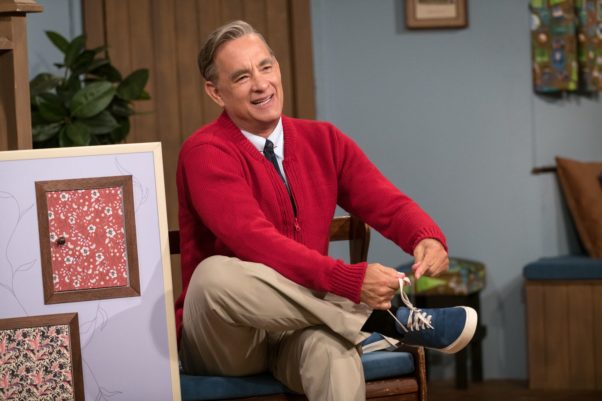 A Beautiful Day in the Neighborhood, the Mr. Rogers biopic, debuted in third place with $13.25 million. (Photo: Sony Pictures)

Debuting in third place with $13.25 million was Sony Pictures’ A Beautiful Day in the Neighborhood, the drama centering around children’s TV icon Mr. Rogers. While not record-breaking, the opening was about in line with the studio’s $14 million prediction heading into the weekend. The $25 million film benefitted from positive reviews and the enduring popularity of star Tom Hanks, whose casting as the revered TV host also plays into Hanks’ public persona. With its family-friendly themes and PG rating, it is the kind of release that tends to flourish during the holiday season, so look for it to hold up well in the weeks ahead. Also encouraging is the film’s excellent audience score. The groundwork for the film may have been laid by last year’s hit documentary Won’t You Be My Neighbor?, which revived interest in Rogers 15 years after his death.

Fourth place went to the weekend’s final wide debut, STX Entertainment’s 21 Bridges with $9.25 million. The action-thriller featuring Black Panther star Chadwick Boseman may have suffered some from the continuing strength of holdover Ford v. Ferrari, which also holds strong appeal with adult males. Reviews for the film were on the negative side, although opening day audiences gave it good scores. It is easy to see this one having performed better in a quieter, less-competitive period.

In fifth, Lionsgate Films’ Midway took in $4.64 million, a fall of 45.5%, giving the WWII flick $43.05 million in North America through the end of its third weekend. Closely behind it in sixth place was Paramount Pictures’ family comedy Playing With Fire, which slipped 45.7% to $4.52 million in its third weekend for a domestic total of $31.52 million through Sunday.

After a mild opening the previous weekend, Warner Bros. Pictures’ adult-driven thriller The Good Liar fell to seventh place with $3.40 million, a drop of 39.4%. The Helen Mirren-Ian McKellen film now has a total of $11.79 million domestically after 10 days.

Suffering the worst drop in the Top 10 was Sony’s Charlie’s Angels, which dropped 61.2% to $3.24 million in its second weekend. The total for the action reboot now stands at a disappointing $14.00 million domestically after 10 days.

Rounding out the Top 10, Universal Pictures’ holiday-themed rom-com Last Christmas slid 52.2% to finish in ninth place with $3.10 million for a domestic total of $27.85 million through the end of its third weekend, while in 10th place, Warner Bros.’ Jokergrossed $2.75 million in its eighth weekend for a domestic total of $326.86 million through Sunday. Joker added $13 million internationally bringing it worldwide gross to $1.04 billion, making it the first R-rated movie to break $1 billion., which is did last Friday.