Celebrities Who Love to Gamble

Gambling may have been an illegal activity 30-40 years ago, but many countries have used it as a way to boost their economies. After all, casinos deal with money, pay taxes and employ a lot of people. With modern technology, the online casino business is also flourishing. Online casinos like NoviBet give players a new and revolutionizing experience by offering many games and a lot of bonuses.

People are not hiding their love for casino games these days. Even celebrities have spoken publicly about how much they enjoy gambling. So, we decided to give a small list of some global celebrities that decided to turn to gambling. Here is our top 5 list: 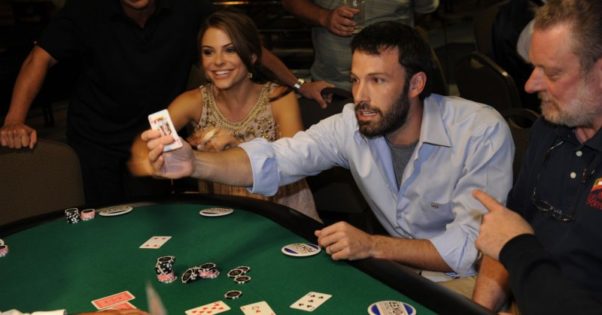 Coming in at number 5 is DC Comics’ former Batman. We have seen Ben Affleck participate in many poker tournaments through the years, so him being on the list is no surprise. The 47-year-old actor even won the 2004 California State Poker Championship and bagged a prize of approximately $350,000. Although many tabloids accuse him of being an addict, Affleck firmly denies those claims.

The original Spiderman is also known for his love for poker. Tobey Maguire’s first professional appearance at poker tournaments was in 2004. Since then, he claimed several bonuses numerous times that he played. Maguire even participated in Molly Bloom’s high stake poker games at The Viper Room during the mid-2000s, alongside Affleck.

Ray Romano has a highly successful career. He voiced Manny in the Ice Age saga and most recently starred in The Irishman alongside Robert De Niro, Al Pacino and Joe Pesci. Romano also shares the same love for poker as Affleck and Maguire. He participated in the World Series of Poker seven times in the period from 2007-2015.

Even though we are not seeing Shannon Elizabeth gambling often these days, that was not the case in the mid-2000s. She publicly expressed her love for poker and described it as her second career. At the time, Elizabeth was known as one of the leading celebrity poker players. She has a lot of success in the field; from 2006-2010, Elizabeth scored 12 tournament cash prizes. She also played in the 2005 World Series of Poker, beat 83 celebrities to claim $55,000, and advanced to the semi-finals of the NBC National Heads-Up Poker Championship.

In the Number 1 spot we have none other than Charlie Sheen. Since he rose to fame, Sheen has been the center of a lot of controversies. But, we are not here to talk about all of his problems. There are many rumors that at some point in his life, he spent as much as $200,000 a week gambling. Some speculation even circulated that moments before the birth of his daughter, he was placing online bets on sporting events. Since then, Sheen claims that he had given up gambling for good. Apart from the controversy, he has been a part of many charity organizations and had a major impact on HIV awareness and prevention.