In a November that has underperformed significantly compared to last year, 20th Century Fox’s Ford v. Ferrari raced to a solid finish in its debut weekend, taking in $31.47 million. 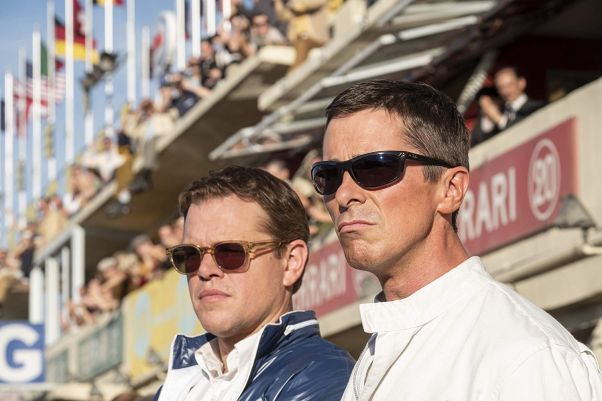 The 20th Century Fox title released by Walt Disney Studios benefitted from several selling points, not least of which was the star appeal of its two leading men, Christian Bale and Matt Damon. Additionally, strong reviews helped bring in the target adult audience, while its car-racing premise and blue-collar themes likely helped pull in moviegoers in the South and Midwest. The film performed particularly well among older men, with 62% of the opening weekend audience being male and 34% over the age of 45.

Ford v. Ferrari’s strong performance last weekend (Nov. 15-17) presents a rare bright spot for 20th Century Fox in the wake of Disney’s acquisition of the studio, with recent titles like Dark Phoenix, Ad Astra and Stuber underperforming significantly over the last several months; indeed, Disney publicly kept its expectations low for the film, pegging it for a debut in the high-teen millions heading into the weekend. Although its reported budget is a steep $98 million, it is looking like the kind of word-of-mouth hit that could hold up well in the coming weeks, particularly if its opening weekend audience scores are any indication.

Coming in second was the previous weekend’s surprise champion Midway, which fell 52.5% to $8.51 million in its second weekend. Lionsgate Films’ WWII drama, which had a reported $70-$100 million budget, now has $34.90 million domestically after 10 days of release. 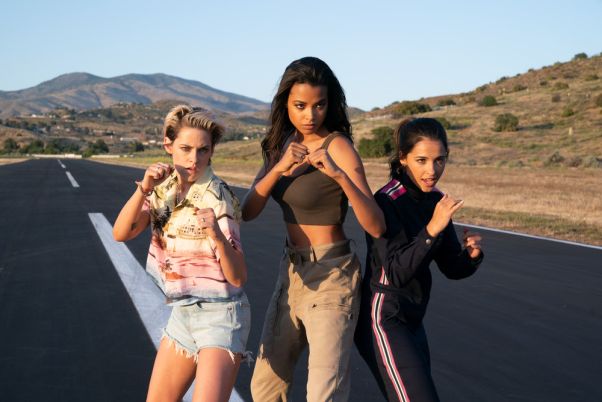 Debuting to a disappointing $8.35 million in third place was Sony Pictures’ Charlie’s Angels, which failed to hit double-digit millions. Tracking and social media metrics for the franchise reboot had not been encouraging heading into the weekend, leading the studio to predict an opening in the low-to-mid teen millions and box office watchers to follow suit. But despite a full-fledged marketing campaign, including a heavily-played theme song by pop stars Ariana Grande, Miley Cyrus and Lana Del Rey, audiences couldn’t get worked up over another installment in the long-running franchise stemming from the iconic 1970s TV series.

This could be a case of franchise fatigue in a year overflowing with sequels, reboots and live-action “reimaginings,” though it is worth pointing out that unlike the two previous big-screen Charlie’s Angels entries starring Cameron Diaz, Drew Barrymore and Lucy Liu, the star-wattage on display in the reboot was relatively low with the exception of Twilight ingenue-turned-arthouse-darling Kristen Stewart and director-star Elizabeth Banks. The starpower of the three leads in 2000’s Charlie’s Angels and 2003’s Charlie’s Angels: Full Throttle helped lift those films to opening weekends of $40.13 million and $37.63 million, respectively, more than four times the opening gross of the 2019 reboot. It is worth noting, however, that those who have seen the new film are giving it generally high marks.

Coming in fourth was Paramount Pictures’ family comedy Playing with Fire, which held well with $8.33 million in its second weekend, a slip of just 34.5%. The John Cena movie now has $25.28 million in North America after 10 days, although Frozen 2 should cut into its family audience significantly when it premiers next weekend.

Also holding well in fifth place was Universal Pictures Last Christmas, which slid 43.3% to $6.49 million. The holiday-themed rom-com now has a domestic gross of $22.37 million after 10 days.

After debuting to a disappointing $14.11 million the previous weekend, Warner Bros. Pictures’ Doctor Sleep fell to sixth place in its second weekend, falling 57.4% to $6.01 million — the largest drop of any of last week’s holdovers. The domestic total for the Shining sequel stands at an underwhelming $24.87 million.

The final new wide release of the weekend, Warner Bros.’ The Good Liar, opened soft in seventh place with $5.61 million, about what was expected heading into the weekend. Thankfully, the budget on the film is just $10 million, and with 64% of the audience being over the age of 50 — a demo that doesn’t typically rush out on opening weekend — it has the potential to post solid holds in the weeks ahead. The adult thriller starring Helen Mirren and Ian McKellen debuted to mixed reviews and came in with okay audience scores.

Finishing in eighth place, Warner Bros.’ Joker took in $5.34 million in its seventh weekend, bringing the domestic total for the DC Comics thriller to $322.30 million. At this rate, the film should finish its run as the fourth highest-grossing DC Comics movie of all time in North America, surpassing Suicide Squad with $325.10 million, Batman v Superman: Dawn of Justice with $330.36 million and Aquaman with $335.06 million.

Joker reached $1.02 billion worldwide on Friday, making it the seventh film to pass $1 billion this year. But unlike the other six, which were considered guaranteed billion-dollar films – Avengers: Endgame, The Lion King, Spider-Man: Far from Home, Captain Marvel, Toy Story 4 and Aladdin — virtually nobody predicted Joker would reach that mark.

Coming in ninth was Disney’s Maleficent: Mistress of Evil with an estimated $4.90 million, bringing its domestic total to $105.69 million through five weekends. Finally in 10th place, Focus Features’ Harriet had another good hold, dropping 38.1% to $4.59 million in its third weekend. The historical drama now has $31.69 million in North America to date.