The Terminator was back atop the box office last weekend (Nov. 1-3), but with considerably less firepower than many had anticipated. 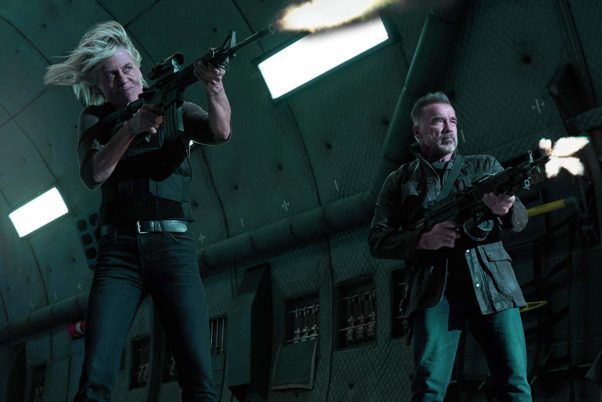 Although it managed a first place debut, Paramount Pictures’ Terminator: Dark Fate came in at the very low end of expectations with $29.03 million from 4,086 locations, which is the widest release ever for an installment in the long-running franchise. That is 7.4% above the $27.02 million opening for the last film in the series, 2015’s Terminator: Genisys, but 0.5% behind when adjusted for inflation. That is a disappointment domestically, but it performed much better overseas with $94.60 million.

Dark Fate may have taken a hit from mixed reviews, which did little to inspire confidence among fans who have, on the whole, come away disappointed by the post-Terminator 2 entries in the franchise. But audience sentiment among those who have seen the film has been mainly positive. That said, the film doesn’t seem to have expanded much beyond its core fan base of older adult males, who were likely drawn by the return of Terminator and Terminator 2 star Linda Hamilton and franchise creator James Cameron, who came back as a producer for the new installment and also helped craft the story in addition to Arnold Schwarzenegger, who has appeared in every Terminator film except Salvation.

Dark Fate has an uphill battle ahead of it, particularly given the film’s reported $185 million budget, which is reportedly being split three ways between Paramount, production company Skydance and 20th Century Fox, which is handling the overseas release. No doubt, lots of ground will need to be made up overseas to account for the film’s shortfall domestically.

Finishing in second place once again was Warner Bros. Pictures’ Joker, which took in $13.50 million in its fifth weekend, down just 29.9% from the previous weekend. The comic book thriller now has earned $299.6 million in North America to date, putting it in seventh place all-time among DC Comics movies, just ahead of Man of Steel with $291.05 million and behind Suicide Squad with $325.10 million. It will pass the $300 million mark early this week.

Falling to third place after narrowly beating out Joker for the top spot the previous weekend was Walt Disney Studios’ Maleficent: Mistress of Evil, which earned $13.09 million in its third weekend, down 32.4%, for a domestic total of $85.24 million to date. That is a solid hold for the sequel, which still has a few weeks to go before Disney stablemate Frozen 2 gobbles up the family audience. While the follow-up has been a notable disappointment at the North American box office — by the same point in its run, the first Maleficent had grossed $163 million — it has brought in over three times as much overseas, helping take some of the sting out of its domestic performance. 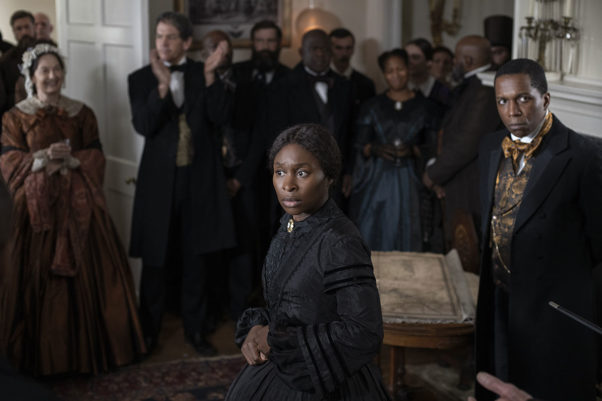 Debuting better than expected in fourth place was Focus Features’ Harriet, which earned $11.68 million. The Harriet Tubman biopic rose above some decidedly lukewarm reviews to draw in moviegoers not interested in predatory robots. Long-term prospects for the film look good, particularly when taking into account its perfect audience scores. The opening weekend audience was 62% female, 49% African-American and 59% over the age of 35.

Falling to fifth was United Artists Releasing’s The Addams Family, which slipped just 30.9% from the previous weekend to $8.30 million in its fourth weekend. That gives the animated reboot $85.09 million domestically to date.

In sixth place, Sony Pictures’ Zombieland: Double Tap dropped 37.2% to $7.42 million in its third weekend, bringing the sequel to $59.38 million so far in North America. The horror-comedy follow-up is roughly 2% behind the first Zombieland, which had $60.6 million by the same point.

STX Entertainment’s Countdown held well in its second weekend, falling just 35.0% to $5.77 million in seventh place, bringing the horror film’s domestic total to $17.68 million after 10 days. Also in its second weekend was Sony’s crime drama Black and Blue, which finished in eighth place, dropping 50.6% to $4.14 million for a domestic total of $15.53 million to date.

Rounding out the Top 10 were the weekend’s other two wide releases, Warner Bros.’ Motherless Brooklyn and Entertainment Studios Motion Pictures’ Arctic Dogs. Motherless Brooklyn finished in ninth with $3.50 million — a soft debut that mirrored a lack of hype for the lukewarmly-reviewed crime drama starring, written and directed by Edward Norton, who led a cast that also includes Bruce Willis, Gugu Mbatha-Raw and Alec Baldwin.

The weekend’s biggest casualty was Arctic Dogs, which grossed a disappointing $2.90 million. That makes the animated family title one of the worst openings ever for a film debuting on more than 2,500 screens. The film was hobbled by the continued strong presence of Maleficent and The Addams Family, a lack of recognizable IP and a generic marketing campaign that did little to distinguish it from similar animated titles.