Last weekend (Oct. 18-20) saw the release of two new sequels, and Walt Disney Studios’ Maleficent: Mistress of Evil topped the chart as expected with $36.95 million, a bit lower than expected. 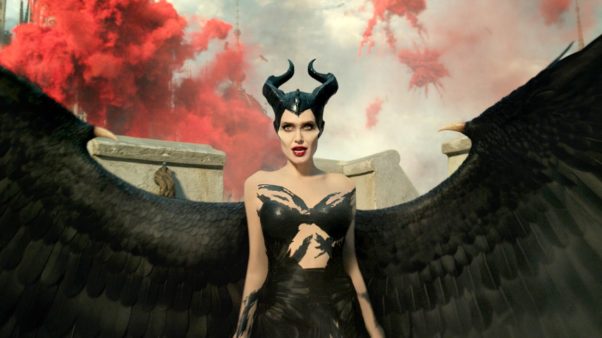 Maleficent: Mistress of Evil debuted on the lower end of expectations, becoming the latest family sequel to underperform this year after the likes of The Lego Movie 2, The Secret Life of Pets 2 and The Angry Birds Movie 2, all of which debuted to less than half the opening take of their predecessors. Mistress of Evil fell far short of the $69.43 million debut of the original Maleficent in May 2014, suggesting moviegoers couldn’t quite muster the same level of enthusiasm for the Angelina Jolie character in her second go-round.

Mistress of Evil faced lingering competition from the previous weekend’s animated breakout The Addams Family while also suffering weaker reviews than its predecessor. This was the lowest opening for a Disney live-action reimagining since another fairytale sequel, 2016’s Alice Through the Looking Glass, which debuted to just $26.86 million in May 2016 and finished its run with a weak $77 million in North America. Mistress of Evil even finished lower than this year’s box-office disappointment Dumbo, which grossed $45.99 million in March and closed with $114.77 million domestically.

On a positive note, Mistress of Evil got excellent scores from opening weekend audiences like the original, suggesting potential to demonstrate reasonably strong lasting power in the weeks ahead. Also on the plus side, it doesn’t have much in the way of family-oriented competition over the next few weeks, which could provide it some much-needed runway. Jolie’s starpower and the strength of the Disney brand overseas will also help the film make up some ground internationally.

In second place, Joker once again demonstrated its strength, taking in $29.25 million in its third weekend, a drop of 47.6% from the previous weekend. The Warner Bros. Pictures mega-hit now has $247.28 million domestically, making it the ninth-highest grossing DC Comics adaptation of all time not adjusting for inflation, just ahead of Justice League with $229.02 million and just behind 1989’s Batman with $251.35 million. The Joaquin Phoenix film held its own in the face of Sony Pictures’ Zombieland: Double Tap, the R-rated follow-up which targeted the same adult demo that has been turning out so strongly for Joker over the last couple of weeks. 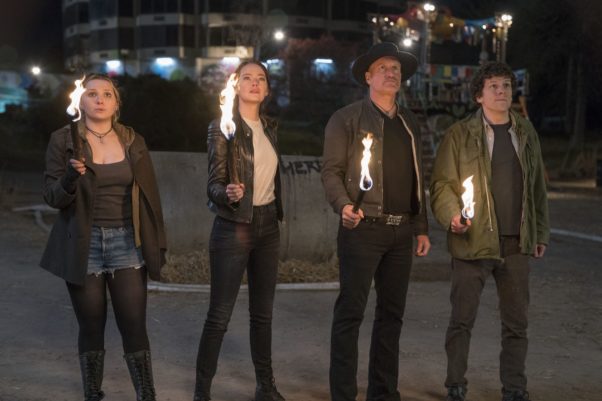 Speaking of which, Zombieland: Double Tap opened in third place with $26.80 million, slightly above its predecessor’s $24.73 million debut in October 2009. The belated sequel benefitted greatly from the return of its core cast including Emma Stone, Jesse Eisenberg and Woody Harrelson, as well as fond memories of the original and a dearth of adult comedies in theaters following the void left by Universal Pictures’ hit R-rated comedy Good Boys. It also satiates demand for horror (or at least horror-adjacent) fare as Halloween looms on the calendar.

Reviews for the follow-up were mixed-to-positive, suggesting Double Tap may not appeal as strongly beyond its core fanbase past opening weekend, which may have been front-loaded with fans of the original turning out in droves right out of the gate. Sony claims that the zombie comedy is the only sequel this year to open bigger than the original, although on closer scrutiny it appears they are only talking about first sequels, as the likes of Avengers: Endgame, Spider-Man: Far From Home and John Wick: Chapter 3 – Parabellum would otherwise dispute that characterization.

Enjoying a pretty good hold in its second weekend despite competition from Mistress of Evil for the family audience was United Artists Releasing’s The Addams Family, which dropped 46.1% to $16.32 million in fourth place for a total of $57.08 million after 10 days. With two weeks to go before Halloween, the animated title should continue to hold strong appeal for families through the end of the month.

Falling a hefty 59.6% in fifth place was Paramount Pictures’ Gemini Man with $8.31 million following its disappointing $20.55 million debut the previous weekend. The Will Smith sci-fi/action film has just $36.33 million domestically after 10, putting it 21% behind the pace of Smith’s 2013 disappointment After Earth.

In sixth place, Universal’s Abominable earned $3.51 million in its fourth weekend, down 42.2% for a domestic total of $53.93 million. Seventh place went to Focus Features’ Downton Abbey, which grossed $3,11 million, down 36.3% for a North American total of $88.64 million. Roadside Attractions’ Judy followed in eighth place with $2.03 million, a drop of 35.1%, bringing the domestic total for the Judy Garland biopic to $19.06 million thus far.