13 Couples Costumes to Wear on Halloween

With Halloween just around the corner, now is the time to put your creative hat on and start thinking about who or what you are going to transform into for the spookiest night of the year. While you could go it alone, if you are in a relationship, then why not opt for an inventive couple costume instead?

It is often said that two heads are better than one, after all (especially on Halloween). Here are 18 of the best couple costumes to wear with your significant other during the annual ghostly celebration: 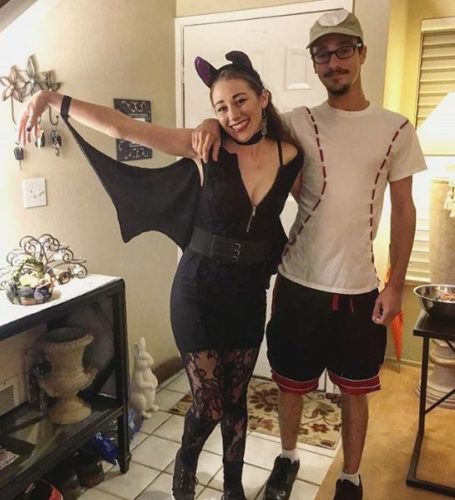 With the Washington Nationals playing in the World Series, this costume is sure to be a homerun this year. If you think your significant other is a catch, then this is the couple costume for you. And hopefully after the party, you will score. 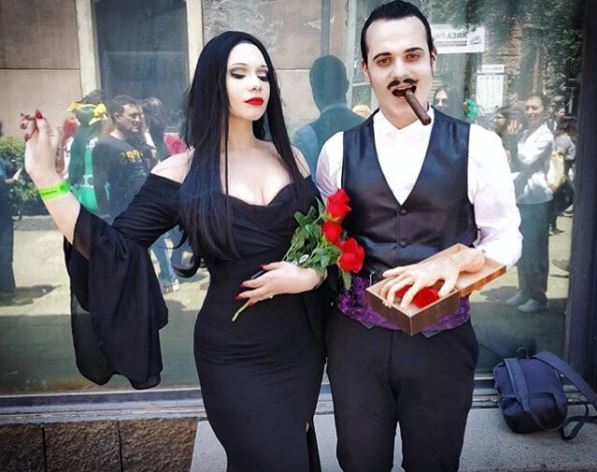 Morticia and Gomez Addams from The Addams Family (Photo: miss.sharonvongates/Instagram)

If you want to truly go peak Halloween, then donning the glad rags of Morticia and Gomez Addams of the Addams family is your best bet. This couple has stood the test of time, first appearing in a television series in the 1960s and in a new animated feature currently in theaters.

3. Harley Quinn and The Joker 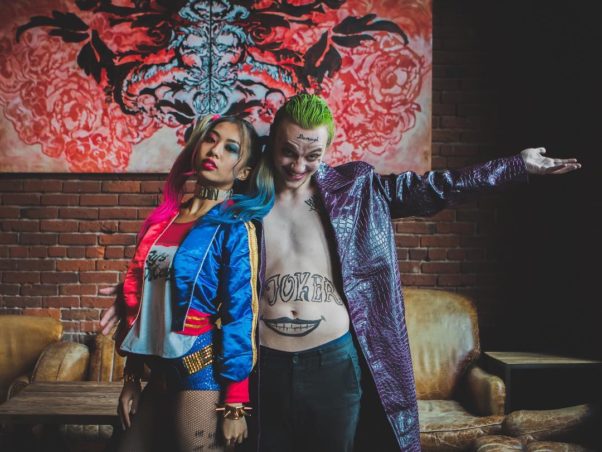 Harley Quinn and The Joker have been a popular pair ever snce she was introduced into the D.C. Comics Universe in the 1992 animated Batman series. And with the Joker in theaters now, it couldn’t be more timely. Embrace the eccentricity of their relationship with this villainous Halloween costume.

4. Carl and Ellie from Up 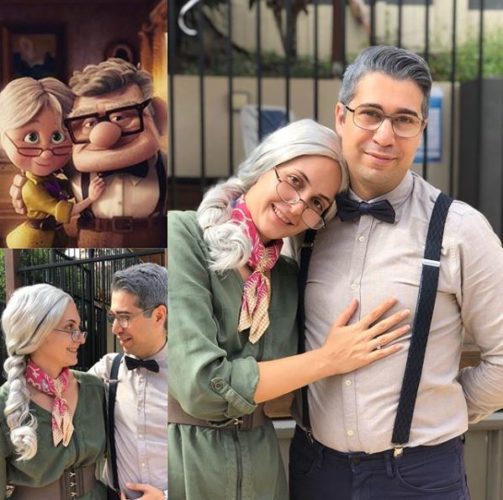 Carl and Ellie from Up (Photo: a_l_i_j/Instagram)

Carl and Ellie are officially one of the sweetest and most endearing couples in the history of cinema, so dressing up as them for Halloween could be a great way for you and your partner to demonstrate your love for one another. Admittedly, this costume isn’t very scary, but it is a winning costume idea for any avid Pixar fans.

5. Eleven and Mike from Stranger Things 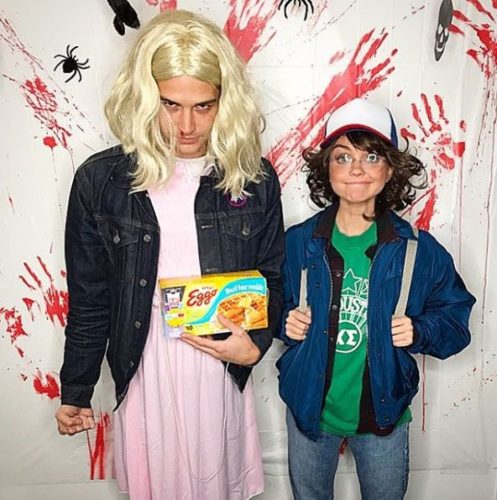 Take a leaf out of the book of Modern Family star Sarah Hyland by dressing up as the telekinetic Eleven and the adorably sweet Mike Wheeler from hit show Stranger Things. It was recently confirmed the sci-fi show would return for a fourth season, with speculation rife as to when it will drop.

6. The Doctor and the Tardis 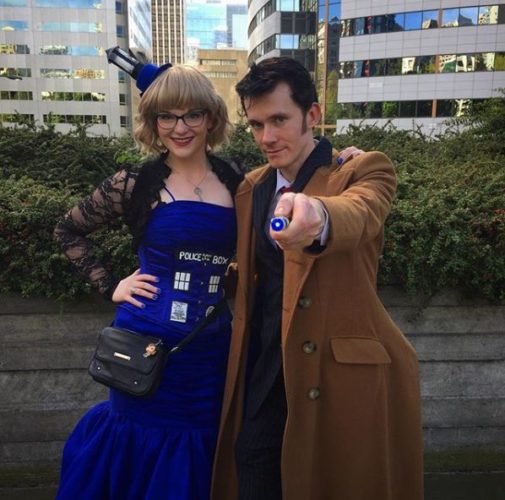 Dr. Who and the Tardis (Photo: chlorine_17/Instagram)

Fans 8of Doctor Who have been showing the program a lot of love since the Doctor regenerated to be portrayed by Jodie Whittaker in October 2018. Among the Doctor’s many companions throughout the show’s 56-year history, one of the most popular pairings of the show is the Doctor and the time traveller’s faithful Tardis. 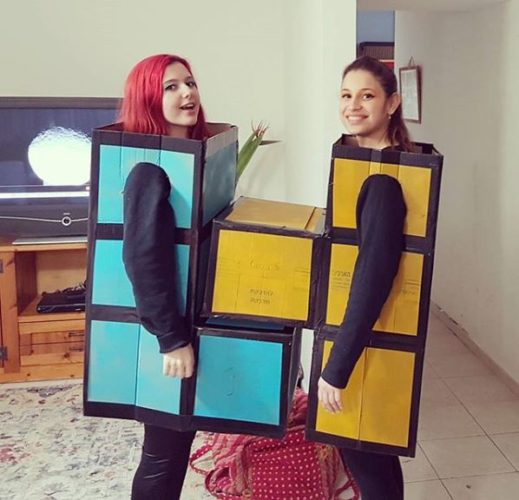 “You complete me,” Tom Cruise tells Renée Zellweger in the 1996 film Jerry Maguire. If you feel the same way about your other half, then show it by dressing up as pieces from the addictive 1980s arcade game. 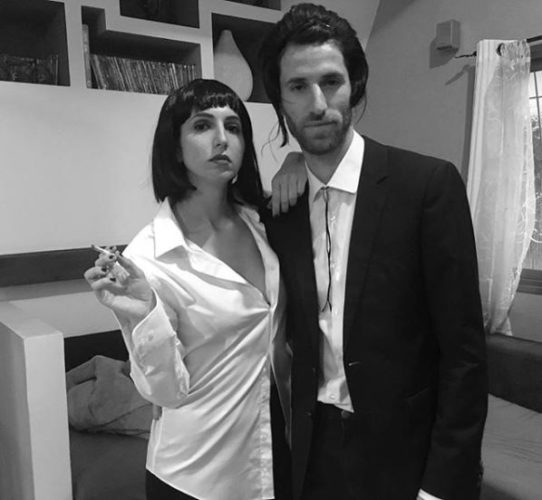 Ever since Quentin Tarantino’s Pulp Fiction was released, couples have taken Halloween as the perfect opportunity to dress up as John Travolta and Uma Thurman and to recreate their famous dance scene from the 1994 film. While this costume may be overdone, it is a classic and very easy to replicate. 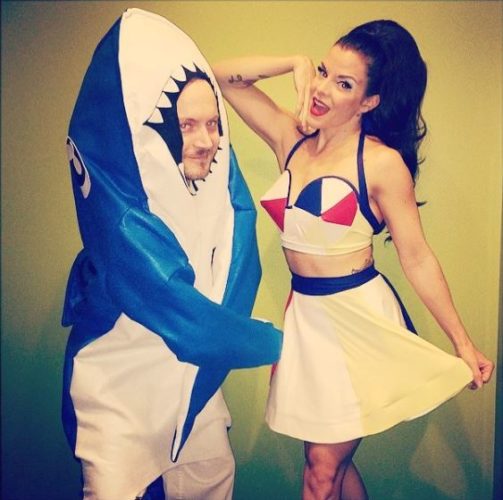 While the media relishes writing about Katy Perry’s relationship with Orlando Bloom, one of her most iconic partnerships came in 2015 when the singer performed at the Super Bowl halftime show. One of the most memorable moments of the performance came when a backup dancer, fondly known as “Left Shark”, was spotted dancing in an uncoordinated manner on the stage, spawning a myriad of memes.

10. Jack and Sally from The Nightmare Before Christmas 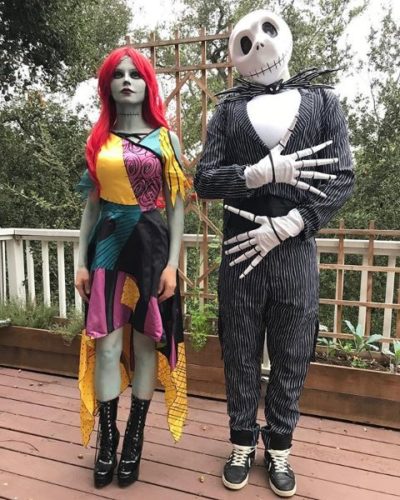 Jack and Sally from The Nightmare Before Christmas (Photo: jennadewan/Instagram)

In 2017, Jenna Dewan and fromer husband Channing Tatum succumbed to their daughter’s wishes by dressing up as Sally and Jack for Halloween, from Tim Burton’s stop-motion animated musical The Nightmare Before Christmas. Considering Jack Skellington is the Pumpkin King of “Halloween Town,” this costume is undoubtedly the epitome of the festive occasion.

11. Harry Potter and the Golden Snitch 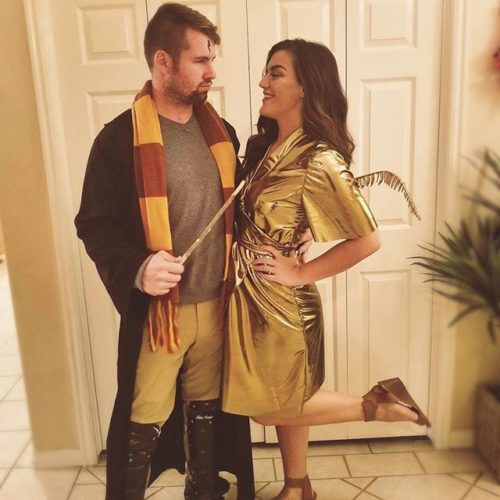 In Quidditch, the Golden Snitch is the most prized ball of them all, worth 150 points if caught by the team’s Seeker. If you have no idea what any of those words mean, then this probably isn’t the costume for you and your significant other. However, if you a a diehard Potterhead, then this look is definitely a keeper.

12. Sally and Boo from Monsters, Inc. 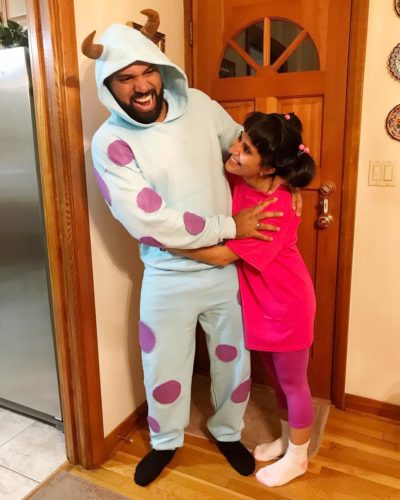 Take a trip down memory lane by dressing up as Sully and Boo from Pixar’s Monsters, Inc. All you need is some pink and blue clothing, some hair bunchies, some purple spots and some horns. Simple. 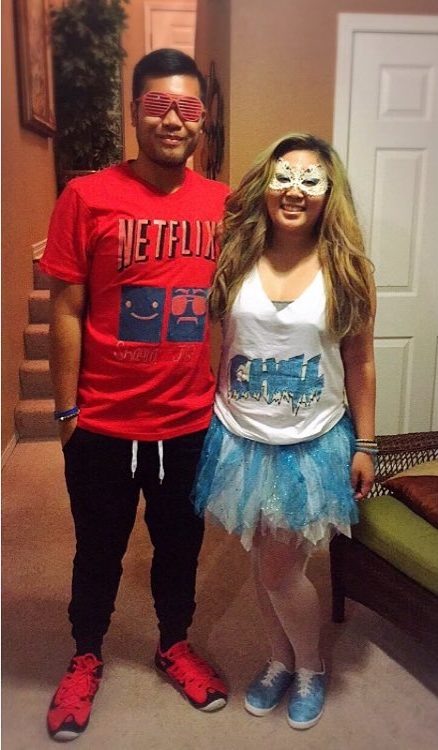 Yes, this couple’s costume has been done a million times over and is unequivocally cliché. However, if you are lost for ideas, it is a safe bet and very easy to create from scratch.