Warner Bros. Pictures’ Joker laughed all the way to the band for the second weekend in a row, with the comic-book thriller repeating in the top spot with $55.86 million — enough to not only break Gravity’s $43.2 million record for best second weekend in October, but to easily beat a trio of new wide releases in The Addams Family, Gemini Man and Jexi. Of those, The Addams Family proved to be the major breakout, while Gemini Man debuted to underwhelming results and the little-promoted Jexi was practically ignored. 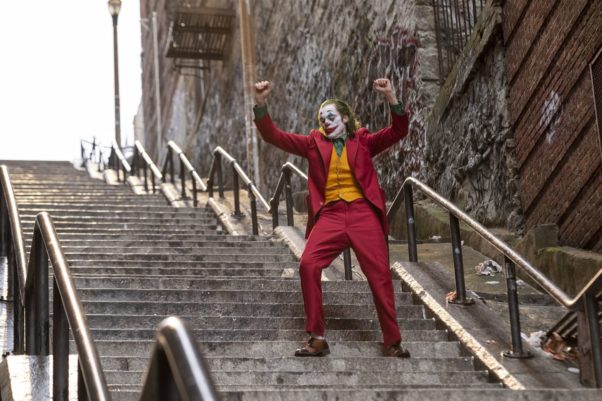 Joker held on to the number one spot at the box office last weekend with $55.86 million. (Photo: Warner Bros. Pictures)

Despite being the subject of furious controversy and mixed critical reviews, Joker showed strong staying power in its second weekend, slipping just 41.9% from its October-record $96.20 million opening. That is far better than the 56% second-weekend drop for last year’s Venom, which previously held the October opening record with $80.26 million, defying many predictions that Joker would be front loaded. But the film’s high audience scores suggest positive word-of-mouth, not to mention sheer curiosity arising from the controversy, is likely continue to fuel strong holds in the weeks ahead. With a domestic $193.59 million so far, Joker has become one of this fall’s blockbusters. 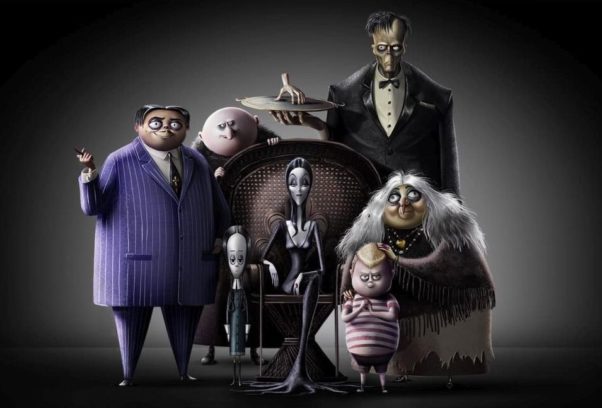 Opening strongly in second place was United Artists Releasing’s The Addams Family, which outperformed expectations to debut with $30.30 million. Despite poor reviews from critics, the 3D animated update of the classic TV show and its previous live-action theatrical adaptations took advantage of a relatively light market for family-friendly fare and a prime pre-Halloween release date. It was also powered by strong brand recognition spanning multiple generations — giving parents greater motivation to see it with their kids — while premium 3D showings helped boost its opening purse significantly. As a result, it debuted higher than other recent dark PG-rated fare including 2015’s Goosebumps with $23.62 million and last year’s The House with a Clock in Its Walls with $26.61 million.

Finishing in third place, Paramount Pictues’ Gemini Man debuted to a relatively weak $20.55 million, an opening that pales in comparison to its $138 million budget. Starring Will Smith as a hitman being hunted down by a younger clone of himself, the sci-fi/action film directed by Ang Lee has received a lot of press for its groundbreaking visual effects, but poor reviews, and competition with Joker for adult male audiences put a dent in its performance. Although Smith rebounded with this summer’s blockbuster live-action Aladdin remake, Gemini Man’s opening take is relatively weak in the scheme of his action titles, even falling below the $27.52 million opening take of the poorly-received After Earth in 2013. Smith’s continued strong appeal with overseas audiences may help take some of the sting out of its relatively weak North American performance. 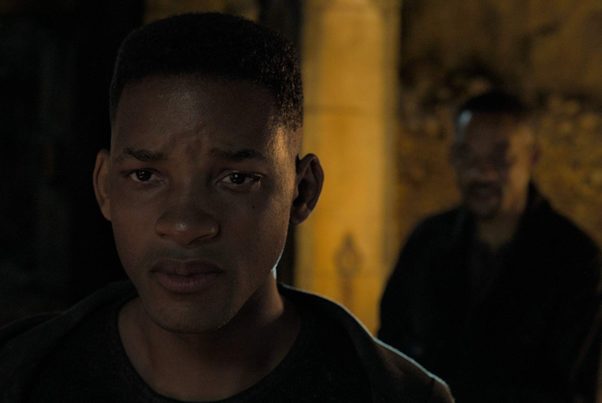 Fourth place went to Universal Pictures’ Abominable, which fell 49.1% to $6.07 million in its third weekend. That brings the domestic total for the $75 million animated adventure to $47.87 million to date.

Focus Features’ Downton Abbey continued strong last weekend with $4.88 million in fifth place, bringing its domestic total to $82.67 million after four weekends, a 38.9% drop. This week it will surpass 2005’s Brokeback Mountain with $83.04 million to become the studio’s highest-grossing release of all time not adjusting for inflation.

In sixth place, STX Entertainment’s Hustlers continued strong in sixth place dipping 39.1% to $3.89 million, lifting it to $98.05 million domestically through the end of its fifth weekend. Look for the crime drama to pass $100 million by this coming weekend, becoming only the third title in STX history to do so after Bad Moms with $113.2 million and The Upside with $108.2 million.

Finishing in seventh place, Roadside Attractions’ Judy took in $3.22 million in its third weekend, a slide of 30.0% after adding 169 locations. The Oscar-buzzed Judy Garland biopic starring Renee Zellweger now has $14.94 million in North America to date.

Warner Bros.’ It: Chapter Two fell 41.0% to $3.14 million to finish in eighth place. The horror sequel now has a domestic total of $207.05 million through the end of its sixth weekend.

The final new wide release of the weekend, Lionsgate Films’ Jexi, debuted in ninth place with $3.11 million — not surprising given how little fanfare accompanied the release of the critically-panned Adam DeVine-Rose Byrne comedy.

This coming weekend sees the debut of a pair of sequels: Disney’s Maleficent: Mistress of Evil and Sony Pictures’ Zombieland 2: Double Tap.