Not Just a Number

In 2017, when I was 24 and my boyfriend was 33, we were at a bar and some footage of 9/11 played on a projector. I still don’t know why that was happening — it wasn’t 9/11 or anything — but it prompted him to ask me the single funniest question he has ever asked me: “Were you even alive for 9/11?” In his defense, he was a few drinks in and he immediately realized the implications of dating someone who was born post-2001 (namely: the illegality of it). 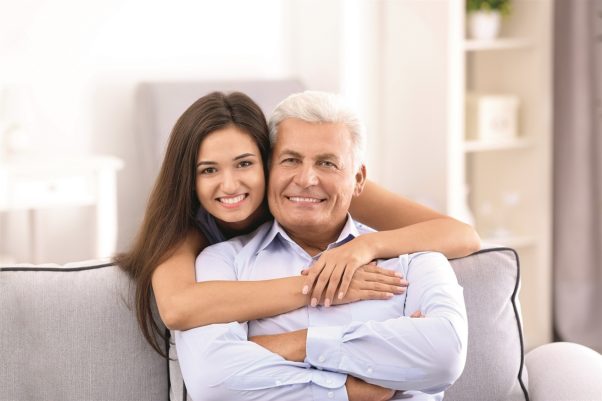 For the most part, though, our nine-year age gap goes ignored: in our group of friends I am one of the youngest and he is one of the oldest, but we know the same people. Besides that night at the bar, I can recall only two occasions when I was painfully cognizant of the age gap. The first was when I introduced him to my parents: I still feel 12-years-old around them, which made him seem very 33-years-old. The other time was when he showed me Paula Abdul’s “Opposites Attract” music video. He was dismayed to learn I had never seen it, and so was I.

Most people don’t think age-gapped relationships are a big deal. A 2008 study found that couples only face societal disapproval when their age difference is more than 10 years. Even big age gaps tend to become less taboo as people get older, and it certainly matters at what age the couple met. If you date someone you knew when they were a child and you were a full-fledged adult, that is uncomfortable.

While people certainly have a lot to say about women dating younger men, generally, society is more tolerant of the reverse pattern of men dating younger women, although we do tend to label the women in those relationships “gold diggers” or “trophy wives.” Take a long moment to ponder the glaring lack of derogatory terms for the men in the same circumstances.

I talked to people who are in relationships with substantial age gaps about what it is like to date someone substantially older or younger. We also talked about how they deal with judgment from other people, being in different stages of their careers, family planning and getting along with each other’s friends.

How did you meet your partner?

“We met in law school, but we were both with other partners at the time and just became friends.” —Ashley, 34, 14 years younger than her husband

“I was a college student working for the student newspaper. He was 40, filling in over the summer as an adviser and copy editor. I was 22 and engaged to another man close to my own age. In a very emotional and dramatic fashion, I broke up with the fiancé and moved in with Dennis. We married a few years later and had two children. Looking back, our early relationship was inappropriate for a college adviser and student.” —Lila, 55, 18 years younger than her husband

“We met at the gym, but it took three years or so to connect romantically. I was a coach and would not have asked her out, but fortunately she doesn’t share my moral code [and asked me out].” —Nathan, 49, 14 years older than his partner.

“We met at a wedding; we always say that we never would’ve matched on a dating app because we wouldn’t have even been in each other’s age brackets and our interests would’ve been completely different.” —Emma, 26, 11 years younger than her boyfriend

Did you know that there was an age difference right away?

“The first time I saw him, I thought, ‘old guy.’ But it’s funny how when you get to know someone… those first impressions about outer appearances can change.” —Lila

“Yes. That’s one of the reasons I would not have asked her out. That and I thought she might be a Republican. She’s not.” —Nathan 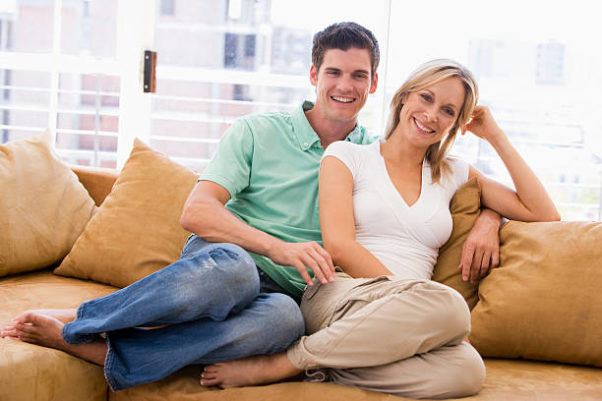 Even big age gaps tend to become less taboo as people get older, and it matters at what age the couple met. (Photo: iStock)

Do you feel like you are in different places in your lives?

“The age gap becomes most obvious when dealing with our parents. His parents are going through some of the typical aging complications, and his father has advanced dementia. My parents are closer in age to my husband and still in pretty good health. My father watches my kids two days per week and they are actively traveling, working on their house, participating in social events and generally acting like people with an empty nest.” —Ashley

“In some ways. She’s killing it in her career right now, and I’m looking for a second act career-wise. Turns out that second act will be stay-at-home dad for a while. But with a kid on the way, we are very much thrust into the exact same place in our lives.” —Nathan

“Our differences appear when we’re with our friends. When it’s just the two of us, the age difference is not apparent in any way.” —Nicole, 43, 16 years younger than her husband

“There’s a big difference between what I do for fun — social media, coffee shops — and what he does: a bowling league and a dart league. Sometimes, he tries to give me advice because ‘he’s been through it.’ I’m not super crazy about that, as it does make the age gap seem a lot bigger.” —Nina, 26, nine years younger than her boyfriend

Do others make comments about the age gap?

“My husband acts like he’s in his 30s and doesn’t look particularly old, so most people don’t realize there’s an age difference until it’s pointed out to them. It doesn’t bother either of us and we’re usually the first ones to make jokes about it.” —Ashley

“A few people made age comments over the years, usually by mistaking him for my father, which was embarrassing, but more for them than me or Dennis. I didn’t care. We enjoyed raising kids together, and while his age slowed him down earlier than other dads, he was more nurturing and loving with our boys when they were very young.” —Lila

“My friends were the most vocal — they all thought he was too young to be serious about a relationship (and in the end they were right). I admit I felt like in public, people assumed I was his aunt or that we were just friends, and it bothered me a bit.” —Gwen, 48, 19 years older than her ex-boyfriend

“The age gap sounds bad until you know us and the way we interact. At face value, it’s definitely alarming and I understand why anyone would be concerned. It’s exhausting to constantly have to explain the relationship. I find myself preemptively defending it before anyone’s even had a chance to say anything.” —Thalia, 26, more than 20 years younger than her partner.

What do you enjoy about the age gap in your relationship?

“You can’t beat having someone who is more established in his life — he’s already had two or three careers and is now embarking on a new one as a law school professor. It’s nice to be able to rely upon his life experience when I’ve not done something yet or don’t know how to handle something.” —Ashley

“It’s nice to be with someone who has themselves figured out and can function as an adult. I was so tired of dating men who didn’t know how to do basic things like wash their bedsheets regularly or have an extra towel for guests. I don’t have to teach my partner how to be a person, which lifts a huge burden and saves me a lot of emotional labor.” —Thalia

“That my boyfriend had 10-plus years of therapy before I met him. We communicate and fight in really healthy ways (I think) and he already knows what some of his deal breakers have been in previous serious relationships.” —Emma

Does the age gap ever come up between you in negative ways?

“Our relationship started as a purely physical interaction where our age-difference was essentially a kinky bit of excitement, but we quickly realized how well we worked as a team. The age gap at this point is mostly irrelevant, and neither of us considers it to be important, or a defining characteristic of our relationship.” —Sean

“The biggest challenge is knowing we won’t stay together forever. I want to have more kids, to get married, to buy a house and he doesn’t. We broke up over that once, but it’ll come to a head again eventually. Also, he wears some really dorky dad sandals.” —Nina