Your Smile Can Affect Your Overall Style

Smiling is a natural part of our day to day lives, but did you know that this simple action can be powerful in not only making us feel great, but look healthier and happier too? This reflection of our happiness can lead to us being treated differently, whether we have taken a visit to the best dentist in London or not. From making you appear younger and more attractive to improving confidence and creating a more approachable air, here is how your smile can affect your overall style. 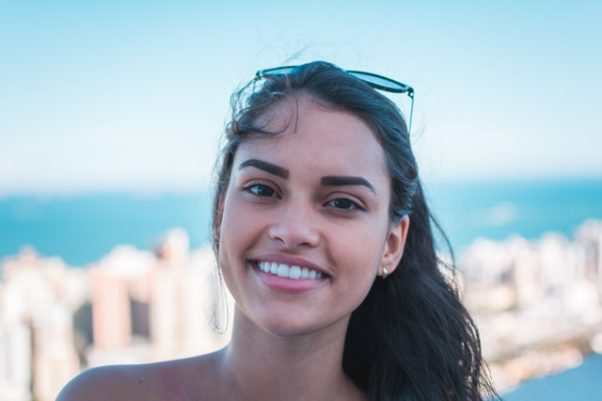 We have all seen movies and heard rumors that smiling gives you wrinkles and should be avoided. But did you know that smiling regularly can actually make you appear younger? In studies conducted by the UMKC, it appeared that college students perceived older people as being younger than their true age when they were smiling, while those who were frowning appeared older. The temporary facial lift given when you smile can even out fine lines without paying for a facelift.

A smile can make us more attractive

While placing your self-confidence and esteem on a smile isn’t advised, a simple smile can actually make you appear more attractive to those around you. We are naturally drawn to those around us who are smiling, even catching the “smile bug” ourselves! On the other hand, those with more negative facial expressions such as a frown, grimace or scowl, can appear less attractive and push people away or discourage them from interacting with you.

It can make you more confident

Not only is smiling contagious for those around us, but it can elevate our own moods, even when the smile is initially forced. Every time you smile, dopamine, endorphins and serotonin are released throughout your brain, creating a better sense of positive wellbeing and an injection of confidence. A little added bonus to this release comes in the form of natural pain relievers, helping reduce aching muscles or any other pain that you might have throughout the body.

It can make you seem thinner

While there are only a few studies to back this up, it is suggested that a smile can actually help you appear thinner to those around you. In a study that saw college students guess the weight of a person according to a flashed image, these students seemed to suggest that those who were frowning or scowling were “heftier” than those who were smiling.

It can help you seem more approachable, likeable and competent

While this can seem like a bit of a given, you would be surprised just how easily a smile can make you appear more approachable to those around you. “Service with a smile” certainly isn’t a thing for no reason! A simple smile can help people see you as a friendlier, more receptive person, as well as more competent in whatever activity you are doing at the time, as well as on a more general basis.

While smiling isn’t the ultimate cure to confidence issues, taking time to smile more often can give you a much-deserved mood boost more often than you think. From releasing those all-important hormones and chemicals in your brain to making you appear more approachable and likeable, a smile can change up how you look and how people perceive you with ease.