Stephen King’s dastardly clown returned to theaters last weekend (Sept. 6-8), and — as expected — It: Chapter Two dominated the weekend box office with $91.06 million. While that is a far cry from the first It’s record-breaking $123.40 million debut two years ago, the Warner Bros. Pictures/New Line Cinema sequel nonetheless scored the second-highest opening weekend ever for a horror film, well ahead of last fall’s Halloween reboot with $76.2 million, the second-highest opening weekend for the month of September and the fifth-highest debut of all time for an R-rated film. 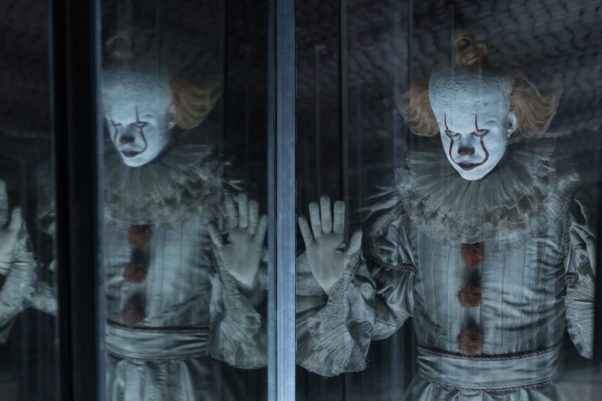 Opening on 4,570 screens — the highest-ever for an R-rated movie and the fifth-highest among all films — It: Chapter Two rode an aggressive marketing blitz and a wave of hype to score the seventh-highest opening weekend of the year so far. The debut is just about what was anticipated by the studio going into the weekend, even as it was considerably below what many pundits had been predicting in light of the first film’s monster opening.

One possible factor in the lower opening weekend for the sequel compared to its predecessor may have been its longer running time. Clocking in at two hours and 49 minutes, the film runs 34 minutes longer than the first It, which likely affected the number of bookings theaters were able to pack into a day. But most importantly, excitement surrounding the sequel, while still substantial, seemed somewhat diminished as compared with the original, with pre-sales in particular coming in considerably lower. Critics also weren’t as kind this time around: Chapter Two so-so critical reviews, as compared with good reviews for the first movie. That may well have dampened enthusiasm among viewers who were perhaps lukewarm on the first It to begin with.

Still, audiences who did turn out seem to have enjoyed Chapter Two, which got good audience scores (the same as the first movie, although with far fewer reviews). That could point to the sequel performing similarly to the first, which finished its run with $327.48 million. If It: Chapter Two preforms as well, it should finish somewhere around the $240 million mark domestically.

After two weeks in first place, Angel Has Fallen fell to second in its third weekend with $5.99 million, a drop of 49.2% from the previous weekend, bringing the total for the action threequel to $53.45 million domestically. That puts the Lionsgate Films release approximately 7% ahead of its predecessor London Has Fallen, which had taken in $50 million at the same point.

In third place, Universal Pictures’ Good Boys continued its run falling 42.4% to $5.48 million in its fourth weekend, bringing the comedy to an impressive $66.94 million in North America so far.

The Lion King enjoyed its eighth consecutive weekend in the top five with $4.32 million, a 37.6% fall, putting it in fourth place and bringing the CGI remake to $529.24 million domestically. The Walt Disney Studios blockbuster will soon pass Rogue One: A Star Wars Story with $532.18 million and The Dark Knight with $535.23 million to become the 11th-highest grossing film of all time in North America.

Fast & Furious Presents: Hobbs & Shaw finished in fifth with $4.32 million, down 41.0%, giving the Universal spinoff $164.34 million in North America through its sixth weekend. In sixth place was Sony Pictures/Affirm’s Overcomer, which took in $3.71 million in its third weekend release. That is a drop of just 37.6% from the prevous weekend for the faith-based sleeper, which now has $24.67 million in North America.

Finishing in seventh place was Paramount Pictures’ Dora and the Lost City of Gold with $2.35 million, a fall of 42.7%. That brings its domestic total to $54.33 million after five weekends. Eighth place went Fox Searchlight’s Disney-released Ready or Not with 2.31 million in its third weekend, a drop of 60.9% from the previous weekend. That brings the horror film’s domestic total to $25.71 million to date.

Rounding out the Top 10 were Lionsgate/CBS Films’ Scary Stories to Tell in the Dark, which finished in ninth place with $2.30 million in its fifth weekend. That was a fall of 54.0%. brining its North American total to $62.12 million to date. And in 10th place was Sony’s Once Upon a Time in Hollywood with $2.17 million, down 47.3%. Its domestic total now stands at $134.37 million.

This coming weekend will see the debut of Warner Bros.’ The Goldfinch and STX’s Hustlers.