Angel Has Fallen Rises to the Top Spot

Hollywood continued to flood theaters with new releases in the final weekend before Labor Day (Aug. 23-25), pushing out the action threequel Angel Has Fallen, the R-rated horror film Ready or Not and the faith-based drama Overcomer. Among those titles, Lionsgate Films’ Angel Has Fallen was the one to snag the top spot with a $21.38 million debut, demonstrating the continued strength of the Gerard Butler franchise. 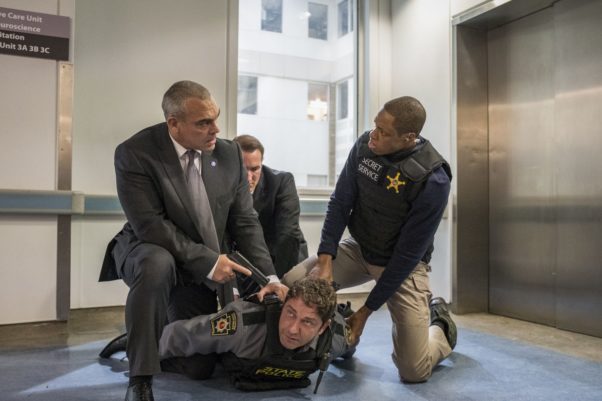 Angel Has Fallen finished in first place over the weekend with $21.38 million. (Photo: Jack English/Lionsgate Films)

Angel Has Fallen was the second Lionsgate R-rated action threequel to capture the top spot at the box office this year following John Wick: Chapter 3 – Parabellum, which opened with $56.8 million back in May. Although obviously not in the same league, Angel Has Fallen managed to outperform most projections.

With last weekend’s launch, Angel Has Fallen came in just 1.1 percent below 2016’s London Has Fallen with $21.6 million, although the first film in the franchise — 2013’s Olympus Has Fallen — remains the highest opener of the three, having taken in $30.3 million in its debut. Reviews were poor, but that is par for the course for a franchise that has always been more of an audience than a critical favorite. Like its predecessors, Angel Has Fallen came in with excellent opening audience scores.

Second place went to the previous weekend’s top movie, Universal Pictures’ Good Boys, which fell 45.6 percent to $11.64 million in its second weekend. That is a solid hold for the comedy, which has noew earned a healthy $41.94 million domestically after 10 days. 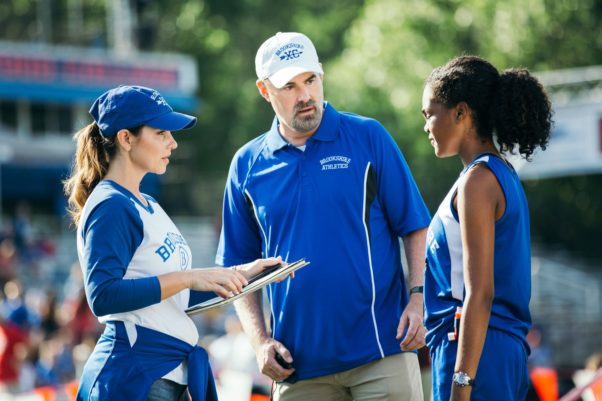 Debuting in third place with a strong opening was the Christian sports drama Overcomer, which scored $8.15 million. The Sony Pictures/Affirm Films release benefitted greatly from the name value of writer-directors the Kendrick Brothers, who previously wrote faith-based hits with films like 2006’s Facing the Giants with $10.1 million in North America off a $100,000 budget, 2008’s Fireproof with $33.4 million, 2011’s Courageous with $34.5 million and 2015’s War Room, which opened with $11.5 million and went on to gross $67.7 million domestically. Although reviews for the film were mostly negative, it clearly won out with its target audience, with opening-day viewers awarding it near-perfect scores.

In fourth place, Universal’s Fast & Furious Presents: Hobbs & Shaw earned $8.07 million, a drop of 43.1 percent, bringing the total for the Fast & Furious spinoff to $147.63 million through the end of its fourth weekend. That number puts it in fifth place all-time among films in the franchise, having surpassed the $144.5 million gross of the first installment not adjusting for inflation.

After crossing the $500 million domestic mark last week, Walt Disney Studios’ The Lion King came in fifth with $8.07 million, less than $3,000 under Hobbs & Shaw, bringing the Disney blockbuster to $510.55 million through the end of its sixth weekend. That puts it over the $504 million brought in by the live-action Beauty & the Beast remake in 2017, making it the top-grossing Disney live-action/CG reimagining to date.

The weekend’s final new wide release, Fox Searchlight’s Ready Or Not finished in sixth place with a decent three-day $8.02 million debut, giving the horror-thriller a total of $11.04 million in North America since opening Tuesday night.

Some projections had the Fox Searchlight title released by Disney finishing in the low teens for the three-day period, so it came in slightly below expectations despite good reviews and good-for-the-genre audience scores. The opening is actually closely aligned with the similar horror film You’re Next, which opened to $7 million in 2013 on its way to a final domestic total of $18.4 million.

Following a disappointing $10.35 million debut the prevous weekend, Sony’s The Angry Birds Movie 2 fell 38.4 percent to $6.38 million in seventh place, giving the animated sequel a disappointing $27.11 million after 10 days. It is currently about 59% behind the first Angry Birds, which grossed $66.4 million by the same point in its run back in 2016.

Finishing in eighth place, Lionsgate and CBS Film’s Scary Stories to Tell in the Dark earned $5.87 million, down 41.4 percent, putting the tween-oriented horror flick at $50.36 million domestically through the end of its third weekend.

Ninth place went to Paramount Pictures’ Dora and the Lost City of Gold, which dropped 37.8 percent to $5.32 million in its third weekend. The family adventure film now has earned $43.23 million in North America.

Rounding out the Top 10 was Sony’s Once Upon a Time in Hollywood, which took in $5.01 million in its fifth weekend, a drop of 34.8 percent. That brings the total for the Quentin Tarantino title to a very good $123.19 million domestically.

Finishing outside the Top 10 was Roadside’ Attractions’ The Peanut Butter Falcon, which expanded to 991 screens after two weekends of limited release with $2.96 million, giving it a per-screen average of roughly $3K. The comedy-drama starring Shia LaBeouf and Dakota Johnson has grossed $3.68 million to date.