The Lion King Roars Into Theaters 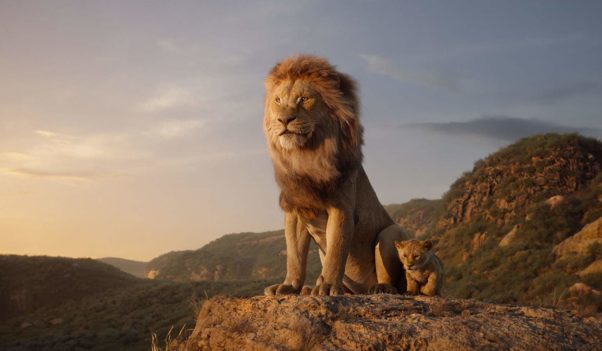 The Lion King finished in first place over the weekend with $191.77 million, setting many records. (Photo: Walt Disney Studios)

Disney’s photorealistic CG-animated remake of the traditionally-animated 1994 blockbuster took in a smashing $191.77 million in its opening weekend, which ranks as the eighth-highest debut of all time, the second-highest debut of 2019 after Avengers: Endgame, the biggest July opening ever passing the $169.1 million of Harry Potter and the Deathly Hallows Part 2 in 2011, the biggest PG-rated opening ever, the biggest Disney opening of all time outside Marvel and LucasFilm surpassing Incredibles 2’s $182.7 million, and the largest-ever debut for a remake of one of Disney’s animated films, surpassing the $174.7 million record held by 2017’s Beauty and the Beast.

Internationally, The Lion King grossed an additional estimated $269 million, bringing the worldwide haul for the film to an astounding $543.6 million in its first 10 days including $77 million earned overseas, mainly in China, prior to its North American debut.

To reach its incredible total, The Lion King overcame mixed reviews thanks to a mix of nostalgic goodwill from adult fans, a no-holds-barred marketing campaign and strong word-of-mouth from moviegoers. Not to be forgotten is the fact that it opened in 4,725 locations, which stands as the biggest debut of all time in North America. That is over 200 more screens than Aladdin debuted on in May and more than 500 more than Beauty and the Beast when it hit theaters in March 2017.

This weekend’s result breathed new life into the summer box office following a number of notable underperformers over the last couple of months, including The Secret Life of Pets 2, Men in Black: International, Godzilla: King of the Monsters and Dark Phoenix, which set some in the industry on edge. Indeed, The Lion King alone out grossed the entire Top 10 from the same weekend a year ago, when The Equalizer 2 and Mamma Mia! Here We Go Again debuted to $36 million and $34.9 million respectively.

With The Lion King’s overwhelming dominance, there was little room for other new releases last weekend, which is probably why none of the other studios put titles into wide circulation. After finishing in the top spot two weekends in a row, Sony Pictures’ Spider-Man: Far from Home dropped to second place with $21.20 million, dropping 53.3 percent from the previous weekend and bringing its domestic total to $319.86 million to date. The tally for the Marvel Cinematic Universe sequel is now less than $15 million behind the lifetime gross of Spider-Man: Homecoming, which finished its North American run with $334.2 million in 2017.

In third place, Disney/Pixar’s Toy Story 4 remained sturdy in the face of The Lion King with $15.51 million, bringing its North American total to $376.48 million to date. That pace is roughly 3 percent ahead of Toy Story 3, which currently stands as the highest-grossing entry in the series with a final tally of $415 million in North America.

In fourth place, Paramount Pictures’ alligator thriller Crawl fell 49.2 percent to $6.10 million in its second weekend, bringing its domestic total to $23.93 million after 10 days. That is actually not a bad second weekend performance for the $13.5 million production, which benefitted from largely positive reviews.

Fifth place went to the Yesterday, which dipped just 25.2 percent to $5.02 million in its fourth weekend. The North American total for the Universal Pictures musical rom-com now stands at a very good $57.12 million.

The Kumail Nanjiani-Dave Bautista buddy comedy Stuber fell to sixth in its second weekend with $4.12 million, bringing the domestic total for the 20th Century Fox title released by Disney to just $16.20 million after 10 days.

Disney’s Aladdin continued to hold well despite the presence of its stablemate in theaters this weekend, slipping just 33.7 percent to $4.09 million in its ninth weekend. The live-action remake now has $340.27 million in North America to date thanks to solid holds since releasing in late May.

Rounding out the Top 10, Warner Bros. Pictures’ horror threequel Annabelle Comes Home took in $2.60 million, a 53.7 percent drop, to eighth place for a domestic total of $66.52 million after four weekends; A24’s Midsommar earned $1.60 million, a drop of 56.4 percent to ninth place for a domestic total of $22.48 million through three weekend; and Universal’s The Secret Life of Pets 2 fell 52.0 percent to $1.54 million in 10th place, bringing the animated sequel to $151.56 million in North America through the end of its seventh weekend.

This coming weekend sees the release of Sony’s Once Upon a Time in Hollywood, Quentin Tarantino’s latest film.