With no new major competition in theaters, Sony Pictures’ Spider-Man: Far from Home easily swung back into the top spot at the box office in its second weekend (July 12-14) with $45.35 million, a drop of 51.0 percent from its $92.58 million opening. Elsewhere, Toy Story 4 remained strong in second place while new entries Crawl and Stuber opened to mixed results. 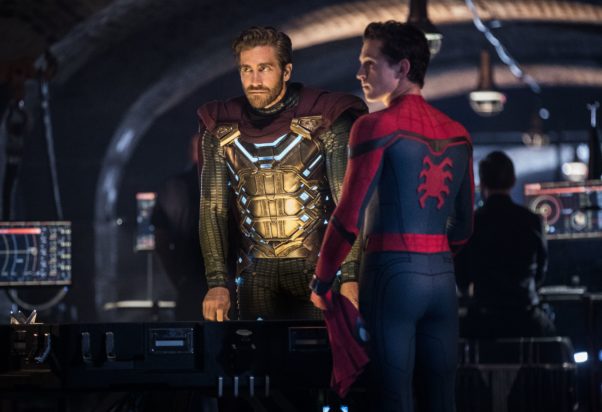 Spider-Man: Far from Home was top at the box office with $45.35 million for the second weekend in a row. (Photo: Sony Pictures)

With a fantastic $274.58 million in its first 13 days of release, Far from Home is currently about 18 percent ahead of its its predecessor Spider-Man: Homecoming, which had $225.2 million at the same point. That comparison isn’t entirely fair, however, given that Far from Home got an early Tuesday start over the 4th of July holiday week, an advantage Homecoming didn’t have. In terms of the Marvel Cinematic Universe overall, Far from Home is currently the 15th highest-grossing title in the franchise, having surpassed Captain America: The Winter Soldier with $259.7 million on Sunday.

Second place went to Walt Disney Studios/Pixar’s Toy Story 4, another blockbuster holdover that benefitted from no new direct competition, a scenario that will change drastically next weekend with the release of Disney’s sure-to-be-massive live-action remake of The Lion King. Dropping 38.1 percent to $20.95 million, the third sequel in the long-running Pixar franchise stands at $346.65 million through the end of its fourth weekend, pacing it 2 percent ahead of 2010’s Toy Story 3, although adjusted for inflation, it is actually running a bit behind its predecessor. Toy Story 4 is now the fifth highest-grossing Pixar release of all time, just behind Inside Out with $356.4 million and just ahead of Finding Nemo, which brought in $339.7 million back in 2003 — around $473 million in today’s dollars.

The alligator thriller Crawl debuted in third place with $12.01 million, putting it in similar territory to the shark thriller 47 Meters Down, which opened with $11.2 million in June 2017. The Paramount Pictures release boasts surprisingly strong reviews for a genre film. Based on opening day scores, audiences also seem to be enjoying it, which likely helped propel its box office last weekend. With a budget of just $13.5 million, this one is already looking like a profitable venture for the studio. 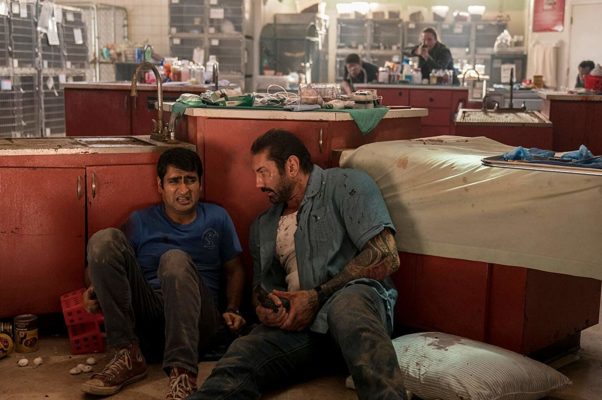 Fourth place went to the weekend’s other new wide release, 20th Century Fox’s Stuber, which brought in a rather disappointing $8.23 million. The buddy comedy starring Kumail Nanjiani and Dave Bautista garnered mixed reviews, while opening day audiences gave it an okay score. A common comparable for this one has been last summer’s Tag, another R-rated male-driven comedy, although that film fared much better with an opening weekend of $14.9 million on its way to a $54.7 million total in North America.

Universal Pictures’ sleeper hit Yesterday continued strong in fifth place with $6.71 million, a drop of just 33.3 percent from the previous weekend. The musical rom-com now has a very good $48.27 million after 17 days.

Also holding remarkably well was Disney’s Aladdin, which took in $6.17 million in sixth place, a drop of just 18.0 percent from the previous weekend. That gives the live-action blockbuster a total of $331.79 million through the end of its eighth weekend. It will likely suffer a sharper drop next weekend with the release of Disney stablemate The Lion King.

In seventh place, Warner Bros. Pictures’ Annabelle Comes Home grossed $5.62 million in its third weekend, a drop of 40.5 percent, giving the horror threequel $60.83 million to date. Just behind it was the A24 horror film Midsommar, which fell 42.1 percent to $3.67 million in its second weekend for an $18.52 million domestic total after 10 days.

Rounding out the Top 10 were Universal’s The Secret Life of Pets 2 in ninth place with $3.21 million, a drop of 31.4 percent, and Sony’s Men in Black: International in 10th place with $2.22 million, a slip of 41.3 percent.. The North American total for the animated sequel now stands at $147.24 million, while the sci-fi comedy reboot has $76.49 million to date domestically.

As previously mentioned, next weekend’s only new release is Disney’s live-action remake of The Lion King, which opened overseas last weekend.