Toys reigned supreme at the box office last weekend (June 28-30), as Toy Story 4 once again claimed the top spot with $59.70 million and Annabelle Comes Home — featuring a decidedly less-friendly doll — had a softer-than-expected opening in second place. Elsewhere, newcomer Yesterday exceeded expectations in third while Avengers: Endgame shot back into the Top 10 thanks to its re-release in more than 2,000 locations. 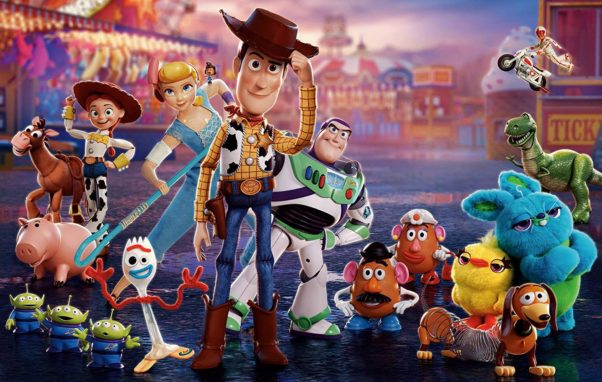 Toy Story 4 held on to first place for the second weekend with $59.70 million. (Photo: Pixar)

Following its franchise-best $120.91 million debut last weekend, Toy Story 4 fell 50.6 percent in its second weekend, which is significantly higher than Toy Story 3’s 46.2 percent drop in weekend two and roughly even with Toy Story 2’s 51.6 percent slide. Overall, it is a solid second weekend performance for the Walt Disney Studios-Pixar follow-up, which has now earned $238.69 million domestically total after 10 days, and is currently the fourth highest-grossing title of the year to date.

With a $20.27 million three-day weekend and $31.10 million since opening Wednesday — including Tuesday night previews — Annabelle Comes Home posted the lowest opening weekend of the Annabelle series of which it is the third film, as well as the larger Conjuring franchise of which it is the sixth film. Nonetheless, that is still a pretty healthy debut for a film that reportedly cost in the high $20 millions/low $30 millions to produce.

Reviews for the Warner Bros. Pictures-New Line threequel were mixed, while opening day audiences gave it a fair score, which is on the lower end for the overall Conjuring franchise but still respectable for a horror film. That is actually the same score as last summer’s The First Purge, which also debuted on Wednesday, July 4, and brought in a similar $17.3 million over the three-day period and $31.2 million over the five-day. 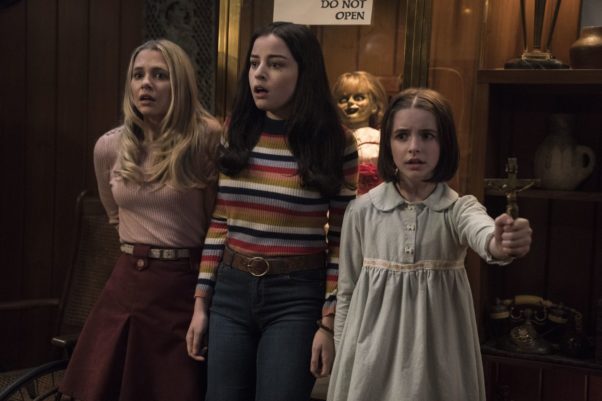 Third place went to Universal Pictures’ Yesterday, which opened to a better-than-expected $17.01 million. That is a record opening for director Danny Boyle, whose previous best was Leonardo DiCaprio’s The Beach, which brought in $15.2 million back in February 2000.

Reviews for the high-concept musical drama — which posits an alternate timeline in which the Beatles never existed — were mixed, but opening-day audiences granted the film an a very good score, suggesting word-of-mouth may have propelled the film’s performance last weekend. Along with Bohemian Rhapsody and Rocketman, this is the third musically-driven sleeper in recent months to deal with an iconic musical act, although unlike those films, Yesterday isn’t a biopic, so the comparison only goes so far.

In its sixth weekend, Disney’s Aladdin continued strong in fourth place with $10.11 million, a slip of 23.6 percent, bringing the total for the musical fantasy to an outstanding $306.63 million through Sunday. The Guy Ritchie-directed film is now the fourth highest-grossing Disney live-action remake after 2017’s Beauty and the Beast with $504 million, 2016’s The Jungle Book $364 million and 2010’s Alice in Wonderland with $334.1 million.

The Secret Life of Pets 2 finished in fifth with $7.31 million, a slide of 28.7 percent, bringing the total for the Universal animated sequel to $131.43 million in North America after four weeks. That is a long way off from the gross of the first film, which had brought in more than $296 million by the same point and ultimately finished its domestic run with $368.3 million.

Sixth place went to Men in Black International, which dropped 37.5 percent to $6.69 million in its third weekend. With a total of $65.17 million domestically so far, the Sony Pictures reboot/sequel is looking to finish with less than half the total of the previous lowest-grossing entry Men in Black 3, which ended its run with $179 million in North America.

Re-entering the chart in seventh place was Avengers: Endgame, which Disney re-released with a new intro by director Anthony Russo, an unfinished deleted scene and a sneak peek at this coming weekend’s Spider-Man: Far From Home. Part promo for Spider-Man, which opened to an impressive $111 million overseas last weekend, and part attempt by the studio to beat Avatar’s $2.79 billion global record, which Endgame is now less than $30 million shy of, the re-release of the climactic chapter in the current iteration of the Marvel Cinematic Universe brought in $6.11 million, bringing the film’s domestic total to $841.89 million and its worldwide total to a jaw-dropping $2.76 billion, which includes an additional $2.3 million last weekend from overseas markets.

In eighth place, Child’s Play plummeted 68.6 percent in its second weekend to $4.43 million. The domestic total for the United Artists Releasing remake now stands at $23.56 million after 10 days.

Continuing to hold well in ninth place was Paramount Pictures’ Rocketman, which fell just 29.8 percent to $3.94 million, bringing the total for the Elton John musical biopic to $84.24 million in North America after five weeks.

Finally in 10th place, John Wick: Chapter 3 – Parabellum brought in $3.25 million, a drop of 20.5 percent, bringing the total for the threequel to $161.39 million domestically to date.

Next weekend gets started on Wednesday with the release of Sony’s previously mentioned Spider-Man: Far from Home and then on Friday A24 releases its horror flick Midsommer.

The top 10 films grossed $138.83 million last weekend. That is 26.9 percent below the previous weekend’s $189.90 million total. It was also 17.0 percent behind the $167.19 million earned on the same weekend last year, when Jurassic World: Fallen Kingdom led for the second weekend with $60.91 million. Total box office year-to-date stands at $5.61 billion. That is 9.5 percent behind last year.