After the events of last week, which saw Justin Bieber call out Tom Cruise for a fight, we decided to revisit the best celebrity feuds of all time. We don’t know what prompted Bieber to single out Cruise for a fight, but what we are certain of is that a feud between the two has been conceived. The fistfight that Bieber wants may not materialize, but some shade is going to be thrown from here on between the two. Considering this, let us take a moment to revisit some of the best celebrity feuds of all time. 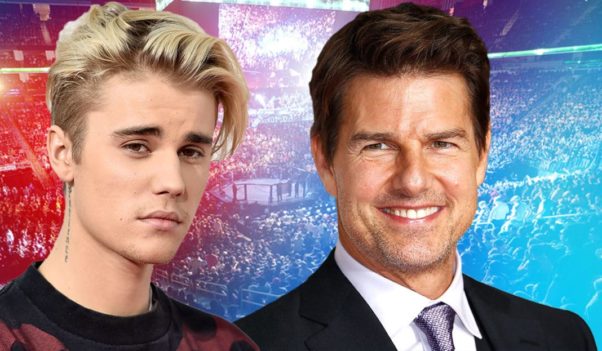 Paris Hilton and Nicole Richie were once the best of friends. However, they turned into enemies and, despite what looked like a period of transformation, the two do not see eye to eye. Hilton was the first one to reveal to the press that she was no longer friends with Richie. She refused to divulge the reason why, and Richie when asked also refused to state the reason behind their sudden enmity. Reports, however, came out stating that after Hilton became the darling of the media, Richie was enraged such that she set up a party and during the middle of the party, she publicly aired Hilton’s sex tape. Hilton was hurt by Richie’s decision, and since then the two have never really mended their relationship.

Taylor Swift and Kanye West’s feud started when West interrupted Swift’s acceptance speech during the MTV Video Music Awards. She had just won for the best music video of the year, but West interrupted saying he just wanted to let the world know that there is one person who has a better music video, i.e. Beyoncé. Swift obviously did not like his actions, but the two made up a little over a year later. However, when all seemed to be quiet, West released the song Famous in which he said “I made the b*tch famous” in reference to Swift. Despite the video released by West’s wife, Kim Kardashian, West portrayed Swift allegedly agreeing to the song’s lyrics before its release. The two haven’t mended their relationship.

Taylor Swift returns once again, but this time in a feud with Katy Perry. The two started as friends during their early days in the music industry, but soon became enemies. According to Swift, the bad blood between them started when Perry engaged in some underhand dealings to sabotage Swift’s tour. Swift did not take this lightly as she went public with the story. Later, she released the song Bad Blood which many people believe is a diss to Perry. Perry has largely remained silent on the origins on their enmity, but she has released several songs including Swish Swish, which many people believe is a diss to Swift. Perhaps, Perry has remained silent because she is busy engaging in her favourite pastime, i.e. gaming. If you so wish to be like Perry in your spare time, you can always visit NoviBet Casino and play all your favorite games.