The string of disappointing Summer 2019 debuts continued at the box office over Father’s Day weekend (June 14-16), with newcomers Men in Black: International, Shaft and Late Night all stumbling in their respective openings. The most notable disappointment was Men in Black: International, which finished in first place, but only took in $30.04 million from a whopping 4,224 locations, far below what previous installments in the long-running series managed. The overall result represented a nosedive from the same weekend last year, when the Top 10 brought in a combined $258.48 million on the strength of the record $182.69 million debut of Walt Disney Studios/Pixar’s Incredibles 2. Of course, this coming weekend’s debut of Toy Story 4 should help remedy that.

Despite debuting in first place, Sony Pictures’ Men in Black: International managed roughly half of what the three previous films in the franchise did in their respective debuts, making this the lowest opening weekend of the long-running series to date. When adjusting for inflation, the result is even starker, as the first Men in Black’s $51 million opening in July 1997 would translate to roughly $81 million in 2019 dollars. Of course, this is the first film in the series not to feature original stars Will Smith and Tommy Lee Jones, instead featuring Tessa Thompson and Chris Hemsworth, which may very well have impacted turnout.

Fortunately, the reported budget on Men in Black: International is $110 million, roughly half of Men in Black 3’s $225 million price tag. The latter film did over 2/3 of its business overseas, and Sony is clearly hoping for the same kind of ratio here given its underwhelming domestic debut. Critics didn’t like this one, even less than 2002’s poorly-received Men in Black II, which opening day audience scores were only so-so.

In second place, Universal Pictures’ The Secret Life of Pets 2 grossed $24.41 million in its second weekend. That is a drop of 47.7 percent from its disappointing $46.65 million debut the previous weekend, roughly the same as the first film’s 51.3 percent. The sequel now has $92.65 million in North America after 10 days and will likely be all but obliterated by this coming weekend’s highly anticipated Toy Story 4.

Still strong in third place was Disney’s Aladdin, earned $17.31 million in its fourth weekend, a drop of just 29.9 percent from the previous weekend. The family release has banked $265.04 million to date.

Rising one spot to fourth place was Paramount Pictures’ Rocketman, which enjoyed another strong hold in its third weekend with $9.42 million, a drop of just 31.8 percent. The Elton John musical biopic, which seems to be benefitting from strong word of mouth, now has a very good $66.76 million domestically to date.

Disney’s release of 20th Century Fox’s Dark Phoenix crumbled in its second weekend due to poor word-of-mouth, falling 71.5 percent to $9.35 million for $52.12 million after 10 days. The final film in Fox’s main X-Men series cost a reported $200 million, making this one of the most costly disappointments of the year to date. 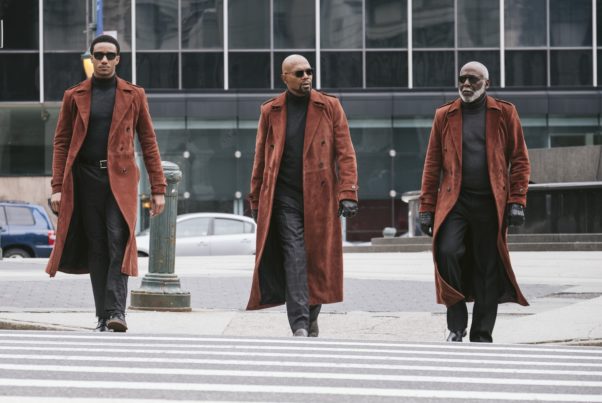 Warner Bros. Pictures’ Shaft too in $8.90 million in sixth place, which is a disappointing result for the action-comedy reboot. Poor critical reviews certainly didn’t help, though moviegoers who did turn out seem to have enjoyed it, with the sequel/reboot garnering excellent first day audience scores. Notably, the last film in the series, 2000’s Shaft starring Samuel L. Jackson, who returns in the new installment along with original star Richard Roundtree, brought in a much-better $21.7 million or roughly $37 million adjusted for inflation over Father’s Day weekend 19 years ago.

Warner Bros.’ Godzilla: King of the Monsters leveled out a bit after a near-70% drop the previous weekend with $8.79 million in seventh place, a drop of 43.1 percent from the previous weekend’s total. The domestic total for the monster flick now stands at $94.37 million after 17 days
.
Lionsgate Films’ John Wick: Chapter 3 – Parabellum continued strong in its fifth weekend, slipping just 13.8 percent with $6.40 million in eighth place. The threequel has earned $148.93 million domestically through Sunday.

The weekend’s final wide opener, the well-reviewed Mindy Kaling-Emma Thompson comedy Late Night, earned $5.26 million in ninth place after bringing in $246,305 from just four screens the previous weekend. That isn’t a great result for the film, which Amazon Studios picked up for a record-breaking $13 million at the Sundance Film Festival. Its North American total now stands at $5.57 million.

Finally, in 10th place, Disney-Marvel Studios’ Avengers: Endgame took in $3.73 million in its eighth weekend, a drop of 23.4 percent, bringing its domestic total to $830.70 million. It just barely beat out Universal’s Ma with $3.72 million, which fell out of the Top10.