Colorectal cancer is considered to be the third most common cancer diagnosed in both men and women in the world. Ulcerative colitis (UC) is another disease that has now become common among middle-aged and older people. This is a type of inflammatory bowel disease that causes irritation and swelling of the colon or large intestine. 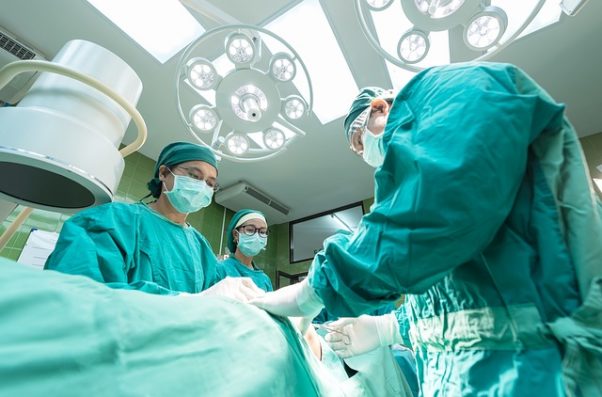 Colectomy, or large bowel resection, is commonly known as large intestine surgery. This is a surgical treatment in which a part or all of the colon or large intestine is removed. There are four types of colectomy-

Depending on the diagnosis of the symptoms, specialists recommend any of the above-mentioned surgeries as treatment.

Why a colectomy is needed

Large intestine surgery is recommended by doctors in any of the cases discussed below:

How is a colectomy carried out?

Before initiating the surgical procedure, surgeons provide patients with drugs or medicines such as Aminosalicylates, Corticosteroids, Immunomodulators, Biologics, etc. to cure the mild pain and some gastric symptoms in the abdomen. The patient will be wheeled to an operating room and positioned on a table. He or she will be given a general anesthesia that induces sleep so that the patient is unable to feel any pain during the operation. The surgical team will then proceed with the colectomy. Colon surgery is generally performed in two ways:

Traditional colectomy. Conservative large intestine surgery requires a surgeon to make an incision of about 6 to 8 inches long in the abdominal wall to access the colon. The surgeon uses surgical tools to cut free the intestine from the surrounding tissue and cuts a part of the colon or the entire colon.

Laparoscopic colectomy. A laparoscopic colectomy, which is also called minimally invasive colectomy, involves several small incisions in the abdomen. After that, the surgeon inflates the abdominal cavity with carbon dioxide gas, which helps them to navigate the laparoscope easily through a cannula. They pass a tiny high-resolution camera through one incision and special surgical tools through the other incisions. The surgeon views a video screen in the operating room as the tools are used to cut the colon from the surrounding tissue. The colon is then brought out through another small incision or port in the abdomen. This process allows the surgeon to operate on the colon outside of the body. Once the colon is repaired, the surgeon reinserts the colon through the incision.

No matter which of the two large intestine surgeries is performed, the next step is to staple or stitch the ends of the colon that are left. This is known as anastomosis. If only a little portion of the colon is left, surgeons make an opening called a stoma on the outer wall of the belly. The colon is then attached to the outer wall. Stool goes through the stoma into a drainage bag that is attached outside the body. The whole method is known as colostomy. A colostomy can either be short-term or permanent.

How to prepare for a colectomy

Is there any risk involved while undergoing a colectomy?

The risk of complications after the large intestine surgery is based on the patient’s general health, the type of colectomy he or she is undergoing and the approach used by the surgeon to perform the operation.

Generally, risks of colectomy include bleeding, deep vein thrombosis (DVT), which is blood clots in the legs, infection, injury to internal organs near the colon, such as the bladder and small intestine, and tears in the sutures that are used to bandage the remaining parts of the digestive system.

Once the colectomy is complete, doctors suggest that patients limit their consumption of dairy products. Consumption of low fat and high fiber foods are recommended. Regularly eating small meals is suggested. The nurses also show patients how to take care of the wound so that faster recovery is ensured.