As expected, Universal Pictures’ animated sequel The Secret Life of Pets 2 debuted at the top of the weekend box office (June 7-9), although with $46.67 million, the Illumination release came in at the low end of expectations. Similarly, 20th Century Fox’s Dark Phoenix — another major summer sequel — had a disappointing debut with $32.83 million relative to the previous films in the X-Men franchise. 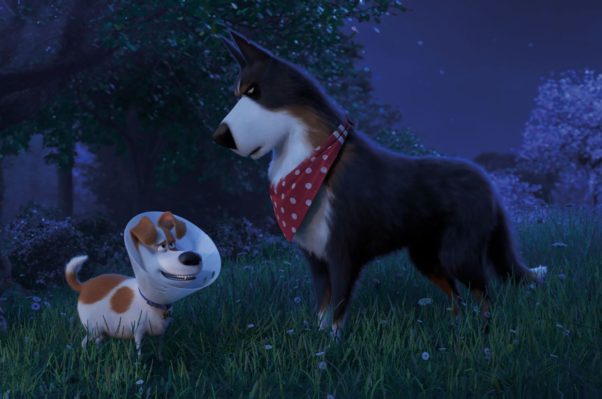 The Secret Life of Pets 2 debuted in first place with $46.67 million. (Universal Pictures)

To be fair, the opening gross of the first Secret Life of Pets was a tough number to beat. In fact, its $104.3 million debut was the biggest ever for an original film, either animated or live-action. Couple that with Pets 2’s weaker reviews, and still-stiff competition from Walt Disney Studios’ Aladdin for the family audience, and it is no wonder it fell 55.2 percent short of the first installment’s opening take.

The first film also had to contend with a strong Disney holdover, namely Finding Dory, which brought in more than $20 million over the same weekend. When looked at in context, comparisons with this year’s Lego Movie 2 are difficult to get around. That film — another heavily-hyped animated sequel — also took in about half of what the first installment did when it opened in February.

In addition to competition from Aladdin, Pets 2 will have to contend with the sure-to-be-massive release of Toy Story 4, which has been breaking Fandango pre-sales records for animation, in two weeks. Luckily, the reported price tag of Pets 2 is a low-for-CG-animation $80 million, not including marketing costs, which were no doubt substantial given the full-court press Universal has been giving the film leading up to release.

Coming in second last weekend was Disney’s release of Fox’s Dark Phoenix, which will stand as the second-to-last film in the latter studio’s X-Men franchise before Disney/Marvel Studios presumably reboots it. The debut was a full $20 million behind the X-Men series’ previous lowest opener The Wolverine, which opened with $53.1 million in July 2013.

Dark Phoenix had a few things going against it. First, reviews were largely negative. Second, its status as the next-to-last film in a franchise that will soon be getting a Marvel reboot likely dampened enthusiasm. It doesn’t help that the last X-Men group film, 2016’s X-Men Apocalypse, wasn’t exactly beloved by fans. Also, the film was pushed back from its original November 2018 release date for what were reported to be fairly extensive reshoots, which doesn’t exactly inspire confidence in the series’ fanbase.

Dark Phoenix finished second with $32.83, the lowest but in the X-Men franchise. (Photo: 20th Century Fox)

Third place went to Disney’s Aladdin, which slid just 42.4 percent to $24.68 million in its third weekend. The live-action remake has been holding well throughout its run, handily overtaking The previous champion Godzilla: King of the Monsters in mid-week business. With $232.57 million in North America so far, the family release has officially broken the one-film losing streak in Disney’s series of live-action remakes after Dumbo, which underperformed in its release earlier this year.

In fourth place, the previous weekend’s top film Godzilla: King of the Monster fell 67.7 percent in its second weekend to $15.45 million, mimicking the 2014 Godzilla’s second-weekend plunge of 66.8 percent in May 2014, although that film debuted much higher with $93.1 million. With $78.51 million domestically to date, Godzilla: King of the Monsters will no doubt fall far short its predecessor’s $200.6 million domestic total as well as fellow Universal MonsterVerse franchise companion Kong: Skull Island’s $168 million haul two years ago.

Faring much better in its second weekend was the Elton John biopic Rocketman, which dropped 46.3 percent to $13.82 million. While certainly no Bohemian Rhapsody — an unfair comparison anyway given Rocketman’s stricter R rating — the Paramount Pictures release is demonstrating solid hold thanks to positive word-of-mouth as well as its older target audience, which tends not to rush out to see new films the way younger moviegoers do. The critically-acclaimed film has earned a healthy $50.31 million in North America after 10 days.

Another holdover, Universal’s Ma, fell 56.7 percent to $7.83 million and sixth place, bringing the domestic total for the Octavia Spencer horror release to $32.78 million after 1o days. That is a good result for the Blumhouse production, which only cost a reported $5 million.

Seventh place went to Lionsgate Films’ John Wick: Chapter 3 – Parabellum, which earned $7.42 million for a franchise-best $138.68 million domestic total. In eighth, Disney/Marvel’s Avengers: Endgame slipped 38.4 percent to $4.87 million in its seventh week for a domestic total of $824.44 million, followed by ‘;/Warner Bros.’ Pokémon: Detective Pikachu with $3.19 million, a drop of 54.1 percent to a domestic total of $137.61 million and United Artists Releasing’s Booksmart, which took in $1.60 million, a 51.5 percent drop its third weekend, for a North American total of $17.83 million.