Aladdin was magic in theaters over Memorial Day weekend, taking in $91.50 million over the three-day period and $116.81 million over the four-day, nearly 27 years after the release of its animated inspiration. Meanwhile, Booksmart and Brightburn debuted to okay results while Avengers: Endgame became only the second film ever to cross $800 million in North America.

Debuting in an exceptional 4,476 locations, Aladdin rose above some early negative buzz centered around Will Smith’s computer-generated genie and mixed reviews to become the fourth-largest opening ever for a Walt Disney Studios live-action reimagining, behind only Beauty and the Beast with $174.7 million, Alice in Wonderland with $116.1 million and The Jungle Book with $103.2 million. That is a much better opening than this year’s Dumbo, which debuted to a disappointing $45.9 million on its way to $112.9 million in North America and roughly $350 million globally to date. It is reasonable to assume the flying elephant simply wasn’t as big a draw for younger generations given its more dated source material.

Aladdin is the second-highest three-day opening for Smith after 2016’s Suicide Squad with $133.6 million, having surpassed the $77.2 million debut of I Am Legend in 2007 when ticket prices were considerably lower. It is also the highest-ever opening for director Guy Ritchie, whose previous best was Sherlock Holmes, which debuted to $62.3 million in 2009.

Second place went to the previous weekend’s champ John Wick: Chapter 3 – Parabellum, which fell 56.7 percent in its second weekend to $24.59 million over the three-day weekend and $30.97 over the four-day period. That is a larger drop than for either of the franchise’s previous installments, which slipped 44.5 percent (John Wick) and 46.7% (John Wick: Chapter Two) in their respective second weekends. Nonetheless, Parabellum was more front-loaded than its predecessors given its $56.82 million opening last weekend – nearly double what John Wick 2 grossed in its debut – and its $107.61 million gross through Monday is already more than either of the previous entries managed in their entire runs.

Third place went to the fifth weekend of Avengers: Endgame, which brought in $17.20 million over the three-day weekend and $22.06 million for the four-day. The total for the Disney/Marvel Studios blockbuster hit $803.40 million on Monday, which, as previously mentioned, made it just the second time a title has ever passed $800 million in North America besides 2015’s Star Wars: The Force Awakens, which earned $936.6 million total.

Pokemon Detective Pikachu fell 46.6 percent to fourth place in its third weekend of release, bringing in $13.42 million over the three-day weekend and $17.25 million over the four-day. The Warner Bros. Pictures title is looking at $120.07 million domestically total through Monday, while it has made roughly twice as much overseas. 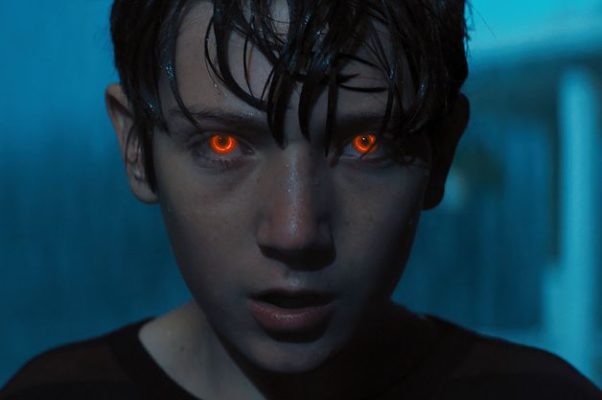 Debuting in fifth place was Brightburn, the superhero-horror film/Superman inversion starring Elizabeth Banks as the mother of an extraterrestrial young boy who uses his extraordinary powers for evil. With a three-day gross of $7.85 million and a four-day take of $9.61 million, the Sony Pictures/Screen Gems release also debuted modestly, although its reported budget was just $6 million. While reviews for the James Gunn-produced film were mixed, it benefitted from being the first wide-release horror film to hit theaters since The Curse of La Llorona opened back in April.

Close on Brightburn’s heels in sixth place was the R-rated comedy Annapurna’s Booksmart, which earned $6.93 million over the three-day weekend and $8.70 million over the four-day period, which can be counted as a modest start for the United Artists Releasing’s release. The film has been getting its share of press over the past couple of weeks thanks in part to actress Olivia Wilde, who made her directorial debut with the project and has been a consistent presence on talk shows in the lead-up to release. It grabbed additional headlines following its debut at this year’s SXSW festival, where it generated a significant amount of buzz.

Booksmart’s excellent reviews helped drum up more interest last weekend, and audiences seem to generally be enjoying the film if you take into account its good audience score. Compared to other recent teen comedies, this one opened better than 2016’s R-rated The Edge of Seventeen with $4.5 million, but below 2015’s The DUFF with $10.8 million, although of course the latter benefitted from a PG-13 rating.

Falling to seventh place in its second weekend was the Universal Pictures family sequel A Dog’s Journey, which dropped 48.4 percent to a $4.14 million three-day total, and a $5.45 million four-day total. That is a larger second-weekend drop than either A Dog’s Purpose, which fell 42.3 percent, or A Dog’s Way Home, which slipped 36.1 percent. With $16.28 million through Monday, this one should finish well short of those films’ respective totals.