With Avengers fever beginning to taper off, John Wick: Chapter 3 – Parabellum dethroned the Marvel superhero blockbuster with $56.82 million, surpassing expectations and marking the best opening for the action franchise yet. Elsewhere, both the family-friendly sequel A Dog’s Journey and the YA romance The Sun Is Also a Star debuted with lukewarm numbers.

Nearly doubling the $30.4 million opening weekend of Lionsgate Films’ John Wick: Chapter Two, which itself more than doubled the $14.4 million opening of the first John Wick, Parabellum broke out in a big way last weekend (May 17-19) on a franchise-high 3,850 screens. The threequel benefitted from strong reviews, roughly the same as the first two films, and excellent word-of-mouth thanks to the two well-received installments that came before it. It also cornered the market on hard-R-rated action movies, similarly to Deadpool 2, which opened with $125.51 million over the same weekend last year.

Parabellum represents the second-largest opening of Keanu Reeves’ career, coming between The Matrix Reloaded with $91.7 million, and The Matrix Revolutions with $48.4 million both of which were released in 2003. This is the actor’s first substantial franchise since The Matrix shot his career to new heights 20 years ago. The studio reports that 63 percent of the audience for Parabellum was male, while 74 percent was older than 25.

Second place went to Avengers: Endgame, which dropped out of the top slot for the first time since its record-breaking opening weekend. With $29.97 million, a drop of 52.6 percent, and $771.37 million in North American to date, the Walt Disney Studios-Marvel Studios release officially surpassed Avatar with $760.5 million to become the second-highest-grossing domestic release of all time behind 2015’s Star Wars: The Force Awakens which grossed $936.6 million.

The previous weekend’s runner-up Pokemon: Detective Pikachu fell 53.8 percent to third place with $25.11 million. That brings the domestic total for the Warner Bros. Pictures release to $94.30 million after 10 days. 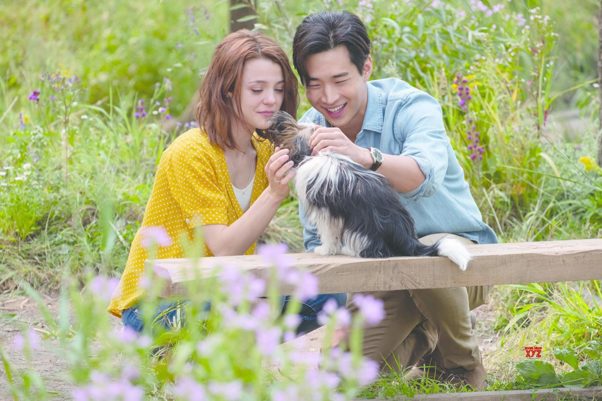 Fourth place went to Universal Pictures’ A Dog’s Journey, which took in $8.03 million in its debut weekend. That is a sharp drop from the $18.2 million debut of its direct predecessor A Dog’s Purpose and even below the $11.2 million opening of A Dog’s Way Home, which was released earlier this year by Sony Pictures. It is possible that the film suffered coming so close on the heels of the latter title, which hit theaters just four months ago. The film did receive excellent scores from opening-day audiences, so there is some potential for this to hold up well. That said, this coming weekend’s Aladdin could cut into its audience substantially.

In fifth place, United Artists Relasing’s The Hustle dropped 52.8 percent in its second weekend to $6.14 million, bringing the domestic total for the Anne Hathaway-Rebel Wilson comedy to $23.20 million after 10 days.

Sixth place went to Sony/Screen Gems’ The Intruder, which earned $4.02 million and fell 44.1 percent in its third weekend for a $28.05 million domestic total to date, while Lionsgate’s Long Shot, which is also in its third weekend, fell 46.7 percent to finish in seventh place with $3.34 million. The North American total for the Charlize Theron-Seth Rogen comedy stands at $25.66 million.

The latest teen romance to hit theaters, Warner Bros. Pictures’ The Sun Is Also a Star, fell short of expectations in eighth place with $2.51 million in its opening weekend. That was below other recent YA adaptations like this year’s After with a $6 million opening and even last year’s Midnight Sun, which debuted to $4 million. Despite being the only film specifically aimed at the YA audience currently in wide release, the film failed to reach the audience that turned out for Everything, Everything, an adaptation of another YA book by the same author, Nicola Yoon, which debuted to $11.7 million over the same weekend two years ago.

Rounding out the Top 10, STX Entertainment’s Poms tumbled to ninth place in its second weekend, dropping 59.3 percent to $2.18 million. The domestic total for the Diane Keaton comedy now stands at just $10.11 million after 10 days. And finishing in 10th place was STX’s animated musical UglyDolls with $1.78 million in its third weekend, bringing its North American total f to a disappointing $17.42 million.