Avengers: Endgame held on to the top spot for the third weekend in a row with $63.30 million, beating out a slew of newcomers including the video game adaptation Pokémon: Detective Pikachu, the Anne Hathaway-Rebel Wilson comedy The Hustle, cheerleading comedy Poms and the biopic Tolkien. 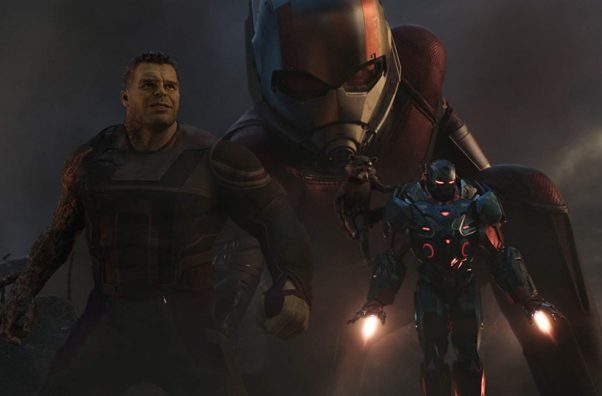 Dropping a steeper-than-expected 57.1 percent from the previous weekend, Walt Disney Studios/Marvel Studios’ Avengers: Endgame nevertheless surpassed $700 million on Saturday, its 16th day of release, making it the fourth movie ever to reach that milestone. With $723.75 million domestically through Sunday, it is now the third highest-grossing movie of all time behind only Star Wars: The Force Awakens with $936.6 million and Avatar with $760.5 million, and the highest-grossing comic book movie ever, having surpassed both Avengers: Infinity War with $678.8 million and Black Panther with $700 million last weekend (May 10-12).

Meanwhile, Endgame added another $102.3 million internationally, bringing its international total to $1.76 billion and its global tally to $2.49 billion. It is now second only to Avatar in terms of both international and worldwide box office; the James Cameron sci-fi boasts a $2.03 billion overseas total and a $2.79 billion total worldwide. Its total in China, where it now stands as the highest-grossing non-local release ever, is an incredible $610.1 million. 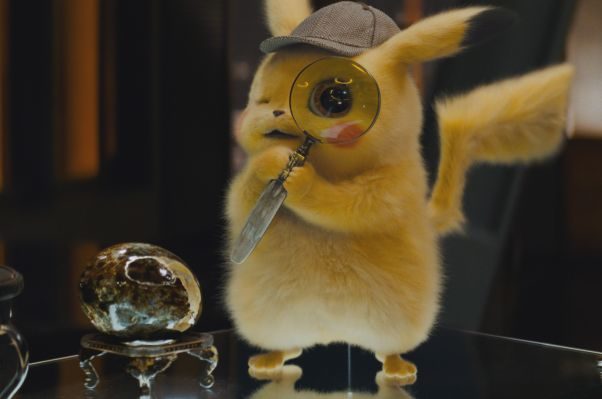 Debuting in second place after briefly rising to the top spot on Friday was Warner Bros. Pictures’ Pokémon: Detective Pikachu, an adaptation of the 2016 video game of the same name and the first live-action Pokémon movie ever after five previous animated releases in the franchise in North America. With $54.37 million last weekend, it appears the film managed to carve out a niche for itself as a family-friendly alternative to Endgame and the weekend’s other new releases as it delivered the largest opening weekend for a video game adaptation, topping 2001’s Lara Croft Tomb Raider, which opened with $47.7 million.

Looking ahead, should Detective Pikachu follow in the footsteps of previous video game adaptations, it is probably looking at a domestic run anywhere from $145-165 million. Any way you look at it, we are talking about a film that will soon become the highest grossing video game adaptation of all-time domestically as it has already entered the top 10 after just three days. Unfortunately, it only has one more weekend to breathe before the release of Disney’s live-action Aladdin remake, which will no doubt give the Warner Bros. release a run for its money.

The combined star power of Anne Hathaway and Rebel Wilson helped overcome decidedly grim reviews for The Hustle, which debuted in third place with $13.01 million. United Artists Releasing’s female-led remake of the 1988 Steve Martin-Michael Caine comedy Dirty Rotten Scoundrels was savaged by critics, but it was able to get by on the strength of its A-list stars and the fact that it debuted over Mother’s Day weekend, which is a traditionally friendly window for movies aimed at a largely female demographic. Speaking of which, The Hustle came in a tick lower than last year’s Mother’s Day comedy Life of the Party starring Melissa McCarthy, which opened to $17.8 million despite also being poorly-received by critics. The Hustle received so-so scores from opening-day audiences, suggesting it could be headed for a short shelf life in crowded theaters.

Sony Pictures/Screen Gems’ The Intruder, which debuted to $10.86 million the previous weekend, slipped just 33.8 percent in its second weekend to $7.19 million in fourth place. That is a far better hold than similar Screen Gems releases like No Good Deed, The Perfect Guy and When the Bough Breaks, all of which fell in the range of 60 percent in their second weekends, although all of them also opened considerably higher. Its North American total after 10 days stands at $21.57 million.

Demonstrating staying power in its second weekend was the Lionsgate Film’s comedy Long Shot, which dipped just 35.6 percent to $6.27 million in fifth place for a domestic total of $19.88 million after 10 days. Despite the release of two new comedies last weekend, the Charlize Theron-Seth Rogen movie has been buttressed by solid reviews and positive word-of-mouth that allowed it to weather the onslaught of fresh titles.

In sixth place, the ensemble comedy Poms, about a group of retirement-community residents who start a cheerleading squad, opened below expectations with $5.36 million despite a strong cast led by Diane Keaton and its appeal to older women, which helped last year’s Book Club debut to a healthy $13.5 million on its way to a robust $68.5 million domestic total. Poms was likely hurt by poor reviews, although, like Book Club, it’s possible the STX Entertainment and eOne release could demonstrate staying power in the weeks ahead given its appeal to an underserved demographic. Its opening weekend audience was 75 percent women and 85 percent was over the age of 25.

Seventh place went to UglyDolls, which took in $4.15 million, A 51.7 percent drop, following its disappointing $8.60 million opening. The STX release was undoubtedly hurt by the release of Detective Pikachu; then again, audiences never really latched onto this one to begin with, so its 51.7 percent second weekend drop isn’t surprising even without the competition from Pokémon. With a North American total of just $14.51 million to date, UglyDolls can be counted as one of bigger disappointments of the spring movie season.

Just behind in ninth place was the final new wide release of the weekend, Disney’s release of Fox Searchlight’s Tolkienwith $2.20 million including Tuesday’s special Fathom event screenings. Starring Nicholas Hoult as Lord of the Rings author J.R.R. Tolkien, the film not only had to compete with the slew of other new releases, but also suffered from discouraging reviews.

Rounding out the Top 10 was Warner Bros./New Line Cinema’s The Curse of La Llorona, which grossed $1.85 million in its fourth weekend, a drop of 50.0 percent, for a domestic total of $51.45 million to date.