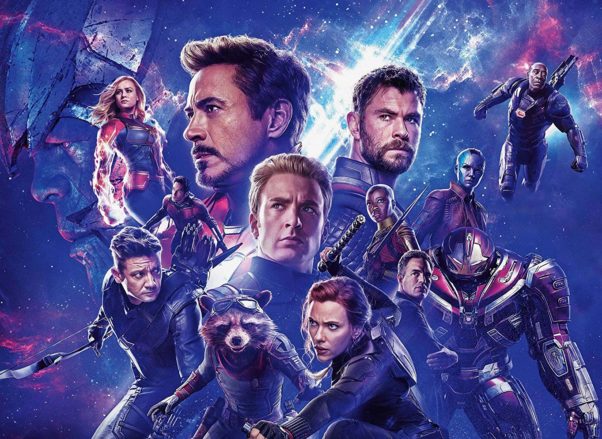 Avengers: Endgame‘s debut broke domestic and international records with a $357.12 million opening in the U.S. to finish in first place. (Photo: Marvel Studios)

Overseas, Walt Disney Studios/Marvel Studios’ Endgame easily broke not only The Fate of the Furious’s international opening-weekend record of $443.1 million but Infinity War’s global opening weekend record of $640.5 million — which didn’t include China where Endgame made a record $330.5 million over its first five days — with a jaw-dropping $859 million, bringing the 22nd installment in the Marvel Cinematic Universe an unprecedented $1.21 billion globally in just five days. It is the first film ever to surpass $1 billion globally in its opening weekend, and the eighth film in the MCU to have crossed that threshold.

The powerhouse debut lifted the overall weekend box office to record levels — a feat accomplished by Endgame alone — and served as a remarkable climax to cinema’s most profitable franchise ever.

Going into the weekend, no one questioned whether Endgame — the finale to the current cycle in the franchise — would break the all-time record. Not only is it one of the most anticipated films in history, it is the culmination of an epic storyline that has unspooled over an unbelievable 22 films in just over a decade and redefined modern moviegoing. The episodic nature of the series and Infinity War’s cliffhanger ending made Endgame less like the final installment of a movie franchise than the series finale of a beloved TV show with a mega budget that played in theaters as opposed to people’s living rooms.

Heading into the weekend, Endgame set a pre-sales record on Fandango, having sold five times as many tickets as Infinity War in advance of its release and selling out over 8,000 showings by Wednesday morning. Demand skyrocketed so high that many theaters added extra showings of the three-hour plus film over the weekend, with some even screening it on a 24-hour basis to accommodate the overwhelming demand by audiences to see it right out of the gate. That helped overcome the film’s epic 181-minute running time, which would ordinarily have limited the number of screenings offered per day.

It certainly didn’t hurt that Endgame debuted on the most screens ever in North America at 4,662, surpassing Despicable Me 3’s 4,529 screens and Infinity War’s 4,474 screens. With excellent critical reviews, reviews also surpassed those for Infinity War and nearly every other MCU installment beside Black Panther, which finished just a tick higher. Audiences also ate it up, with Endgame receiving perfect scores from moviegoers.

But Endgame wasn’t the only film in theaters this weekend. Its MCU stablemate Disney/Marvel’s Captain Marvel benefitted from the hype by rising two spots to second place in its eighth weekend, finishing the weekend with $8.31 million and a super-powered $413.84 million to date. It has now surpassed both Captain America: Civil War with $408.08 million and Iron Man 3 with $409.01 million) to become the fifth highest-grossing MCU installment of all time. 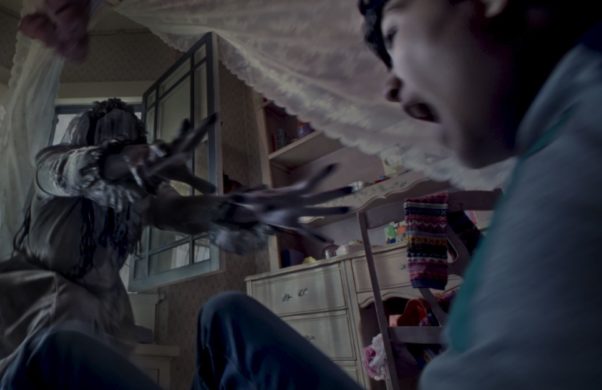 In third place, last weekend’s top finisher The Curse of La Llorona brought in $8.05 million, a steep 69.5 percent drop from its $26.35 million debut. Nonetheless, the Warner Bros. Pictures/New Line horror film now has $41.83 million after 10 days. Fellow sophomore release Breakthrough had a better second weekend hold with faith-based audiences, dropping 39.6 percent to fourth place with $6.81 million for a total of $26.62 million after 12 days.

After holding well over the last two weekends, Warner Bros./New Line’s superhero comedy Shazam! took an understandably sizable hit in fifth place thanks to the overwhelming market presence of Endgame, dropping 66.1 percent to $5.58 million in its fourth weekend. That brings its domestic total to $131.21 million so far.

Sixth place went to Disney’s Dumbo, which fell 47.3 percent to $3.49 million, giving the live-action remake a domestic total of $107.26 million after five weeks. In seventh place was Universal Pictures’ Little, which earned $3.4 million, bringing the wish-fulfillment comedy to a decent $35.88 million in North America after three weeks.

Rounding out the Top 10, Paramount Pictures’ Pet Sematary dropped 72.8 percent to finish in eighth place with $1.32 million and a North American total of $52.65 million after four weeks. Ninth place went to Universal’s Us with $1.18 million, a drop of 72.8 percent in its sixth weekend for a $172.88 million domestic total to date. And Disneynature’s Penguins fell 50.0 percent to 10th place with $1.14 million and $5.81 million domestically after 12 days of release.

This coming week, STX Entertainment will debut its first original animated feature Uglydolls, Lionsgate Films and Summit Entertainment will release the comedy Long Shot, Screen Gems will open the thriller The Intruder and Briarcliff will go wide with El Chicano.