Shazam! Rockets to the Top at Theaters

Shazam! kept the superhero train going last weekend (Apr. 5-7) with a strong $53.51 million debut in first place, adding another success for the DC Extended Universe (DCEU) and kicking off the month in sizzling fashion following a near-record-breaking March. Fellow opener Pet Sematary also posted healthy numbers in second place, while the Taraji P. Henson drama The Best of Enemies had a so-so opening in sixth place. 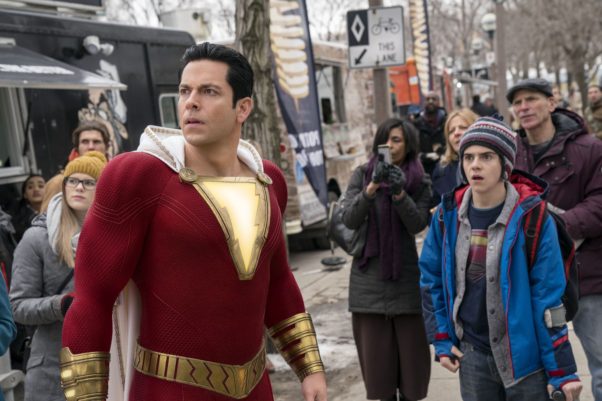 Despite boasting a title superhero with little name recognition outside of DC comic book fans, Shazam! soared in its opening weekend thanks to a clever marketing campaign, terrific reviews and a crowd-pleasing tone that, along with recent DCEU entries Wonder Woman and Aquaman, has successfully steered the franchise in a new, more light-hearted direction. The opening for the Warner Bros. Pictures release came in a bit below the $57.2 million debut of the similar Ant-Man, another character who – at least prior to launch – was less well-known outside the core fanbase.

As superhero movies go, it was somewhat of an uphill battle for Shazam! leading up to release given the character’s low name recognition with general audiences. But the studio’s marketing team created a strong presence both on- and offline while positioning the film as an antidote to the more brooding likes of DCEU installments Justice League and Batman v. Superman: Dawn of Justice. As the blockbuster success of last year’s Aquaman proved, DC fans are hungry for a more playful tone along the lines of what Marvel has served up for the last decade or so, and Shazam! delivered.

Including the $3.3 million it took in during a special preview on Mar. 23, the film’s total stands at $56.83 million domestically through Sunday. With a three-week window prior to the release of Walt Disney Studios/Marvel Studio’ Avengers: Endgame and likely strong word of mouth, Shazam! has strong potential for a lengthy run ahead.

Coming in a strong second was Pet Sematary, a new adaptation of Stephen King’s 1983 horror novel and remake of the 1989 film. With $24.50 million for the weekend, the film finished a bit on the lower end of expectations, perhaps due to the continued strength of Us, but it is nonetheless a solid showing for the Paramount Pictures release. The success of the film was certainly boosted by the recent success of It, another King adaptation that debuted with $123.4 million in September 2017 on its way to becoming the highest-grossing horror movie of all time with $327.4 million.

In terms of horror remakes, Pet Sematary opened in line with 2013’s Evil Dead, which debuted with $25.7 million on its way to a $54.2 million total. Interestingly, both of those films received average audience scores, suggesting Pet Sematary could finish in similar territory. That is not a bad result when you consider its budget came in at a reported $21 million. 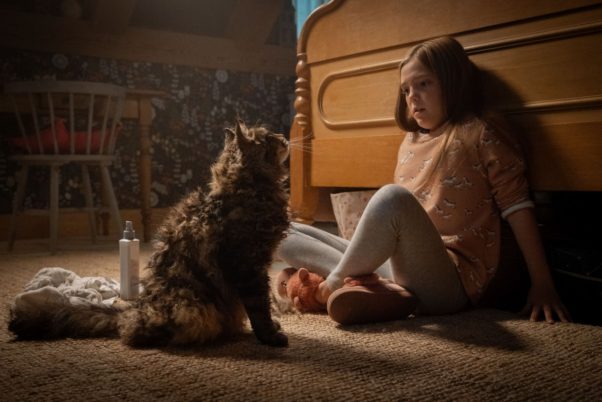 Third place went to last weekend’s top finisher Dumbo, which fell a hefty 60.4 percent to $18.21 million on the heels of its $45.99 million debut. That is a sharp dip, particularly for a family-oriented release, which suggests that audiences are cooling on the flying elephant rather quickly. The Disney release now has $76.26 million in North America after 10 days, a disappointing total for the reported $170 million production and a stumble for Disney in terms of its slate of live-action reimaginings.

Us took in $13.80 million in fourth place, a fairly large drop of 58.5 percent from the previous weekend. That is in part due to the arrival of Pet Sematary, which seems to have chipped away at its audience a bit. The Universal Pictures horror film now has $152.38 million domestically after three weeks, putting the Jordan Peele-directed film within striking distance of Get Out‘s $176 million final gross.

Sixth place went to the weekend’s final wide-release newcomer The Best of Enemies, which stars Henson as a civil rights activist who goes toe-to-toe with a Ku Klux Klan leader (Sam Rockwell) over school integration. The STX Films release earned $4.45 million, a so-so result about in line with the wide opening of last fall’s eventual Best Picture winner Green Book. Unfortunately, without an awards campaign to keep the film afloat and only mediocre reviews, this one is probably looking at a short life in theaters. It is worth noting that audiences liked this one much better than critics, especially women 35 and older, a demographic that made up a large portion of its opening-weekend audience.

After debuting to a stronger-than-expected $6.38 million the previous weekend, Pure Flix’s anti-abortion drama Unplanned fell to $3.28 million in its second weekend to eighth place. The domestic total for the faith-based film now stands at $12.55 million.

Rounding out the Top 10 were animated holdovers Paramount’s Wonder Park in ninth and Universal/DreamWorks’ How to Train Your Dragon: The Hidden World in 10th. They took in $2.16 million and $1.99 million, respectively. The former’s total now stands at a disappointing $41.10 million in North America after four weeks, while the latter has a solid $156.70 million domestically after seven weeks.

This coming weekend will be busy with four new wide releases beginning with United Artists Releasing’s debut of Laika’s Missing Link. Lionsgate Films will open Hellboy, while Universal debuts its comedy Little and Aviron will open After.