Dumbo Flies to Number 1 in Theaters

Almost 80 years after he first flew into theaters, director Tim Burton’s Dumbo soared to the top of the box office last weekend (Mar. 29-31) with $45.99 million. Walt Disney Studios’ latest live-action remake fell a bit short of some of the more bullish expectations, but nonetheless captured first place for the weekend. As for the other wide newcomers, Pure Flix’s Unplanned beat predictions, while director Harmony Korine’s latest gonzo release The Beach Bum failed to catch fire. 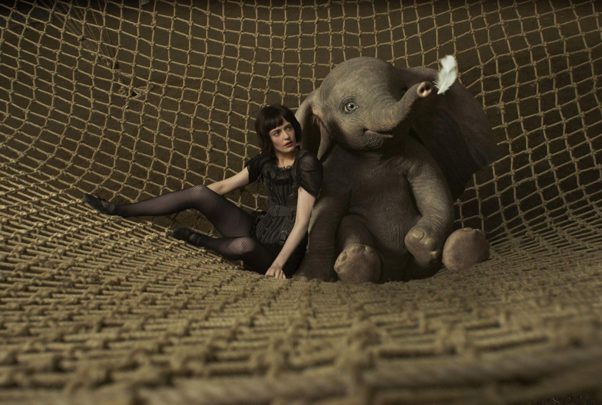 Dumbo debuted in first place with $45.99 million over the weekend. (Walt Disney Studios)

While some analysts had Dumbo opening with more than $60 million going into the weekend, the beloved baby elephant flew a bit lower than expected in its debut, placing its opening gross on the lower end of the spectrum of Disney’s recent live-action reimaginings. For comparison, the studio’s Beauty & the Beast remake debuted on roughly the same number of screens almost two years ago and grossed an astonishing $174.7 million, while Alice in Wonderland, which was also directed by Burton, brought in $116.1 million in its opening frame in March 2010. Those comparisons may be a tad unfair given the arguably more-devoted fanbases of those two franchises – particularly Beauty & the Beast — yet the drop-off is still undeniably striking.

Nonetheless, $46 million is by no means a terrible start. That counts as the fourth-highest opening gross of the year so far, behind only Captain Marvel with $153.4 million, Us with $71.1 million and How to Train Your Dragon: The Hidden World with $55 million. While critics weren’t crazy about Dumbo, opening-night audiences gave it excellent marks indicating potentially long staying power in the weeks ahead. It is worth noting that the film has been characterized as perhaps not appropriate for more sensitive children, particularly by parents who recall the animated version’s darker themes of separation and abuse. That factor no doubt affected its opening numbers to some degree.

After opening to an astonishing $71.12 million last weekend, Jordan Peele’s latest horror Us fell to second place with $33.23 million, a drop of 53.4 percent. While that was a much sharper drop than Get Out’s 15 percent, that film was inevitably less frontloaded, as Peele wasn’t yet a major name when it opened.Us is also a more challenging and less crowd-pleasing film than its predecessor. Nonetheless, with $127.84 million after just 10 days, Us cannot be counted as anything other than an unqualified success for both Peele and Universal Pictures.

In third place, Disney/Marvel Studios’ Captain Marvel continued flying high with $20.66 million, a drop of 39.7 percent from the previous weekend. The Marvel Cinematic Universe blockbuster has grossed $353.97 million in North America so far, bringing it to No. 8 on the list of all-time grosses among MCU installments, surpassing last year’s Spider-Man: Homecoming with $334.2 million.

Internationally, Captain Marvel added another $26.4 million from 54 markets, pushing the overseas total to $636.8 million and the global tally to more than $990 million. The film will soon top $1 billion at the global box office, becoming the seventh film in the MCU to reach that mark and the 38th film all-time. 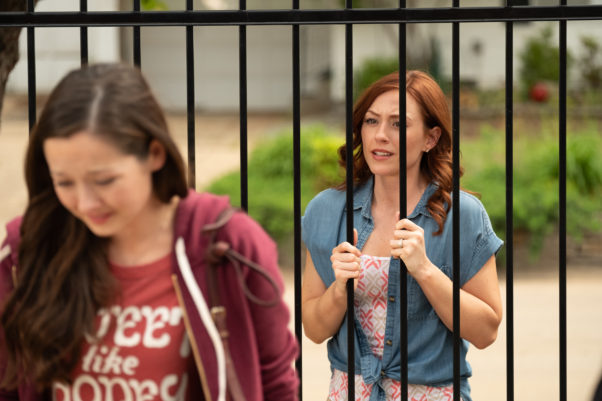 Newcomer Unplanned earned $6.38 million for a better-than-expected debut in fourth place boosted by a reported $800,000 in pre-release buyouts prior to its official Thursday night opening. The anti-abortion drama boasted the second-best opening ever for a Pure Flix release, behind only 2016’s God’s Not Dead 2 with $7.6 million.

Falling one to fifth place was CBS Film’s YA drama Five Feet Apart, which brought in $6.20 million in its third weekend, a drop of just 27.5 percent from previous weekend. The $7 million Lionsgate Films release now has a healthy $35.82 million in the bank and looks to continue playing strong with its core audience.

Paramount Pictures’ Wonder Park fell to sixth place in its third weekend with $5.10 million, down 41.8 percent, bringing the total for the animated adventure to a disappointing $37.95 million.

Seventh place went to Universal’s How to Train Your Dragon: The Hidden World, which fell just 33.0 percent to $4.37 million in its sixth weekend. The total for the animated threequel now stands at $153.11 million.

Expanding to 924 locations after a release in just four theaters the previous weekend was Bleeker Street’s thriller Hotel Mumbai, which made a healthy showing in eighth place with $3.20 million. Starring Dev Patel and Armie Hammer, the film has benefitted from reasonably positive reviews and compelling fact-based subject matter. Its domestic total currently stands at $3.31 million.

In ninth place, Tyler Perry’s A Madea Family Funeral took in $2.68 million, bringing its total $70.02 million after five weeks. The alleged final film in the Madea franchise is now just shy of the $73.2 million final gross for Boo! A Madea Halloween and should surpass it by this coming weekend.

Making a disappointing debut in 10th place was The Beach Bum, which took in $1.76 million. Despite featuring Matthew McCounaughey in the lead role, the Neon title couldn’t match the buzz of Korine’s last release Spring Breakers, which grossed $4.8 million on roughly the same number of screens in its wide release back in 2013. For McCounaughey, The Beach Bum is just the latest in a string of disappointments including January’s Serenity,which had a $4.4 million debut and $8.5 million domestic total, last fall’s White Boy Rick with an $8.8 million opening and $24 million domestic total, and 2017’s The Dark Tower, which opened with $19.1 million and finished with $50.7 million in North America. In fact, the actor hasn’t had a bona fide hit since 2014’s Christopher Nolan sci-fi Interstellar, which grossed $188 million in North American and $677 million worldwide.