Universal Pictures’ Us, Jordan Peele’s highly-anticipated follow-up to Get Out, debuted in first place last weekend (Mar. 22-24) with $71.12 million, surpassing all expectations to claim the third-biggest opening weekend for an R-rated horror film ever behind 2017’s It with $123.4 million and last year’s Halloween remake with $76.2 million. It also claimed the biggest debut ever for an original horror film, as well as the largest opening for a live-action original movie since 2009’s Avatar. Elsewhere, 2019’s first major blockbuster, Walt Disney Studios/Marvel Studios’ Captain Marvel dropped to second place with a strong performance in its third weekend.

Propelled by a savvy marketing campaign, strong buzz out of SXSW, excellent critical reviews, the absence of major horror film releases this year and audience goodwill from the massively-successful Get Out, which had a $33.3 million opening and grossed $176 million overall, Us was expected to do well, but its debut outperformed even the most bullish predictions.

We arguably haven’t seen a horror auteur like this since M. Night Shyamalan, who shot to stardom on the strength of the hugely-successful The Sixth Sense before following it up with Unbreakable a year later. But not even Shyamalan managed to more than double the opening gross of his breakthrough film, as Peele did, demonstrating just how much pent-up demand existed for the latter director’s sophomore effort. Of course, it bears pointing out that Us debuted in nearly 1,000 more theaters than Get Out, which partially explains its huge leap over that film’s opening-weekend gross.

That pent-up demand represents an interesting test for Us, which benefitted majorly from the critical and commercial success of Get Out, but will likely be far more front-loaded than that film, which dipped only 15 percent in its second weekend. Given how ardent Peele’s fanbase is, it is reasonable to expect a much larger second-weekend drop here. It is also worth noting that Us’ “B” audience rating, while good for the genre, came in a bit lower than Get Out’s “A-,” suggesting audiences weren’t quite as satisfied with the director’s latest effort, which is undeniably a more challenging and complex film than its predecessor. Still, Us’ thematic ambiguity and twisty plot rewards repeat viewings, meaning it could theoretically benefit from fans making multiple trips to the theater to unpack some of Peele’s big ideas.

Us drew to a wide range of moviegoers. The opening-weekend audience was split evenly between men and women and nearly evenly between the over-25 and under-25 age demos – 53 percent to 47 percent. Also, 30 percent of the audience was African-American and 21 percent was Latino, making it a diverse turnout.

After two-weeks at the top, Captain Marvel dropped to second place with $34.27 million, a 49.6 percent drop, bringing its domestic total to $320.75 million after 17 days. That jumps the Brie Larson-headlining superhero movie to 10th place on the list of highest-grossing films in the Marvel Cinematic Universe, passing Iron Man 2 with $312.4 million total, Thor: Ragnarok with ($315 million) and the original Iron Man with $318.4 million. Expect it to pass both Guardians of the Galaxy with $333.1 million and Spider-Man: Homecoming with $334.2 million by this coming weekend.

Third place went to Paramount Pictures’ Wonder Park, which took in $8.76 million in its second weekend. That is a 44.7 percent drop from its $15.85 million debut, bringing the domestic total for the animated title to $29.24 million after 10 days. Unfortunately, the budget on this one is a reported $100 million.

On the opposite end of the spectrum was CBS Films’ Five Feet Apart, which overperformed in its debut the previous weekend with $13.19 million with a reported budget of just $7 million and took in $8.55 million this weekend, giving it a healthy North American total of $26.26 million so far. That’s a drop of just 35.2 percent for the young-adult drama, which has been generating lots of buzz with its target audience and earned an “A” score from opening-day audiences, suggesting strong word-of-mouth will continue to propel it in the weeks ahead.

In fifth place, How to Train Your Dragon: The Hidden World earned $6.52 million, bringing the domestic total for the Universal/DreamWorks Animation title to $145.74 million. That was a drop of just 29.8 percent from the previous weekend, which is the kind of hold the original How to Train Your Dragon enjoyed back in 2010. This one won’t approach the $217.5 million final domestic gross of that film, but it is coming close to surpassing that film’s $494.8 million total globally, where it currently stands at an impressive $488.1 million.

Falling to sixth place in its fourth weekend was Lionsgate Films’ Tyler Perry’s A Madea Family Funeral, which took in $4.40 million for a domestic total of $65.78 million so far. It is now the third highest-grossing entry in the long-running franchise, just ahead of Madea’s Witness Protection with $65.6 million and just behind Boo! A Madea Halloween with $73.2 million.

Seventh place went to No Manches Frida 2, which earned $1.77 million in its second weekend. The Lionsgate/Pantelion comedy sequel now has earned $6.62 million domestically after 10 days, putting it slightly behind the first No Manches Frida, which had brought in $7.3 million by the same point. 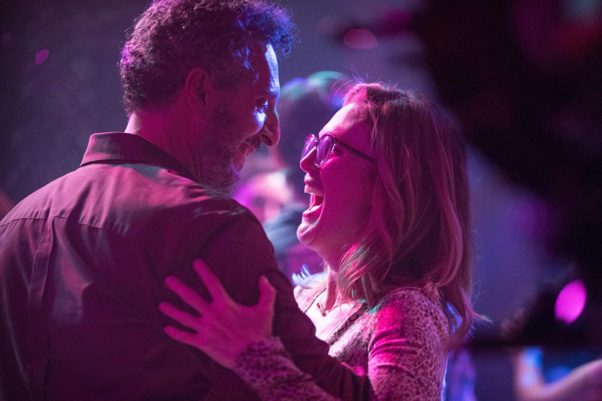 Expanding to 654 locations after a two-week run in limited theaters was A24’s Gloria Bell, which made its Top 10 debut with $1.65 million in eighth place, an increase of 358.3 percent. The critically-acclaimed Julianne Moore drama has $2.35 million to date in North America.

Rounding out the Top 10 were Warner Bros. Pictures’ The Lego Movie 2: The Second Part and 20th Century Fox’s Alita: Battle Angel, which brought in $1.16 million and $1.08 million, respectively. The total for the animated sequel is now $103.36 million after seven weeks, while Fox’s manga adaptation stands at $83.81 million after six weeks.