As expected, last weekend (Mar. 15-17) saw Captain Marvel continue to dominate the North American box office with $67.99 million, a solid second weekend for the superhero blockbuster that has reached lofty heights across the globe in less than two weeks. Meanwhile, two new wide releases – the animated adventure Wonder Park and the young-adult romance-drama Five Feet Apart – both performed better than expected in second and third place, respectively, leading to one of the more robust weekend box offices so far this year. 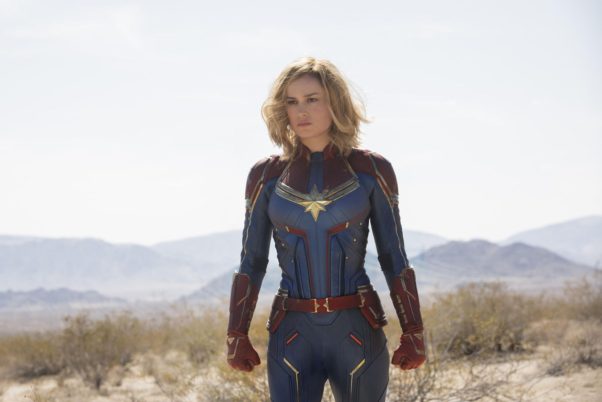 Following its incredible $153.43 million opening the previous weekend — the third-highest opening ever in the month of March — Captain Marvel continued scoring with audiences in its second weekend, dropping 55.7 percent. That is a fairly typical drop for the second weekend for a Marvel Cinematic Universe title, roughly in line with last year’s Avengers: Infinity War and 2017’s Guardians of the Galaxy Vol. 2, both of which saw 55.5 percent drops. The Walt Disney Studios/Marvel Studios release now has $264.88 million after 10 days, a total that puts it in 12th place among all MCU installments, just ahead of Captain America: The Winter Soldier with $259.7 million and just behind Iron Man 2 with $312.4 million at the same point.

With excellent word-of-mouth, look for Captain Marvel to continue performing well all the way up to the Apr. 26 release of Avengers: Endgame, which will feature Brie Larson’s title character in her second MCU outing. It is now the 25th highest-grossing superhero movie of all time.

Working its way into second place with a stronger-than-expected $15.85 million was Wonder Park. Going into the weekend, the Paramount Pictures release’s opening gross was expected to be somewhere in the low double-digits, but it rose a bit above that thanks to the its younger-skewing subject matter, which made it a viable counter-programming option for families who have already seen How to Train Your Dragon: The Hidden World and The Lego Movie 2. Additionally, certain areas of the country are on Spring Break, which may also have helped boost its performance last weekend.

Wonder Park could have conceivably debuted even higher were it not for the film’s poor critical reviews, which may have kept more discerning families away. For a film with a budget that some have set as high as $100 million, this isn’t a totally encouraging start, and the road ahead looks considerably rougher, particularly with Disney’s highly-anticipated live-action Dumbo set to debut Mar. 29. 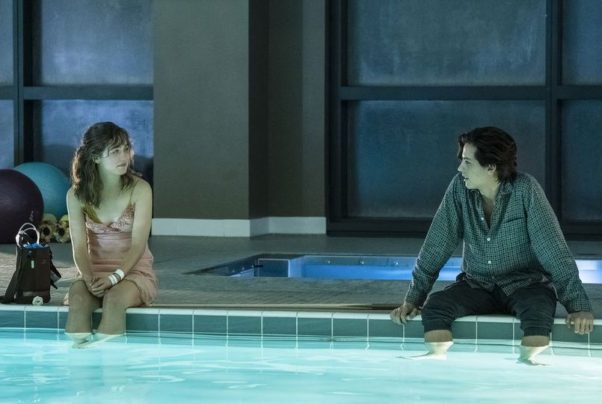 Also overperforming in third place was Five Feet Apart, about two young people with cystic fibrosis who fall in love. The Lionsgate Films/CBS Films release falls in the middle of previous movies like The Fault in Our Stars and If I Stay. Its $13.19 million debut came in just a couple million short of the latter’s $15.6 million opening in 2014. Despite mixed reviews, audiences rated the film higher, and positive word-of-mouth seems to have boosted its gross last weekend. Its rating among moviegoers 18 and younger was even better, which indicates it has been pushing all the right buttons for its core demo of teenage girls and could be looking at a lengthy run in the weeks ahead. Notably, its opening weekend take nearly doubled its $7 million budget.

Fifth place went to Tyler Perry’s A Madea Family Funeral, which earned $7.84 million in its third weekend, down 37.1 percent. The Lionsgate release has now grossed $58.12 million, surpassing the $53.3 million total of Madea’s Big Happy Family and putting it in fifth place among all installments of the long-running franchise.

Sixth place went to No Manches Frida 2, the second in the comedy series released by Lionsgate subsidiary Pantelion Films. Its $3.83 million debut represents a healthy total for a film opening in only 472 locations, and it is a slight improvement on the $3.6 million opening gross of the first movie, although that one debuted in roughly 100 fewer theaters. It marks the latest successful release by Pantelion, which has produced a number of hits aimed at the Latinx audience since launching in 2011, including 2017’s How to Be a Latin Lover and last year’s Overboard remake starring Eugenio Derbez and Anna Faris. 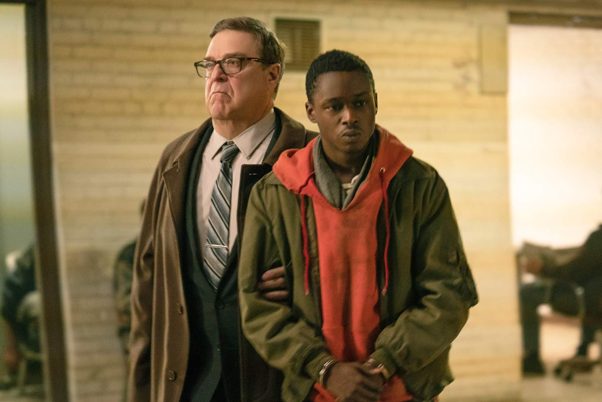 The weekend’s final wide new release, Focus Features’ sci-fi/thriller Captive State, debuted poorly in seventh place with $3.13 million, a disappointing result for a film opening on more than 2,500 screens. It wasn’t helped by so-so reviews and a general lack of awareness from audiences, not to mention the crowded overall marketplace.

Down in eighth place was The Lego Movie 2: The Second Part with $2.15 million in its sixth weekend, a drop of 44.4 percent. The Warner Bros. Pictures title has now surpassed the $100 million mark, but it took far longer to do so than its predecessor, which crossed the threshold in just its second weekend.

This coming weekend’s only new wide release is Jordan Peele’s Us.