Following weeks of low box office returns in North America, Walt Disney Studios/Marvel Studios’ latest superhero epic, Captain Marvel blasted onto the screen with a $153.43 million debut weekend, surpassing The Hunger Games with $152.5 million for third place among all-time March openings, behind only Disney’s live-action Beauty and the Beast with $174.7 million and Batman v. Superman: Dawn of Justice with $166 million. It was also the sixth-highest global opening weekend of all time. 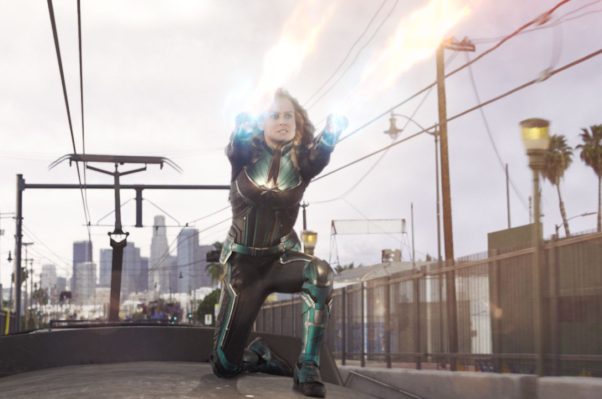 Captain Marvel’s sizzling debut is also the seventh-highest opening weekend among Marvel Cinematic Universe titles, behind Avengers: Infinity War with $257.6 million,The Avengers with $207.4 million, Black Panther with $202 million, Avengers: Age of Ultron with $191.2 million, Captain America: Civil War with $179.1 million and Iron Man 3 with $174.1 million. Also, it managed to exceed the total gross of every film released so far this year in a single weekend, dwarfing former No. 1 Glass’s $109.7 million.

Captain Marvel had several things going for it. In addition to the massive amount of hype that has been building ever since the project was first announced, it debuted during a relatively slow period. Although we have seen high-profile studio releases like Glass and How to Train Your Dragon: The Hidden World perform reasonably well, Captain Marvel is this year’s first true tentpole release, and moviegoers were clearly starved for an A-list blockbuster. It helped that the film debuted to mainly positive reviews, which likely helped the film far surpass the studio’s $125 million projection going into the weekend. Word-of-mouth didn’t hurt either, with the movie starring Brie Larson in the title role receiving top ratings from opening day audiences. It also received a boost from the massive 4,310 theater count, a record for March, and the high number of premium showings, with over 3,000 locations screening the film in 3D, which accounted for 14 percent of ticket sales, and more than 400 in IMAX, in addition to PLF and 4D formats.

The cultural significance of Captain Marvel also cannot be discounted as a factor in its success. It is the first in the MCU to center solely on a woman superhero, and only the second in recent years after 2017’s hugely-successful Wonder Woman from Warner Bros. Pictures/DC Comics. That made it a highly-anticipated movie not only for fans of Marvel and superhero movies, but for moviegoers generally with the opening-weekend audience 45 percent female and 55 percent male. Marvel also made a smart play by teasing the character’s appearance in the forthcoming Avengers: Endgame at the end of last year’s Avengers: Infinity War, which helped set up Captain Marvel as a must-see connective link between the two team-based installments.

With Captain Marvel the only newcomer last weekend, the remainder of the Top 10 was given over to holdovers. In second place was Universal Pictures/DreamWorks Animations’ How to Train Your Dragon: The Hidden World, which was knocked from the top spot in its third weekend with $14.69 million, a drop of 51.0 percent from the previous weekend. Overall, the threequel’s weekend-to-weekend drops are more in line with the second film in the series than the first, which slipped a mere 14 percent in its third weekend and ended its North American run with $217.5 million. With $119.65 million after 17 days, The Hidden World is running about 10 percent behind the first How to Train Your Dragon and about 2 percent behind the second installment, which had $121.9 million at the same point. The presence of Captain Marvell in theaters put at least a slight dent in The Hidden World’s performance.

Falling 53.9 percent to third place was Tyler Perry’s A Madea Family Funeral, which took in $12.47 million during its debut the previous weekend. That is a fairly standard drop for a series that tends to be frontloaded, with the majority falling more than 50 percent in their second weekend. With $46.30 million to date domestically, the supposed final entry in the long-running comedy series ranks as yet another hit in a franchise that has been a reliable performer for the duration of its almost 15-year run. Including last weekend’s returns for Family Funeral, the series has grossed more than $500 million in North America over nine films.

Finishing in fourth place in its fifth weekend was Warner Bros.’ The Lego Movie 2: The Second Part, which continues to creep towards the $100 million mark, a threshold the first film crossed in just nine days. With $3.87 million last weekend – a $41.4 percent drop — the total for the animated sequel now stands at a disappointing $97.15 million.

Seventh place went to Warner Bros.’ Isn’t It Romantic, which grossed $2.26 million, down 49.9 percent. The Rebel Wilson rom-com has earned $44.01 million after four weeks of release. In eighth place was Focus Features’ Greta with $2.19 million, a fall of 51.1 percent. The horror-thriller starring Isabelle Huppert stands at a disappointing $8.28 million after 10 days.

Rounding out the Top 10, Paramount Pictures’ wrestling dramedy Fighting With My Family finished ninth in its fourth weekend with $2.18 million, down 53.22 percent. That gives it a decent $18.65 million so far. In 10 place, was Neon’s Apollo 11, which added nearly 300 locations in its second weekend and took in $1.25 million, a slip of 22.4 percent, giving the critically-acclaimed space documentary $3.73 million after 10 days. 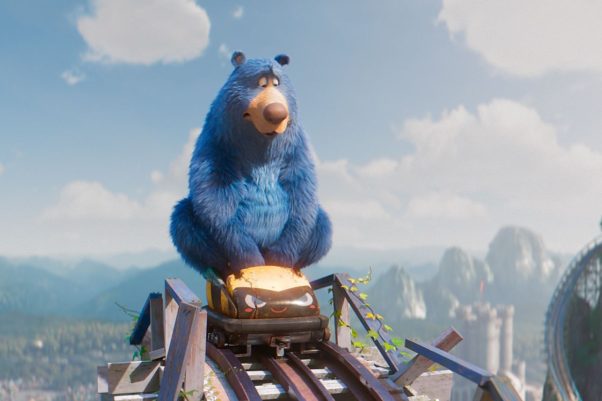