Just a week before the release of Marvel’s surefire mega-blockbuster Captain Marvel, How to Train Your Dragon: The Hidden World enjoyed one final time at the top of the domestic box office last weekend (Mar. 1-3) with a solid $30.03 million in its second weekend. But thanks to the better-than-expected debut of Tyler Perry’s A Madea Family Funeral, the win was quite a bit narrower than expected.

How to Train Your Dragon; The Hidden World finished at the top of the box office for the second straight weekend with $30.03 million. (Photo: Universal Pictures)

Dropping 45.4 percent from its franchise-best $55.02 million debut, The Hidden World fell to second place on Friday against newcomer A Madea Family Funeral, but strong matinee business from families on Saturday pushed it high enough to reclaim the top spot. The Universal Pictures/Dreamworks Animation production has earned $97.68 domestically, putting it about 6 percent ahead of the first How to Train Your Dragon and 3 percent ahead of How to Train Your Dragon 2 at the same point in their respective runs. Look for the series to cross $100 million by next weekend.

In second place, Lionsgate Films’ Tyler Perry’s A Madea Family Funeral took in $27.06 million, putting it slightly above industry projections. With a strong $9.2 million Friday, fans of the long-running franchise clearly came out for what has been billed as the final entry in the series.

That opening puts it in fourth place among all Madea films, just below 2016’s Boo! A Madea Halloween with $28.5 million and just ahead of 2012’s Madea’s Witness Protection with $25.3 million. Critics’ reviews for the film were par for the course for the franchise, but fans, as usual, liked it much better. If this indeed turns out to be the last Madea installment, it concludes the run of an astoundingly-successful series that never failed to keep its core fanbase coming back for more. 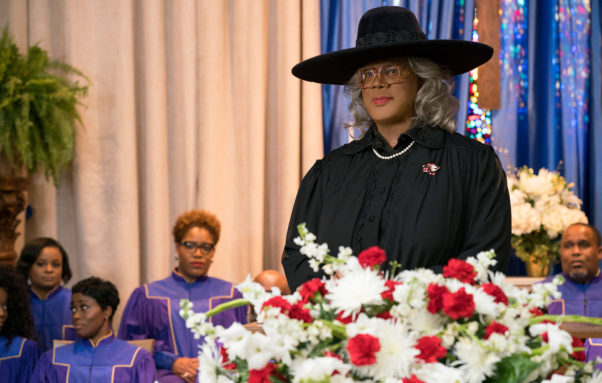 Third place went to 20th Century Fox’s Alita: Battle Angel, which earned $7.22 million – a drop of 41.5 percent — in its third weekend for a domestic total of $72.2 million so far – a disappointing total for the movie, which had a reported price tag of $170 million. Its overseas performance has been much better, taking some of the edge off of its underperformance stateside.

In fourth place, Warner Bros. Pictures’ The Lego Movie 2: The Second Part fell 31.8 percent to $6.6 million, giving the animated sequel a $91.66 million domestic total after four weekends. That is a pretty severe underperformance for the sequel, which has made less than half what the first installment did at the same point in its run.

MGM’s Fighting with My Family finished in fifth place with $4.66 million, a 40.3 percent drop. That gives the Dwayne Johnson wrestling dramedy a domestic total of $14.92 million after three weekends.

Jumping five spots to sixth place was Green Book, which added 1,388 locations following its Best Picture win at the Oscars. With $4.57 million, the total for the Universal’s drama now stands at an impressive $75.78 million after 16 weeks – a remarkable total considering that it grossed just $5.5 million in its first weekend of wide release back in November and never rose above the $5 million threshold on any subsequent weekend. That marks Green Book’s ninth non-consecutive weekend in the Top 10.

In its third weekend, Warner Bros./New Line’s Isn’t It Romantic grossed $4.51 million, down 36.7 percent to finish in seventh place. That gives the Rebel Wilson rom-com a North American total of $40.17 million. 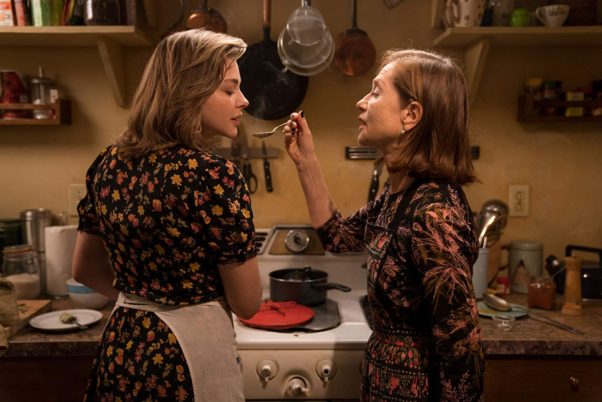 The weekend’s other new wide release, Focus Features’ horror-thriller Greta, failed to make much of an impression, debuting in eighth place with $4.48 million. That is more or less in line with expectations or bit below, and a rather weak performance overall for a film that debuted in 2,409 locations. Critics’ reviews were mixed, and the audiences were similarly lukewarm on the film. For comparison purposes, the debut came in just slightly ahead of this year’s Serenity, which opened to $4.4 million and will finish its run with about $8.5 million in North America.

Rounding out the Top 10 were Paramount Pictures’ What Men Want in ninth place and Happy Death Day 2U in tenth, which took in $2.76 million and $2.46 million in their fourth and third weekends, respectively. The Taraji P. Henson comedy now stands at a healthy $49.70 million in North America, while the Universal horror sequel has brought in a weak $25.22 million domestically to date.