How to Train Your Dragon 3 Soars to the Top

Thanks to a string of underperformers including Glass, The Lego Movie 2: The Second Part and Happy Death Day 2U, 2019 got off to a bumpy start at the North American box office. Thankfully, fortunes reversed last weekend (Feb. 22-24) with the release of Universal Pictures’ How to Train Your Dragon: The Hidden World, which soared past expectations to $55.02 million in its debut weekend (a total that doesn’t include $2.5 million from a special Fandango preview screening on Feb. 2), beating the two previous entries in the franchise and injecting new life into a sluggish year in theaters. 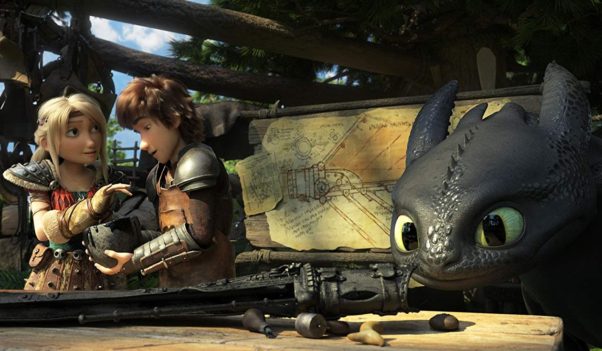 How to Train your Dragon: The Hidden World opened in first place over the weekend with $55.02 million. (Photo: Universal Pictures)

This is the first time Universal has released an installment in the series following their purchase of DreamWorks Animation in 2016 (the first film was released by Paramount Pictures and the second by 20th Century Fox).

Billed as the final installment in the How to Train Your Dragon series, The Hidden World debuted in North America with its coffers already overflowing from a strong performance over the last several weeks in international markets, where it took in more than $180 million prior to the weekend. Stateside, strong critical reviews and pent-up demand from audiences who enjoyed the first two entries helped push it over the top, allowing it to become the year’s first true blockbuster opening. Also, an apparent lack of enthusiasm for The Lego Movie 2 opened a wider-than-expected berth among family audiences, giving The Hidden World a larger portion of that demo. Including that $2.5 million in Fandango previews, The Hidden World’s total stands at $57.52 million through Sunday.

Dropping to second place after a better-than-expected debut the previous weekend was 20th Century Fox’s Alita: Battle Angel, which dropped a steep 56.8 percent to $12.34 million in its second weekend. That gives the Fox sci-fi $61.02 million to date, a number that pales in comparison to its reported $170 million production budget. At this point, international grosses will be key for the James Cameron-produced action film, which, while apparently well-liked by those who have seen it, simply didn’t break out the way it needed to with its hefty price tag.

Warner Bros. Pictures’ The Lego Movie 2: The Second Part finished in third place with $9.68 million in its third weekend, bringing the animated sequel to $83.29 million after 17 days. The film took a big hit from How to Train Your Dragon: The Hidden World. While it is on track to top $100 million, The Lego Movie 2 nonetheless counts as a major disappointment for a franchise that already suffered one notable underperformer with 2017’s The Lego Ninjago Movie. 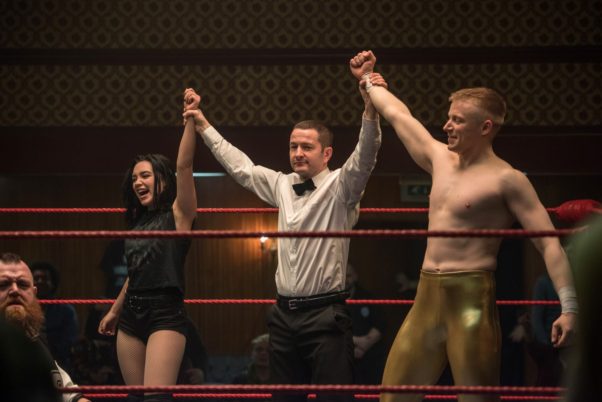 Fighting with My Family opened in fourth place with $7.81 million. (Photo: MGM)

Fourth place went to MGM’s Fighting with My Family, which earned $7.81 million in its wide expansion after debuting in just four locations the previous weekend. That counts as a decent result for the film with a reported budget of $11 million and was sold to the studio for $17 million back in 2017. The Dwayne Johnson wrestling comedy benefitted from strong reviews and Johnson in the cast, despite his two scenes. Its total now stands at $8.03 million.

Warner Bros.’ Isn’t It Romantic dropped to fifth place in its second weekend with $7.12 million, a 50.0 percent fall, bringing the total for the Rebel Wilson rom-com to $33.38 million since debuting on February 13. It is performing similarly to this month’s other fantasy rom-com What Men Want. Speaking of Paramount Pictures’ What Men Want, the Taraji P. Henson comedy finished in sixth place with $5.25 million in its third weekend, a drop 50.8 percent, bringing its domestic total to a healthy $45.11 million after 17 days.

The previous weekend’s surprise underperformer Happy Death Day 2U dropped to seventh place in its second weekend with $4.89 million, down 48.5 percent, bringing the horror sequel to just $21.51 million so far. That is several million shy of the $26 million the first Happy Death Day made in its opening weekend alone. That is a notable hiccup for a series that was previously being viewed as yet another successful franchise launch for Blumhouse Entertainment.

Eighth place went to the Liam Neeson action film Cold Pursuit, which took in $3.21 million in its third weekend, a drop of 46.3 percent. The Lionsgate Films/Summit Entertainment release currently has grossed $27.00 million domestically, and is performing similarly to last year’s Neeson release The Commuter, which finished with $36.3 million total.

Dropping 42.1 percent to ninth place was STX Entertainment’s The Upside, with $3.18 million in its seventh weekend, bringing its domestic total to $99.71 million. This week it will become the fifth $100 million live-action grosser of Kevin Hart’s career after Jumanji: Welcome to the Jungle, Ride Along, Central Intelligence and Scary Movie 3.

Rounding out the Top 10 in 10th place was Roadside Attractions’ faith-based sports drama Run the Race from executive-producer Tim Tebow, the former NFL star and current MLB outfielder with $2.16 million on 853 screens. That is a better debut than last year’s Christian-themed release Indivisible, which opened with $1.5 million on about the same number of screens in October, but a far cry from Roadside Attractions’ breakout faith-based hit I Can Only Imagine last year. That film opened to $17.1 million last spring and finished its domestic run with $83.4 million.