The three-day President’s Day weekend last year saw the top 10 gross more than $265 million, the bulk of which was due to the over $202 million three-day opening of Black Panther, accounting for nearly 76 percent of the combined top 10 gross. This year didn’t have such a blockbuster release, and while expectations were lower, the top 10’s combined $105.21 million makes for the worst three-day President’s Day weekend since 2004. 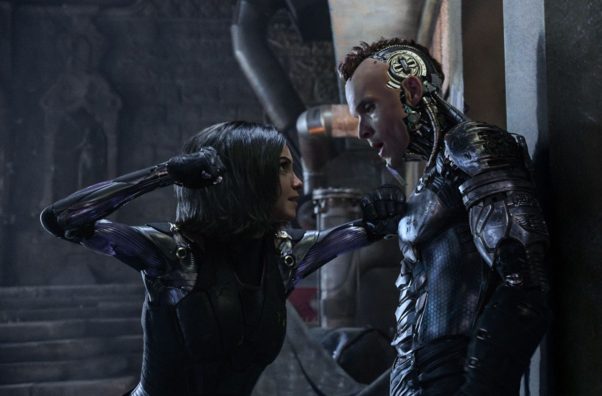 Originally announced way back in 2003, 20th Century Fox’s Alita: Battle Angel finally fought its way to the screen with James Cameron on board as a producer and Robert Rodriguez taking over directing duties from Cameron. Despite debuting to mixed reviews, Cameron’s name clearly helped bump up the interest level among general audiences unfamiliar with the Japanese manga on which the film is based.

Additionally, the film’s marketing campaign, which emphasized its cutting-edge technological aspects — it was shot using a mix of live-action and CGI — seems to have further boosted excitement from fans. That helped increase the opening weekend numbers thanks to higher-priced premium formats like 3D and IMAX, the latter of which made up 15 percent of North American receipts. Alita is already performing far better than other similar recent sci-fi blockbusters like Valerian and the City of a Thousand Planets with a $17 million three-day opening, $41.1 million total, and Ghost in the Shell with a $18.6 million debut and $40.5 million total.

All of that being said, Alita’s reported $170 million production budget presents a considerable hurdle for its long-term prospects. Since opening on Wednesday, it has grossed $42.25 million, a fantastic number for most other releases, but somewhat underwhelming for a film boasting such a high price tag. Unless it holds up extraordinarily well over the coming weeks, it will need to rely heavily on overseas grosses to make up for its performance domestically. The Avatar association won’t hurt in that regard, but Alita also simply doesn’t hold the same kind of gravity as that film, which benefitted considerably from the sense that it represented something entirely new and groundbreaking in theaters. In short, Alita is going to need strong word-of-mouth to get where it needs to be in North America.

Dropping to second place following its disappointing opening the previous weekend was Warner Bros. Pictures’ The Lego Movie 2: The Second Part, which held up reasonably well in its sophomore frame with $20.80 million over the three-day and $27.75 million over the four-day. That is a drop of 39.0 percent for the three-day period, which suggests word-of-mouth for the film has been reasonably strong despite those underwhelming opening numbers. Still, it has quite a bit of catching up to do; with a total of $69.23 million after 11 days, it is currently running about 48 percent behind the first Lego Movie and 31 percent behind The Lego Batman Movie at the same point. 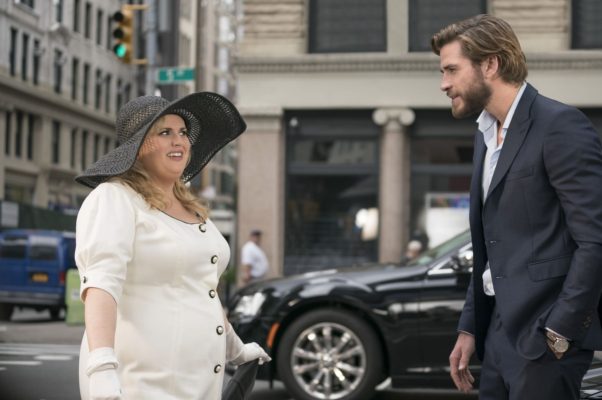 Debuting in third place was Warner Bros.’ release of New Line’s Isn’t It Romantic, which earned $14.25 million over the three-day and $16.64 million over the four-day. Since opening on Wednesday, the Rebel Wilson rom-com has taken in $22.89 million, a good result for a film budgeted at a reported $31 million.

The positive result is partially the result of the savvy Valentine’s Day release date for the film, partially the result of its clever concept and marketing campaign, and partially the result of its better-than-average critical reviews for a rom-com. But it also attests to Wilson’s drawing power, who has now proven she can open a film on her name alone. While the actress co-starred in all three blockbuster Pitch Perfect movies, those were ensemble films whose success couldn’t necessarily be pegged to any one performer. Here, the case can clearly be made that Wilson’s starpower was a major draw.

Finishing in fourth place following its solid opening the previous weekend was Paramount Pictures’ What Men Want, which took in $10.68 million over the three-day and $12.21 million over the four-day. That represents a decent 41.4 percent drop from its three-day opening weekend and brings the Taraji P. Henson comedy to a healthy $37.44 million total through Monday.

Debuting in fifth place was Universal Pictures’ release of Blumhouse Entertainment’s Happy Death Day 2U, the sequel to 2017’s Happy Death Day, which grossed $9.50 million over the three-day weekend and $11.00 million over the four-day. That is a 57.7 percent drop from the first film’s $26 million three-day opening, suggesting audiences weren’t nearly as excited for a second round as Universal and Blumhouse might have hoped. Conceivably, the horror follow-up may have also been hurt by the presence of Isn’t It Romantic. While the films exist in different genres, both hold strong appeal for young women, and it seems more of them were in the mood for a light rom-com than a horror film over the long weekend.

Still, Happy Death Day 2U’s underperformance is a bit confusing given the consistent strength of horror fare over the last several years and the fact that it followed up a well-liked title with a fun, easy-to-market premise. Additionally, reviews were about in line with those of the first movie, while audience scores are nearly identical. One factor could conceivably have been the film’s inherently repetitive, Groundhog Day-style premise, with audiences deciding to opt for one of the weekend’s fresher newcomers instead.

Sixth place went to Lionsgate Films’ Cold Pursuit, the Liam Neeson action film that debuted to a so-so middling $11 million the weekend before. With $5.98 million over the three-day weekend and $6.95 million over the four-day, the film dropped 45.8 percent from its previous three-day total, which is about in line with some of Neeson’s more recent thrillers. With $22.07 million through Monday, it is running slightly ahead of Neeson’s 2015 Run All Night, which brought in almost exactly the same total over opening weekend and finished its North American run with $26.4 million.

In seventh place, STX Entertainment’s The Upside continued its fantastic run with $5.49 million over the three-day weekend and $6.51 million over the four-day, which bring its grand total to an outstanding $95.12 million through Monday. That is a 22.5 percent slip from the previous three-day weekend. The feel-good drama will soon cross the $100 million mark, becoming Kevin Hart’s fourth live-action starring movie to do so after Jumanji: Welcome to the Jungle with $404.5 million total, Ride Along with $134.9 million and Central Intelligence with $127.4 million.

This coming weekend’s new wide releases include Universal and DreamWorks Animation’s How to Train Your Dragon: The Hidden World and MGM’s Fighting with My Family, which opened in four theaters last weekend, but expands nationwide.