After the lowest grossing January in years, February looks unlikely to turn thing around, as the month’s biggest release The Lego Movie 2: The Second Part debuted with $34.12 million, about $20 million below expectation.

Despite finishing under expectations, The Lego Movie 2: The Second Part finished in first place with $34.12 million.
(Photo: Warner Bros. Films)

Warner Bros. Pictures’ animated sequel opened 50.5 percent behind The Lego Movie and 35.6 percent behind The Lego Batman Movie. Despite opening in first place, The Lego Movie 2’s opening gross, which doesn’t include $600,000 from a special pre-release screening back in January, counts as a major disappointment for the movie studio, which saw the first Lego Movie debut to an impressive $69 million in 2014. While no one expected the sequel to open quite that high, even the studio’s conservative expectations had the follow-up coming in between $50-$55 million, or roughly what The Lego Batman Movie managed in its opening weekend in 2017 with $53 million. Sadly, despite coming in with strong reviews and debuting during a non-competitive period for family-oriented films in general, the sequel couldn’t get anywhere close to that range.

One possible explanation for The Lego Movie 2’s underperformance is that fact that the franchise in general has been on a downward trend since the first installment racked up $257.7 million in North America five years ago. Although The Lego Batman Movie still managed a solid $175.7 million domestic total, The Lego Ninjago Movie debuted to just $20.4 million in September 2017 and finished with a lackluster $59.2 million domestically, making it the franchise’s first bona fide disappointment. That film also was the first of the series to garner less-than-favorable reviews. It was also the least-liked installment among moviegoers.

At the very least, audiences seem to like The Lego Movie 2 considerably more than they did The Lego Ninjago Movie. If word-of-mouth can overcome apparent burnout from audiences on the Lego franchise in general, it could enjoy a long run in the weeks ahead, or at least until the release of Universal Pictures’ highly-anticipated animated threequel How to Train Your Dragon: The Hidden World on Feb. 22. On th bright side, it should enjoy a nice boost this coming weekend thanks to the President’s Day holiday. 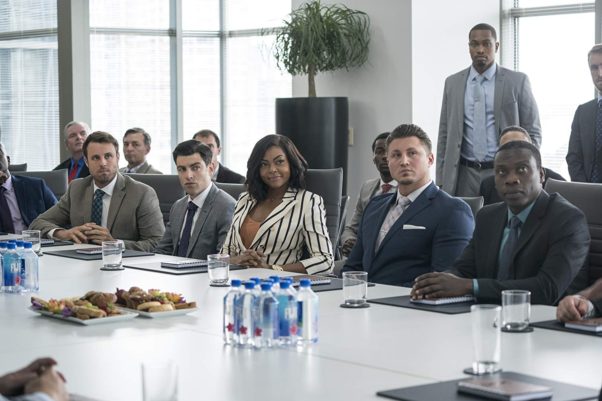 Finishing in second place was Paramount Pictures’ What Men Want, a spiritual sequel to Nancy Meyers’ 2000 smash-hit comedy What Women Want starring Mel Gibson. What Men Want, starring Taraji P. Henson as a woman who can suddenly hear what men are thinking, opened with $18.23 million, roughly in line with expectations and about 45.7 percent behind the original.

Working in the film’s favor was both Henson’s starpower, a recognizable brand for older audiences and a strong appeal with older women, who have been largely neglected so far in terms of the year’s theatrical offerings. While reviews were only so-so, comedies in general tend to be somewhat more critic-proof than other genres. Nonetheless, this is a good debut for a film budgeted at a reported $20 million and a further illustration of Henson’s pull as a leading actress. 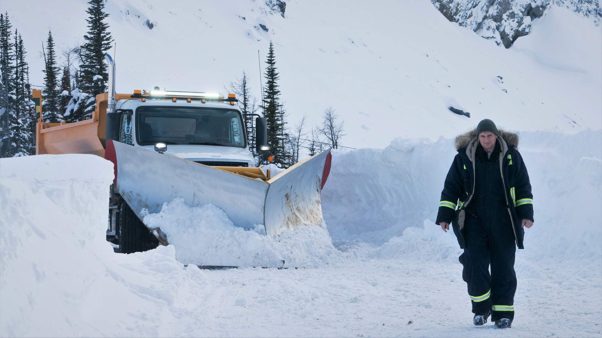 Third place went to Lionsgate Films’ release of Summit Entertainment’s Cold Pursuit starring Liam Neeson as a snowplow driver who seeks revenge against the drug dealers he believes killed his son. With an $11.03 million opening, the film finished roughly in line with expectations, although it fell on the low end of Neeson’s string of action films over the last decade.

Neeson’s highest debut was 2012’s Taken 2 with $49.5 million. Cold Pursuit finished closer to last year’s The Commuter with a $13.7 million opening and $36.3 million final tally, and 2015’s Run All Night with an $11 million debut and $26.4 million final total). Although with considerably stronger reviews than those last couple of titles, Cold Pursuit could enjoy stronger holds in the coming weeks. Still, in general it has been a case of diminishing returns for these types of Neeson movies since his Taken heyday, with openings in the low teen millions currently more typical.

Finishing in fourth and fifth places were holdovers STX Films’ The Upside and Universal’s Glass, which took in $7.08 million and $6.28 million, respectively. The Kevin Hart-Bryan Cranston dramedy posted another strong hold, slipping just 18.4 percent from the previous weekend, and has earned $85.66 million domestically after five weekends. Glass, meanwhile, dropped four spots and 32.4 percent after finishing in first over the prior three weekends. The M. Night Shyamlan superhero thriller now stands at $98.33 million after four weekends.

Just missing the Top 5 was the weekend’s other new wide release The Prodigy with $5.85 million in sixth place. That wasn’t bad for the Orion Pictures’ horror film starring Taylor Schilling, which has a reported $6 million budget, similar to The Possession of Hannah Grace, which debuted with $6.4 million last November and finished with $14.8 million in North America.

Finishing in eighth and ninth places were superhero holdovers Aquaman and Spider-Man: Into the Spider-Verse, which brought in $3.20 million and $3.04 million after eight and nine weeks, respectively. Warner Bros.’ Aquaman was down 34.4 percent and Sony Picture’s Spider-Verse dropped 33.2 percent. With $328.45 million, the former title has now surpassed the lifetime gross of DC Extended Universe stablemate Suicide Squad with $325.1 million total and will soon surpass Batman v. Superman: Dawn of Justice’s $330.3 million total to become the second highest-grossing DCEU title in North America after Wonder Woman with $412.5 million. Spider-Verse, meanwhile, has a $179.83 million domestic total.

Rounding out the Top 10 was Sony’s Miss Bala, which plummeted 59.9 percent to $2.75 million in its second weekend. The drama-thriller starring Gina Rodriguez has $11.89 million after 11 days on a budget of $15 million.