On Super Bowl weekend, typically one of the slowest box office weekends of the year, Universal Pictures’ sequel Glass won for the third weekend (Feb. 1-3) with $9.55 million, a drop of 49.4 percent. That brings the superhero thriller to $88.67 million after 17 days. 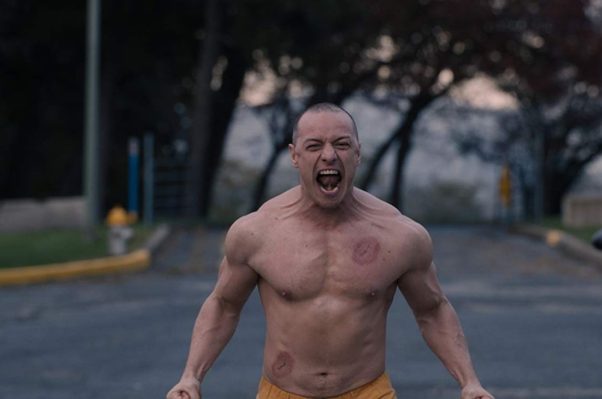 Glass lead the box office with $9.55 million for the third weekend in a row. (Photo: Universal Pictures)

The M. Night Shyamalan-directed sequel has been fading much more rapidly than the series’ previous installment Split, which had taken in $102.9 million at the same point in its release and finished with $138.1 million in North America. Glass is now 10 percent behind Split despite debuting with a higher opening weekend and week. Nonetheless, Glass should soon cross the $100 million mark.

Just a hair behind in second place was STX Entertainment’s word-of-mouth hit The Upside with $8.68 million, a slip of just 27.3 percent from the previous weekend. After four weeks, the Kevin Hart-Bryan Cranston dramedy has earned an impressive $75.42 million, a fantastic total considering that it debuted with $20.3 million back in mid-January. It has kept its weekend-to-weekend drops below 30 percent for the entirety of its run, indicating just how strong word-of-mouth has been.

Debuting in third place with $6.86 million was Miss Bala, the remake of the 2011 Mexican thriller of the same name that stars Gina Rodriguez as an American woman kidnapped by a Mexican drug cartel. The $15 million Sony Pictures release received mostly negative reviews from critics and had soft social media and trailer metrics leading up to release, making it an uphill battle for the film despite the talent involved, including Twilight director Catherine Hardwicke. Nonetheless, the woman-driven plot may have made it less-susceptible to a Super Bowl Sunday dip with 54 percent of its opening weekend audience female and 66 percent older than 25. 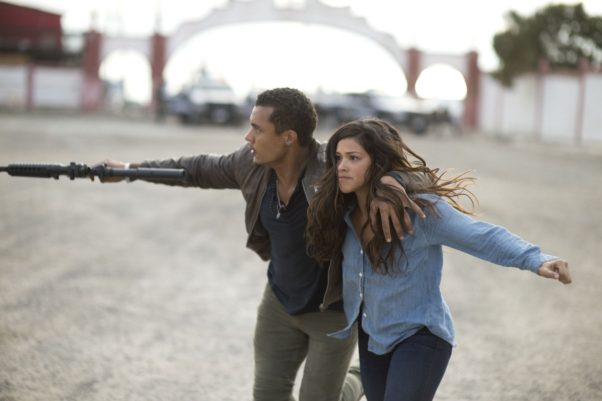 Warner Bros. Pictures’ Aquaman took in $4.88 million in its seventh weekend, a drop of 32.9 percent, to finish in fourth place. With $323.62 million so far, the DC Extended Universe release should surpass the lifetime domestic totals of both Suicide Squad with $325.1 million and Batman v. Superman: Dawn of Justice with $330.3 million over the next couple of weeks.

Sony’s Spider-Man: Into the Spider-Verse finished in fifth place with $4.55 million, a fall of just 25.5 percent from the previous weekend. The animated superhero flick now has earned $175.42 million domestically after eight weekends.

Finishing in sixth place was Universal’s Green Book, which added 216 locations last weekend, with $4.35 million, a drop of just 20.8 percent for the period drama that racked up five Oscar nominations including Best Picture two weeks ago. With $55.85 million after 12 weekends, the film is notable for its lengthy run. This was its third-highest weekend despite having been in theaters for three months. It is certainly the Best Picture contender that has benefitted most from its nomination this year.

In seventh place, The Kid Who Would Be King took in $4.25 million in its second weekend, a fall of 40.7 percent from its $7.17 million debut. The total for the 20th Century Fox release now stands at a rather disappointing $13.22 million.

Rounding out the Top 10, Warner Bros.’ They Shall Not Grow Old earned $2.44 million from 735 locations in its first weekend of formal release. That brings the total for the Peter Jackson-directed documentary – which features colorized footage of British soldiers on the western front in WWI – to $10.79 million. The film had brought in $8.3 million from three limited-event engagements over the last several weeks.

This week’s new wide releases include Warner Bros.’ The LEGO Movie 2: The Second Part along with Paramount Pictures’ release of the R-rated comedy What Men Want, Summit’s Cold Pursuit and Orion Pictures’ debut of The Prodigy.