In a slow weekend (Jan. 25-27) for new releases at the North American box office, the previous weekend’s leader Glass stayed on top with an $18.88 million. Meanwhile, freshman entries The Kid Who Would Be King and Serenity opened soft, The Upside remained strong thanks to continued positive word of mouth, and a crop of Oscar nominees either increased their screen counts or made their way back into theaters. 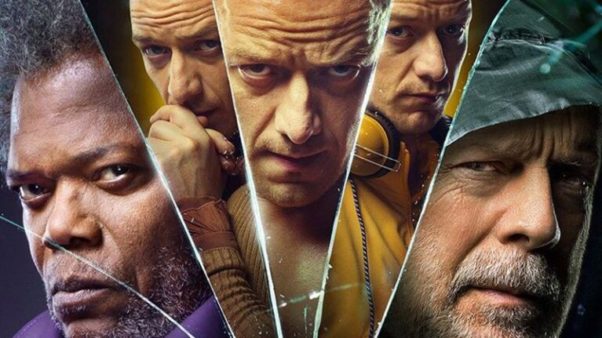 Glass lead at the box office for the second straight weekend with $18.88 million. (Photo: Universal Pictures)

Remaining in first place for the second weekend was Universal Pictures’ Glass, which dropped 53.2 percent from its debut weekend’s $40.33 million three-day opening. That is a much steeper second-weekend drop than 2017’s Split, which dipped about 36 percent to $25.6 million after opening to about the same amount in January 2017. That film, of course, was much better-received critically and seems to have benefitted from positive word-of-mouth. Glass now has earned $73.43 million domestically after 10 days.

Coming in second was STX Entertainment’s crowd-pleasing dramedy The Upside, which slipped just 20.5 percent to $11.94 million in its third weekend. The Kevin Hart-Bryan Cranston film is really living up to its audience ranking and now stands at an impressive $62.85 million after 17 days.

Third place went to the box office smash Aquaman, which took in $7.27 million in its sixth weekend. The total for the Warner Bros. Picture title is inching closer to DC Extended Universe cohorts Suicide Squad with $325.1 million and Batman v. Superman: Dawn of Justice with $330.3 million domestically. If it can maintain its strong holding power — it dipped just 28.6 percent from the previous weekend — it should have no problem catching up to those titles. 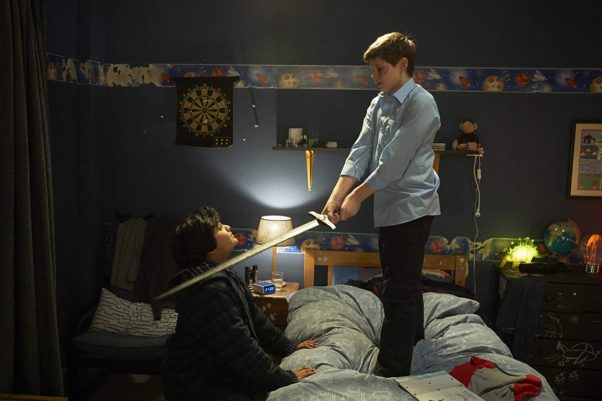 The Kid Who Would Be King debuted in fourth place with $7.27 million. (Photo: 20th Century Fox)

Debuting in fourth place was The Kid Who Would Be King, which was written and directed by Joe Cornish (Attack the Block). With an opening of $7.27 million, 20th Century Fox’s PG-rated fantasy-adventure finished on the low end of expectations despite largely positive critical reviews and little competition for family audiences. It doesn’t help that the 20th Century Fox release comes with a budget of $59 million.

Unlike many similar titles, The Kid Who Would Be King wasn’t based on a pre-existing book, so it had an uphill battle in appealing to its target kid demographic which is used to films based on popular books and other intellectual properties. Opening weekend audiences were 53 percent female and 53 percent aged 25 and older.

In fifth, Sony Animation’s Spider-Man: Into the Spider-Verse, which had another impressive hold, falling just 19.3 percent to $6.11 million in its seventh weekend. After seven weeks in the top five, it is now only the third film in the past year to do so, in addition to Black Panther and Avengers: Infinity War. With a domestic total of $169.00 million, the newly-minted Oscar nominee for Best Animated Feature is close to surpassing Hotel Transylvania 2 which grossed $169.7 million to become the highest-grossing Sony Animation title ever in North America.

Universal’s Green Book returned to the Top 10 in sixth place with $5.49 million thanks to the addition of nearly 2,000 screens. Like several other awards-season favorites last weekend, including Vice, Bohemian Rhapsody, A Star Is Born, The Favourite and BlacKkKlansman, the film added screens thanks to receiving a Best Picture nomination from the Oscars. Now in its 11th weekend, the period drama has grossed $49.08 million in the bank. The film has reached that total without ever cracking $6 million on any given weekend. Additionally, it made roughly the same amount last weekend as it did in its wide opening back in late November, but with a much higher screen count.

In seventh place, Sony Pictures’ A Dog’s Way Home had another good hold, earning $5.10 million in its third weekend, a slip of just 29.1 percent. The family drama now has earned $30.71 million domestically.

Debuting with a disappointing $4.42 million in eighth place was Aviron’s Serenity, the Anne Hathaway-Matthew McConaughey thriller that couldn’t get enough traction despite its leads. Couple that with poor reviews and a terrible opening night audience reaction, and it isn’t any wonder the film had difficulty attracting attention. The opening audience was split 50/50 male vs. female with 73 percent being 25 or older.