Three-time champ Aquaman was unexpectedly knocked off its perch last weekend (Jan.11-13), as the Kevin Hart-Bryan Cranston dramedy The Upside surpassed predictions to land in first place with $20.36 million. The weekend’s other two new wide releases saw a mixed bag, with A Dog’s Way Home performing solidly in third place while Replicas missed the Top 10 completely thanks to a weaker-than-expected performance. 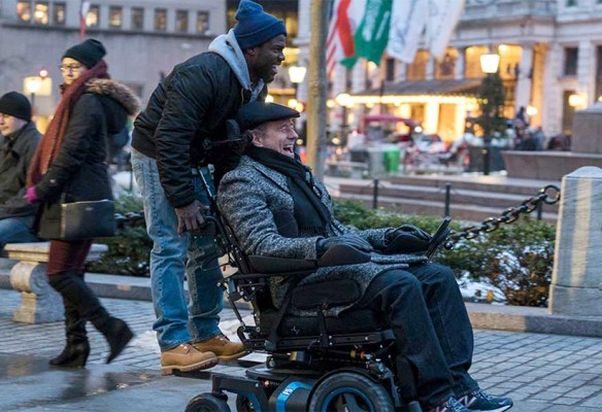 After scoring a hit last fall with Universal Pictures’ Night School, which debuted with $27.2 million and finished with $77.3 million total, Kevin Hart worked his box office magic again with STX Films’s The Upside, which managed an opening weekend nearly double what many had expected. While that is no small feat, it is worth noting that the feel-good film, which is a remake of the massive international hit The Intouchables, actually falls on the lower end of the spectrum for a typical Hart release, close to what The Wedding Ringer opened with in 2015. That said, the film, which also stars Bryan Cranston and Nicole Kidman, isn’t a typical release for the comedian given its intermingling of comedy with more serious dramatic themes, so the comparison isn’t particularly fair. Reviews weren’t great, but the film’s opening audience reaction help account for its better-than-expected performance.

Hart has been a ubiquitous presence on the promotional trail for The Upside despite the recent controversy surrounding his past homophobic jokes and tweets, which led him to resign his post as this year’s Oscars host. That said, it is difficult to assess how the controversy may have affected the film’s performance. Notably, this is the first No. 1 movie in STX’s more than three-year history, partly thanks to the studio’s decision to cut the film down from an R to a PG-13 rating after acquiring it in The Weinstein Co.’s bankruptcy settlement, thereby opening it up to a broader cross-section of moviegoers. The films opening audience was 59 percent female and 74 percent age 25 and older.

Falling to second place after a three-week reign at the top of the chart was Warner Bros. Pictures’ Aquaman, which earned $17.35 million in its fourth weekend, a drop of 44.0 percent from the previous weekend. That brings is domestic total to $287.95 million, just shy of Man of Steel’s $291 million, but still a ways away from the likes of fellow DC Extended Universe entries Suicide Squad with $325.1 million, Batman v. Superman: Dawn of Justice with $330.3 million and Wonder Woman with $412.5 million. While the film certainly won’t reach the heights of the latter title domestically, it may well surpass the former two by the end of its North American run if it can continue to demonstrate strong holding power. That said, it may take a bigger hit than normal next weekend with the release of Universal’s Glass, which is the closest to a direct competitor it has seen since hitting theaters on Dec. 21.

However globally, Aquaman passed $1 billion worldwide last weekend taking in $27.9 million internationally bringing its total to $1.02 billion. It becomes the fifth and final film from 2018 to do so, along with Avengers: Infinity War, Black Panther, Jurassic World: Fallen Kingdom and Incredibles 2. 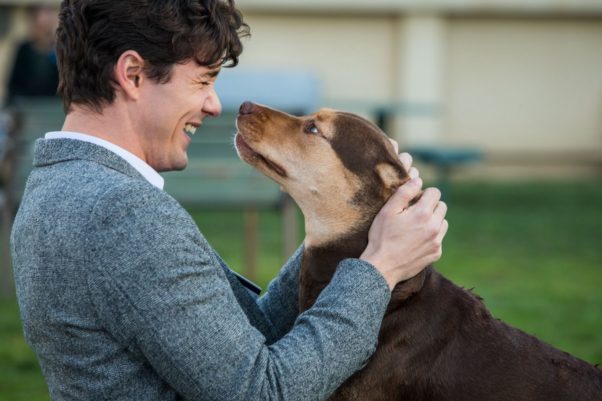 In third place, newcomer A Dog’s Way Home took in $11.25 million, a respectable finish that is 38.2 percent lower than the $18.2 million opening of 2017’s A Dog’s Purpose, which was also based on a book by author W. Bruce Cameron, who also co-wrote the screenplays for both movies. In fairness, A Dog’s Purpose had less competition for the family audience in its opening weekend, while A Dog’s Way Home had to contend with holdovers including Mary Poppins Returns, Bumblebee and Spider-Man: Into the Spider-Verse.

Reviews for the Sony Pictures’ release were mixed, although audiences gave it higher marks indicating positive word-of-mouth could propel it to a healthy total when all is said and done. Opening audiences were 52 percent female with 51 percent of the audience being 25 years or older.

In fourth was Sony’s Spider-Man: Into the Spider-Verse, which continued its strong run with $9.05 million in its fifth weekend. The film, which won the Golden Globe for Best Animated Feature, continues to hold up well with a drop of around 31.0 percent last weekend. Its domestic total now stands at $147.83 million.

Falling to fifth place was the previous weekend’s surprise hit Sony’s Escape Room, which dropped 51.0 percent to $8.93 million in its second weekend. Its total now stands at $32.46 million after 10 days, which is excellent considering its reported budget of just $9 million.

Falling a hefty 51.8 percent in its fourth weekend was Walt Disney Studios’ Mary Poppins Returns, which brought in $7.65 million in sixth place. When factoring in healthy international grosses, the musical sequel can be counted as a modest success, although its $151.09 million domestic total to date is quite a bit lower than what many had predicted.

In seventh place, Paramount Pictures’ Bumblebee brought in $7.21 million, down 45.4 percent from the previous weekend. The Transformers prequel stands at $108.90 million domestically after four weeks.

After playing in limited release for two weekends, Focus Features’ On the Basis of Sex expanded to 1,923 theaters and brought in $6.07 million in eighth place, giving it a total of $10.40 million in North America so far. The Ruth Bader Ginsburg biopic has received mixed reviews, but garnered excellent reaction from audiences, so there is some potential there for the film to hold up well in future weeks.

Ninth place went to the Clint Eastwood drama The Mule, which earned $5.67 million in its fifth weekend. Down just 37.8 percent from the previous weekend, the Warner Bros. release now has a healthy domestic gross of $90.71 million.

Rounding out the Top 10 was Annapurna’s Vice, which took in $3.24 million in its third weekend. The Dick Cheney biopic fell 43.5 percent from the previous weekend and has earned $35.89 million so far.

Debuting outside the Top 10 in 13th place was Entertainment Studios’ Replicas, which underperformed even with already-modest predictions with just $2.38 million in its opening weekend. The Keanu Reeves sci-fi/thriller, which was shot in the summer of 2016, wasn’t helped by extremely negative reviews and a minimum of buzz. Also landing outside the Top 10 in 12th place was If Beale Street Could Talk, which expanded to 1,018 locations last weekend after playing for several weeks in limited release. The Golden Globe nominee and winner for Regina King’s supporting performance brought in $2.41 million and now has a total of $7.71 million in North America.

This week’s only new opening is M. Night Shyamalan’s Glass, the sequel to the director’s 2000 Unbreakable as well as 2017’s surprise hit Split.