On a weekend with just one new wide release, Warner Bros. Pictures’ Aquaman repeated at the top of the box office for the third weekend in a row with $31.00 million, down 40.5 percent from the previous weekend, while holdovers Mary Poppins Returns, Bumblebee and Spider-Man: Into the Spider-Verse boasted strong holding power elsewhere in the top five. Meanwhile, the year’s first new wide release, Sony Pictures’ Escape Room exceeded expectations. 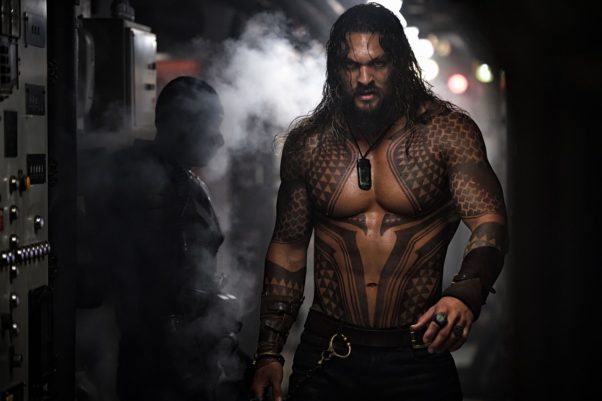 Aquaman repeated at the top of the box office for the third weekend in a row with $31.00 million. (Photo: Warner Bros. Pictures)

Having now surpassed The Dark Knight Rises as the highest-grossing DC film internationally, Aquaman held steady in North American theaters in its third weekend (Jan.4-6), raising its domestic total to an impressive $260.02 million. The Jason Momoa blockbuster has now surpassed the lifetime domestic gross of 2017’s Justice League with $229 million, with the next DC Extended Universe title being 2013’s Man of Steel, which took in $291 million in North America. With no major new titles to challenge its dominance until the Jan. 18 release of Universal Pictures’ superhero thriller Glass, the Aquaman has relatively smooth sailing over the next couple of weeks.

Internationally, Aquaman added another $56.2 million last weekend for a total of $681 million overseas and a global tally surpassing $940 million worldwide.

Making a surprise showing in second place was Escape Room, which debuted to a better-than-expected $18.24 million, continuing the trend of low-budget horror films outperforming forecasts. Indeed, last month’s The Possession of Hannah Grace — also released by Sony — opened to a better-than-expected $6.4 million (its domestic total now stands at $14.6 million), while the studio’s August release Slender Man also did better than predicted when it debuted to $11.3 million and finished with $30.5 million domestically. Escape Room, with a reported $9 million budget, outperformed both of those titles, in part thanks to a lack of horror-movie competition on a weekend dominated by feel-good holiday-season fare.

Escape Room’s PG-13 rating opened the film up to younger teens, allowing it access to a wider cross-section of moviegoers. Opening weekend audiences gave it a “B” grade, which is decent given the genre, while demographics saw audiences split 50/50 male-to-female with 53 percent of viewers being 25 years or older. 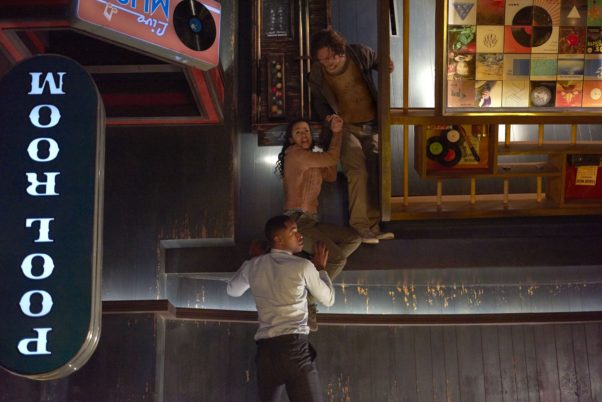 Slipping one spot to third place was Mary Poppins Returns with $15.86 million, a drop of 44.0 percent from the previous weekend. The Walt Disney Studios’ sequel now has earned $138.82 million since opening on Dec. 19, a healthy total that nonetheless falls short of what many had predicted leading up to its release. While the comparison is hardly fair, Mary Poppins Returns has so far proven to be far more front-loaded than last holiday season’s surprise musical hit The Greatest Showman, which debuted on the same weekend in 2017 with just $8.8 million, but Mary Poppins Returns actually gained the following weekend before dropping just 11 percent in its third weekend and posting sub-20 percent declines over the next several weeks. Luckily, competition for Mary Poppins Returns doesn’t look too stiff over the coming weeks, though two heartwarming titles debuting this coming weekend – A Dog’s Way Home and The Upside – could potentially chip away at its audience.

Fourth place went to Paramount Pictures’ Bumblebee with $13.20 million, a drop of 36.9 percent drop from the previous weekend. While the Transformers prequel hasn’t reached the box office heights of the first few films in the series, it has benefitted from stronger staying power than a number of its franchise predecessors thanks to positive word-of-mouth. With $97.56 million domestically so far, look for the film to surpass $100 million sometime this week, and potentially top the $130 million domestic total of the last film in the series, 2017’s The Last Knight, by the end of its run.

In fifth, Sony’s Spider-Man: Into the Spider-Verse, which won the Golden Globe Sunday evening for Best Motion Picture – Animated again showed off its staying power by slipping just 30.1 percent from the previous weekend’s gross with $13.13 million. Although it dropped more than 50 percent in its second weekend, the animated superhero flick rebounded in its third weekend by rising 14 percent from its sophomore weekend, and last weekend it continued to demonstrate the power of positive word-of-mouth. Its domestic total now stands at a healthy $133.82 million.

Sixth place went to Warner Bros.’ The Mule, which like many holiday-season holdovers has proven to be a strong repeat performer. Last weekend, the latest from Clint Eastwood brought in $9.11 million, a dip of 25.1 percent, bringing its domestic total to $81.18 million since opening on Dec. 14. Not adjusting for inflation, it is now Eastwood’s seventh highest-grossing film as an actor and eight-highest as a director. Budgeted at a reported $50 million, the film could well find its way past the $100 million mark domestically at its current pace.

Finishing in seventh place was Annapurna’s Vice, which fell 27.2 percent to $5.73 million in its second weekend. The Dick Cheney biopic was up for six Golden Globes at Sunday night’s ceremony, including Best Picture – Musical or Comedy although it only won Best Actor – Musical or Comedy for star Christian Bale. Its domestic total now stands at $29.73 million since opening on Christmas Day, but with the film’s reported $60 million budget it has a steep hill to climb.

Dipping 35.3 percent in eighth place was Second Act, the Jennifer Lopez comedy that brought in $4.76 million, bringing its North American total to $32.79 million so far. With a reported budget of $16 million, the STX release has proven to be reasonably strong counter-programming to the season’s flashier releases, and it will soon surpass the $35.4 million total of Lopez’s last wide-release starring vehicle, 2015 domestic thriller The Boy Next Door.

In ninth place, Disney’s Ralph Breaks the Internet continued its strong run with $4.67 million, good for a total of $187.15 million so far domestically. The animated comedy will soon surpass the $189.4 million domestic tally of the original Wreck-It Ralph.

Rounding out the Top 10 was Sony’s Holmes & Watson, which brought in $3.30 million, giving it a domestic total of $28.31 million since opening on Christmas Day. The Will Ferrell-John C. Reilly comedy has been spiraling quickly down the charts and will be remembered as one of the more disappointing box office performers of the holiday season.

The top 10 films last weekend grossed $119.00 million. That is 28.2 percent behind the previous weekend’s $165.81 million total. It is also 1.2 percent below the $120.49 million earned on the same weekend last year, when Hidden Figures led for the first time. Total box office year-to-date stands at $250.60 million after the first full weekend. That is 5.9 percent behind last year.