Into the Spider-Verse Swings into No. 1

After two weeks with no major new movie releases, Sony Pictures’ Spider-Man: Into the Spider-Verse injected some life into the box office last weekend (Dec. 14-16) with a strong opening of $35.36 million, which ranks as the highest opening ever for an animated film in the month of December. Also, Clint Eastwood’s latest film The Mule posted a solid debut, Mortal Engines sputtered and Once Upon a Deadpool – the PG-13 re-release of Deadpool 2 with all-new footage – debuted just outside the Top 10. 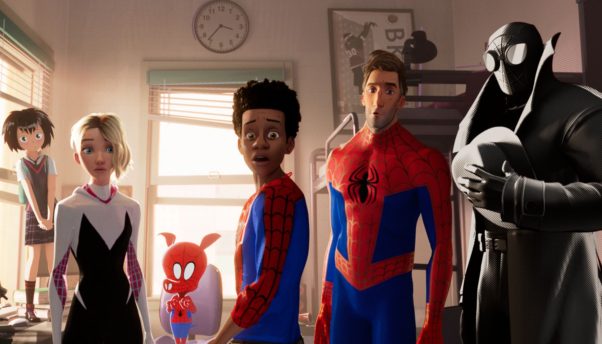 Sony Pictures’ Spider-Man: Into the Spider-Verse debuted at the top of the box office last weekend with $35.36 million, which ranks as the highest opening ever for an animated film in the month of December. (Photo: Sony Pictures)

Marking the seventh time the Marvel webslinger has topped the box office charts, Spider-Man: Into the Spider-Verse was buoyed by stellar reviews, its appeal to a wide cross-section of the moviegoing audience and the character’s enduring popularity. As both the first animated Spider-Man film to be released in theaters and the first to debut outside the summer movie season, it was unclear how the film would stack up to previous live-action installments of the franchise. And while the film’s $35.36 million debut is lower than any of its predecessors — the previous low was 2012’s The Amazing Spider-Man, which opened to $62 million — with a perfect reviews from moviegoers, Into the Spider-Verse’s long-term prospects look bright.

Into the Spider-Verse benefitted from being the first tentpole release to hit theaters since Thanksgiving, but with hype building steadily prior to its release — it received a Golden Globe nomination for Best Animated Feature — and the trailer regularly finishing among the top three titles in terms of audience interest in surveys, the film had all the makings of a late-in-the-year hit regardless. It also didn’t hurt that its main animated competitors in the marketplace – namely Dr. Seuss’ The Grinch and Ralph Breaks the Internet – are past the prime of their runs although both continue to perform strongly.

With younger audiences close to taking off school for winter break and word-of-mouth likely to be strong, it is reasonable to expect that the film will continue performing well through the end of the year and beyond, even with the highly-anticipated Warner Bros. Pictures/DC superhero film Aquaman set to open in North America this coming weekend.

Debuting in second place with $17.51 million was Warner Bros.’ The Mule, the first directing and starring title for Clint Eastwood since 2008’s Gran Torino, as well as his first starring role since 2012’s Trouble with the Curve. Unlike Gran Torino, which went through four weeks of limited release in mid-December before debuting wide in January, The Mule opened wide right out of the gate in 2,588 theaters. This opening is an improvement on Trouble with the Curve, which debuted to $12.1 million and finished with a disappointing $35.7 million in North America. As a director, The Mule represents Eastwood’s fifth-best wide opening ever after American Sniper with $89.2 million, Sully with $35 million, Gran Torino with $29.4 million and Space Cowboys with $18 million.

While critical reviews for The Mule have been mixed, audiences seem to like it much better. Even in his late 80s, Eastwood continues to hold strong appeal for wide audiences who gravitate to his brand of grizzled, tough-as-nails protagonists, and The Mule appears to be no exception. As an added bonus, there are few titles currently in release that cater to the 50-and-over demo, so the film counts as something of counter-programming amidst a slew of more youth-oriented releases. In fact, 54 percent of the film’s opening weekend audience was over the age of 50. 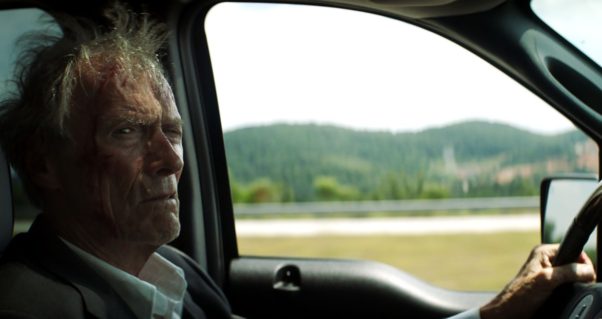 Third place went to Universal Pictures’ Dr. Seuss’ The Grinch, which officially overtook Ralph Breaks the Internet with $11.75 million. That gives the blockbuster a fantastic $239.46 million domestically after six weeks. The animated retelling of the classic book continues strong thanks to its tie-in with the upcoming Christmas holiday, and with still two weeks of December left it seems likely to surpass the lifetime gross of the live-action Grinch starring Jim Carrey, which earned $260 million total.

Falling three spots to fourth place after topping the box office for the last three weeks in a row was Walt Disney Studios’ Ralph Breaks the Internet, which took in $9.27 million in its fourth weekend, a drop of 43.0 percent from the previous weekend. With $154.15 million in North America, the animated sequel is currently 4 percent ahead of Wreck-It Ralph at the same point, although it is losing steam slightly faster than its predecessor. The original film had a final tally of $189.4 million in North America.

Stumbling into fifth place was Universal’s young adult adaptation Mortal Engines, which debuted with $7.56 million. The movie, which cost a reported $100 million to produce, had a number of factors working against it, from poor critical notices to the waning box office performance of the once-hot YA fantasy genre. This despite the studio’s heavy push of producer and Lord of the Rings director Peter Jackson’s name in marketing materials and the book’s considerable pre-existing fanbase. It didn’t help that the film went head-to-head with Into the Spider-Verse, which also held considerable appeal with tweens and teens, thereby eating into Mortal Engines’ audience. With this opening, the film will undoubtedly be counted as one of the more disappointing box office performers of the season.

Sixth place went to MGM’s Creed II, which earned $5.39 million in its fourth weekend, down 46.0 percent. The Rocky sequel is now running about 16 percent ahead of its predecessor at the same point and has now crossed the $100 million mark. With a domestic total of $104.87 million, it should pass the Creed’s lifetime gross by this coming weekend.

In seventh place, 20th Century Fox’s Bohemian Rhapsody fell just 29.8% to $4.31 million, bringing its North American total to a spectacular $180.61 million after seven weeks. That makes the Freddie Mercury biopic the second blockbuster music-based drama of the fall season after A Star Is Born, which is primed to cross the $200 million mark this week.

Eighth place went to Paramount Pictures’ Instant Family, which had another strong hold last weekend, falling just 34.2 percent to $3.79 million and a total of $60.20 million after five weeks. Warner Bros.’ Fantastic Beasts: The Crimes of Grindelwald finished in ninth place with just under $3.79 million, a drop of 45.5 percent, bringing its domestic total to $151.79 million after five weeks. Rounding out the Top 10, Universal’s Green Book took in $2.77 million, a drop of just 29.2 percent from the previous weekend. While its wide debut was seen as somewhat disappointing, the crowd-pleasing film has held up well in subsequent weeks thanks to solid word-of-mouth. Its total now stands at $24.65 million.

Debuting just outside the Top 10 with $2.68 million was 20th Century Fox’s Once Upon a Deadpool, the re-release of Deadpool 2 that tones down the foul-mouthed superhero to the tune of a PG-13 rating in an effort to draw in younger viewers. Notably, the re-release comes with a charitable bent, as one dollar from each ticket sold goes to supporting the non-profit Fudge Cancer.

But the big winner last weekend was once again outside the U.S. where Warner Bros. Aquaman, which debuts domestically this coming Friday, earned $131.3 million for an overseas total of $266.4 million so far.

This week’s new openings include in addition to Aquaman include Disney’s Mary Poppins Returns on Wednesday and Paramount’s Bumblebee, STX’s Second Act and Universal’s Welcome to Marwen on Friday.