It was another slow weekend (Dec. 7-9) at the North American box office as the Top 6 films remained unchanged from the previous weekend, with only one new semi-wide release – actually a re-release of Steven Spielberg’s Schindler’s List – making its way to theaters. The Walt Disney Studios’ Ralph Breaks the Internet retained the top spot with $16.25 million in its third weekend, while holdovers including Dr. Seuss’ The Grinch and Creed II also boasted strong holds. But the big story was Aquaman‘s debut in China. 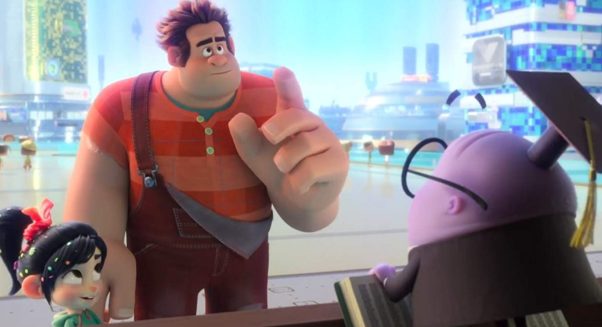 Falling 36.9 percent from the previous weekend, Ralph Breaks the Internet — a Golden Globe nominee for Best Animated Film — now stands at $140.97 million in North America after 19 days, putting it 11.4 percent ahead of predecessor Wreck-It Ralph at the same point. It is the fourth-highest grossing animated film of 2018 after Incredibles 2, Dr. Seuss’ The Grinch and Hotel Transylvania 3: Summer Vacation. It may take a big hit next weekend when the highly-anticipated Spider-Man: Into the Spider-Verse swings into theaters.

Second place again went to Universal Pictures’ Dr. Seuss’ The Grinch, which brought in $15.04 million in its fifth weekend. That is a slip of just 15.2 percent from the previous weekend, giving it title a total of $223.32 million to date domestically. With still over three weeks to go until New Year, the animated comedy should continue to see impressive holds through the end of the holiday season.

MGM’s Creed II repeated in third place with $9.98 million, bringing the boxing sequel’s total to $96.12 million domestically after 19 days. That was a drop of 40.7 percent. It is now 18 percent ahead of the first Creed, which finished its run with a total of $109.7 million in North America.

Warner Bros. Pictures’ Fantastic Beasts: The Crimes of Grindelwald held onto fourth place with $6.95 million in its fourth weekend, down 38.0 percent bringing its domestic total to $145.36 million so far. It continues to pace significantly behind the original Fantastic Beasts and Where to Find Them, which had brought in $198.9 million by the same point in its run.

In fifth place, 20th Century Fox’s Bohemian Rhapsody continued its incredible run slipping just 24.2 percent to $6.14 million in its sixth weekend, bringing the musical biopic to $173.71 million in North America so far. The film received another boost last week due to its two Golden Globe nominations, for Best Motion Picture – Drama and Best Actor in a Motion Picture – Drama for star Rami Malek.

Sixth place went to Paramount Picture’s Instant Family, which earned $5.76 million in its fourth weekend. That is a small drop of just 19.4 percent, continuing the family dramedy’s sturdy run. It now has earned $54.3 million in North America.

Expanding to more than 100 additional theaters last weekend was Universal’s Green Book, which scored five Golden Globe nominations, including Best Motion Picture – Musical or Comedy and acting nods for stars Viggo Mortensen and Mahershala Ali. With $3.91 million – roughly even with the previous weekend’s take – the crowd-pleasing title has continued to generate strong word-of-mouth. Its domestic total is $19.95 million to date.

Rounding out the Top 10, Sony Pictures’ The Possession of Hannah Grace finished in ninth place in its second weekend with $3.17 million, a plunge of 51.2 percent. The horror film now has earned $11.50 million to date, putting it in roughly the same ballpark as last year’s Flatliners remake, which had grossed $12.5 million by the same point. And in 10th place, 20th Century Fox’s heist thriller Widows took in $3.15 million, a drop of 28.4 percent, for a domestic total of $38.21 million so far.

Landing just outside the Top 10 was Fox Searchlight’s The Favourite, which brought in $1.50 million in its expansion to 90 locations. The acclaimed period satire has been ranking high on many critics’ year-end Top 10 lists and was nominated for five Golden Globes last week, including Best Motion Picture – Musical or Comedy. It has $3.53 million so far and is slated to expand to more than 500 locations this coming weekend.

Also outside the Top 10 was the re-release of Schindler’s List, the 1993 Holocaust drama directed by Steven Spielberg that was fully remastered for this 25th anniversary re-release. The film brought in just $556,760 from 1,029 theaters and was also screened free for close to 10,000 students in partnership with USC’s Shoah Foundation. The film grossed over $96 million during its original run and also won the Academy Award for Best Picture. 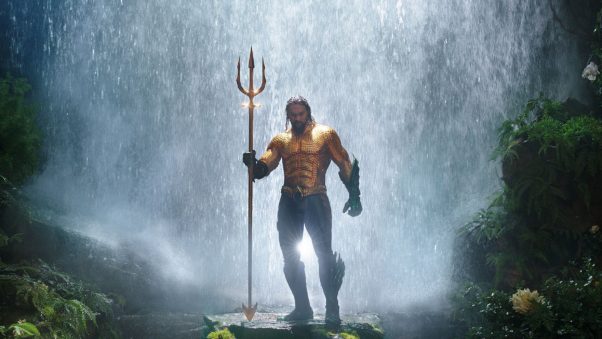 Arguably the biggest story last weekend was the fantastic debut of Warner Bros.’ Aquaman in China, where it grossed $94.20 million on approximately 33,000 screens making it the top movie last weekend globally. It was the largest opening weekend ever for a Warner Bros. title in the country, as well as the largest opening weekend there for a D.C. Comics title.

Next weekend’s new openings include Warner Bros. release of Clint Eastwood’s The Mule; Sony will debut the critically acclaimed animated feature Spider-Man: Into the Spider-Verse; and Universal will release Mortal Engines. Also, 20th Century Fox will begin the release of the PG-13 release of Once Upon a Deadpool on Wednesday.