The weekend box office remained more or less unchanged in the typically-slow post-Thanksgiving weekend (Nov. 30-Dec. 2), with only one new title – horror film The Possession of Hannah Grace – debuting in wide release. The top slot again went to the previous weekend’s champ Walt Disney Studios’ Ralph Breaks the Internet, which took in $25.76 million in its sophomore weekend. 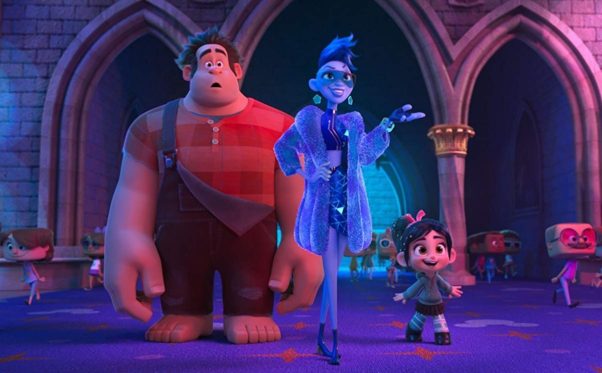 Second place went to Universal Pictures’ Dr. Seuss’ The Grinch, which continued its lucrative run with $17.73 million in its fourth weekend despite a 41.7 percent drop. That brings the total for the animated remake to $203.51 million, making it just the second animated movie to cross the $200 million mark this year after Disney’s Incredibles 2, which soared way beyond that benchmark by taking in over $608 million since debuting in June. With Christmas still nearly a month away, look for The Grinch to continue performing well through the end of the year.

Dropping to third place was MGM’s Creed II, which took in $16.83 million in its second weekend after posting the largest debut by a live-action movie over Thanksgiving weekend with $35.57 million over the three-day period. The total for the boxing sequel now stands at $81.17 million after 12 days, putting it roughly 25 percent ahead of the first Creed at the same point. The film’s 52.7% second-weekend drop was only slightly higher than the first Creed’s 49.4 percent fall back in 2015.

Fourth place went to Warner Bros. Pictures’ Fantastic Beasts: The Crimes of Grindelwald, which earned $11.20 million in its third weekend. That is a drop of 61.9 percent from its gross the previous weekend, bringing its total to $134.34 million so far. That is roughly 26 percent down from the gross of Fantastic Beasts and Where to Find Them at the same point, indicating that audiences have been somewhat less thrilled with the Wizarding World sequel than its predecessor. Nonetheless, solid international grosses are helping bolster the film’s overall performance, as it now stands at more than $500 million worldwide.

Holding steady in fifth place was 20th Century Fox’s Bohemian Rhapsody, which grossed $8.10 million in fifth weekend, a fall of 42.1 percent. With a total of $164.42 million so far, the blockbuster about the life of Queen frontman Freddie Mercury is now the highest-grossing biopic on a musical act of all time, surpassing the $161.1 million gross of Straight Outta Compton in 2015.

After slipping just 15.1% over Thanksgiving weekend, Paramount Pictures’ Instant Family had a more significant 41.9 percent drop in its third weekend with $7.15 million in sixth place, bringing its earnings to $45.93 million after 17 days. 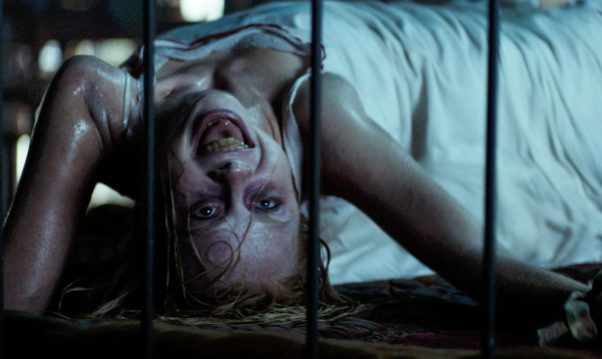 Seventh place went to the weekend’s only wide release newcomer, Sony Pictures’ The Possession of Hannah Grace, which debuted with $6.50 million. That was quite better than expected for the $9.5 million-budgeted horror film, which was clearly positioned as a counter-programmer against the current crop of feel-good holiday fare and Oscar-bait dramas.

Among recent horror releases, the opening is about on par with last year’s Flatliners, which also debuted to $6.5 million on its way to a final gross of $16.8 million. In the crowded holiday marketplace, expect the film to fade quickly, particularly when taking into account mediocre critical reviews and low audience ranking. Hannah Grace opened to an audience that was 51 percent female and 50 percent over the age of 25.

In eighth place, Lionsgate Films’ Robin Hood brought in $4.70 million, a 48.9 percent fall after debuting to a soft $9.20 million over the three-day Thanksgiving weekend, giving the action update a not-so-great $21.73 million so far. With a reported budget of $100 million, the film can firmly be counted as one of the season’s most notable disappointments.

Finally, rounding out the Top 10 is Universal’s Green Book, the Mahershala Ali-Viggo Mortensen race-relations drama that earned $3.90 million in its second weekend of wide release on 1,065 screens. That’s a drop of just 29.1 percent from the previous weekend for the well-reviewed release, which has a domestic gross of $14.01 million so far and was seemingly bolstered by strong word-of-mouth.

Next weekend wasn’t originally going to include any new wide releases, but Universal has decided to re-release Steven Spielberg’s Schindler’s List in more than 1,000 locations to commemorate the film’s 25th anniversary. Focus Features will release Mary Queen of Scots to limited audiences along with the limited releases of Roadside’s Ben Is Back and Neon’s Vox Luxstarring Natalie Portman.