In a competitive Thanksgiving weekend (Nov.23-25) featuring three new wide releases and several heavyweight holdovers, Walt Disney Studios’ Ralph Breaks the Internet easily topped the box office with a $56.24 million three-day take and $84.75 million over the five-day period. Elsewhere, MGM’s Creed II more than lived up to the hype generated by its powerhouse predecessor while Lionsgate Films’ latest version of Robin Hood faltered out of the gate. 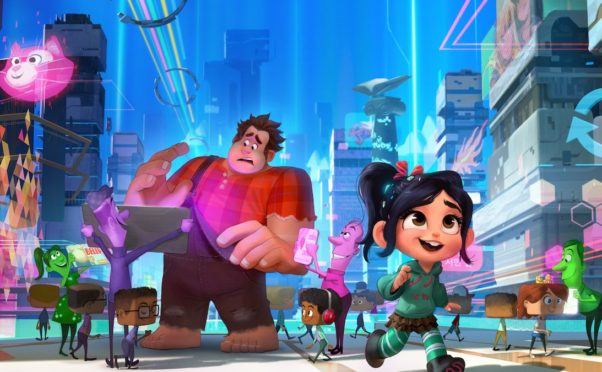 Despite six years passing since the release of Wreck-It Ralph, fans were clearly clamoring for more from the reformed arcade villain. The first film opened to $49 million in early November and boasted a good run in the ensuing weeks thanks to strong word-of-mouth, ultimately finishing its run with $189.4 million in North America. Both films benefitted from fantastic reviews. Audiences also rated both installments highly. Clearly goodwill from the first film kept audiences excited for a sequel, and the relative quality of the follow-up made good on that promise, leading to fantastic word-of-mouth through the weekend and a total that came in substantially higher than many had predicted despite heavy competition from the still-strong likes of The Grinch and Fantastic Beasts. Ralph Breaks the Internet played to audiences that was 44 percent 25 years of age or older, similar to the original, but the sequel played to a crowd that was 51 percent female compared to the first film, which skewed 55 percent male.

Creed II scored a knock out with $35.57 million over the Thanksgiving weekend. (Photo: MGM)

Like Ralph Breaks the Internet, this seems to be another case of goodwill generated from the first film carrying over to its follow-up, combined with a strong critical and audience response.

It is expected to play well through the holiday season just like its predecessor, which finished its run with an impressive $109.7 million in North America and nabbed a supporting Oscar nod for star Sylvester Stallone, who returned for the sequel. The film played to a more balanced audience than the original, playing to a crowd that was 57 percent male compared to 66 percent for the first film while 64 percent of the audience was aged 25 or older, with the single largest quad being 25-34 year olds at 30 percent.

The performance is not only the seventh largest Thanksgiving five-day opening of all-time, but the largest opening for a live-action film over the Thanksgiving weekend ever.

Universal Pictures’ Dr. Seuss’ The Grinch finished in third place with $30.39 million over the three-day, a drop of just 21.3 percent. That brings it total domestic earnings after 17 days to $180.49 million. Thanks to its Christmas theme, expect it to continue strong through the rest of the year, particularly with kids out of school over the holiday break.

Warner Bros. Pictures’ Fantastic Beasts: The Crimes of Grindelwald finished in fourth for the three-day weekend. The Fantastic Beasts and Where to Find Them sequel earned $29.38 million, down 52.7 percent, for a domestic total that stands at $116.55 million after 10 days. It is worth noting that that is a significantly steeper second-week drop than that of the first Fantastic Beasts, which also debuted the weekend before Thanksgiving and dropped 39 percent in its second weekend. The Crimes of Grindelwald is running roughly 25 percent behind the pace of its predecessor, which notably also went up against a major Disney animated release in its second weekend, that time in the form of Moana.

Twentieth Century Fox’s Bohemian Rhapsody rounded out the top five with $14.00 million over the three-day weekend, a slip of 12.7 percent, for a domestic total of $152 million. Like last year’s surprise hit The Greatest Showman, the crowd-pleasing Freddie Mercury biopic has captured audiences despite a lukewarm critical reception and seems destined to perform well through the end of the year.

The Rose Byrne-Mark Wahlberg dramedy Instant Family took sixth place in its second weekend, taking in $12.31 million over the three-day, a drop of dip of 15.1 percent, an incredibly strong hold that suggests the film has been garnering strong word-of-mouth from audiences. With $35.56 million after 10 days, the warm-and-fuzzy Paramount Pictures release looks to continue its strong run through the holidays. 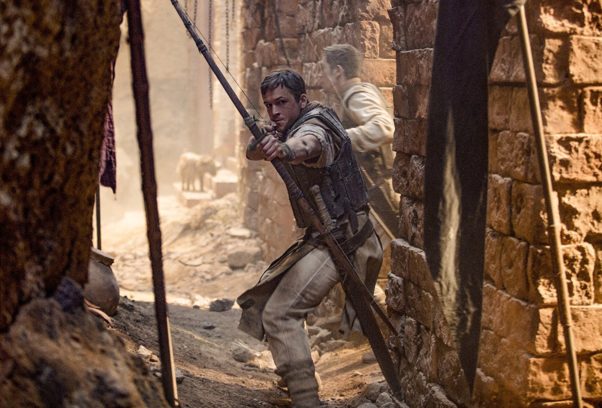 It isn’t until seventh place that we find Lionsgate’s release of Summit Entertainment’s Robin Hood, a film that carries reported budget around $100 million, which means its meager, $9.20 million three-day and $14.30 five-day opening makes it one of the biggest busts of 2018.

Critics panned the film, and while the mediocre audience score isn’t disastrous, the opening result shows there just wasn’t much of an audience for this one in the first place. The Lionsgate release is the second Robin Hood adaptation to hit screens over the past decade, with the somewhat better-received Russell Crowe-Ridley Scott version debuting to a far more lively $36 million in May 2010.

In eighth place, 20th Century Fox’s Widows took in $8.23 million over the three-day, a drop of 33.4 percent in its second weekend, bringing its domestic total to $25.86 million in its first 10 days. The Viola Davis heist thriller has benefitted from strong critical reviews and awards-season buzz thanks to a heavyweight cast and the work of Oscar-winning 12 Years a Slave director Steve McQueen.

Following its limited release on just 25 screens last weekend, Universal’s Green Book expanded to 1,063 theaters and brought in $5.50 million over the three-day to finish in ninth place, a decent total that brings the total to $7.86 million. The Mahershala Ali-Viggo Mortensen drama has been reasonably — if not ecstatically — well-reviewed, and audiences seem to be enjoying it even better. Whether that will translate into a robust performance for the feel-good film as we move further into the holiday season remains to be seen. As things stand right now, this could go either way.

Rounding out the top 10 was Warner Brother’s A Star is Born, which took in $3.02 million over the three-day, a fall of 29.6 percent. That brings the Lady Gaga-Bradley Cooper blockbuster’s total North American earnings to $191.00 million, making the film the eighth largest domestic release that never hit number 1 at the domestic weekend box office.

Outside the top 10, Focus Features expanded its release of Boy Erased into 672 theaters, up 263, where it brought in $1.16 million over the three-day frame for a $4.54 million domestic total after 24 days. And Sony’s expansion of The Front Runner into 807 locations, an increase of 785, following its Election Day limited bow, struggled to drum up any business, delivering just $632,139.

Next weekend sees one new wide release hitting theaters in the Screen Gems horror The Possession of Hannah Grace, debuting in about 1,900 locations. Warner Bros. will also release the drama Head Full of Honey into four theaters.