On a crowded weekend at the pre-Thanksgiving box office (Nov. 16-18), Warner Bros. Pictures’ , Paramount Pictures’ Instant Family and 20th Century Fox’s Widows all debuted near the lower end of expectations, with the Harry Potter spinoff bringing in $62.16 million in first place. That said, with a long holiday window ahead, all three are expected to enjoy relatively strong runs moving deeper into the season.

In the top slot, Fantastic Beasts: The Crimes of Grindelwald came in 16.4 percent below the $74.4 million opening of its predecessor Fantastic Beasts and Where to Find Them on the same weekend two years ago, a result that can partially be blamed on considerably less-positive reviews. Indeed, with a score of just 40 percent, critics were much less kind to The Crimes of Grindelwald than they were to the first installment, which came in with a score of 74 percent.

With so many options available to audiences last weekend – including a strong second weekend for family blockbuster Dr. Seuss’ The Grinch – it is possible that critical derision may have had a significant negative impact on turnout. It is worth noting that moviegoers weren’t quite as keen on The Crimes of Grindelwald either, as the film finished with mediocre scores versus the first entry’s excellent reaction based on exit surveys from opening day audiences. Audiences were 75 percent female and 69 percent were 25 years or older

Nevertheless, The Crimes of Grindelwald benefitted from the enduring popularity of the Harry Potter brand, and with a family-friendly few weeks ahead as children enjoy time off of school, it is certainly a ripe time of year for a film like this. Looking ahead, the film will have its fair share of competitors vying for the dollars of both older and younger viewers, with films like next weekend’s Ralph Breaks the Internet, Mortal Engines and Spider-Man: Into the Spider-Verse on Dec. 14, and Mary Poppins Returns on Dec. 19.

Coming in with a strong showing in second place was Universal Pictures’ Dr. Seuss’ The Grinch, which fell just 42.9 percent to $38.59 million in its second weekend. That is an encouraging hold for the animated retelling of the classic children’s book, which now has a total of $126.96 million after 10 days. Despite a slew of competition in the coming weeks, the film should benefit from its holiday-centric theme as we move closer to Christmas, indicating a run similar to the 2000 live-action Grinch starring Jim Carrey, which grossed nearly five times its opening weekend by the time it left theaters.

Yet another holdover finished in third place, with 20th Century Fox’s smash hit Bohemian Rhapsody bringing in $16.04 million in its third weekend. That is a drop of 48.6 percent from its gross the previous weekend, which suggests that word-of-mouth continues reasonably strong for the Freddie Mercury biopic despite increasing competition. It now has $128.96 million after 17 days of release, making it the latest music-themed hit after this fall’s phenomenally-successful A Star Is Born. 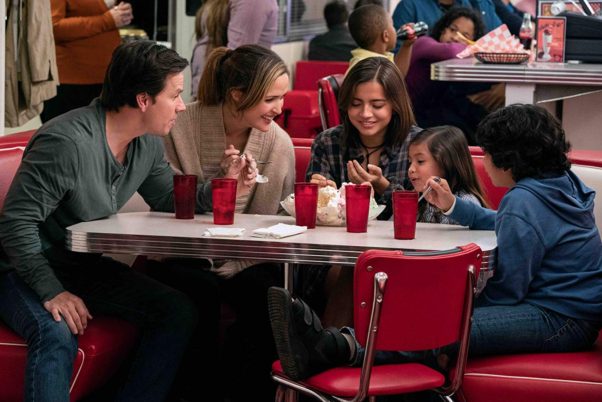 Instant Family, which stars Mark Wahlberg and Rose Byrne as a couple who wade into the world of foster-care adoption, debuted in fourth place. Its $14.50 million opening is a just below expectations for the PG-13 comedy, although it is still a relatively strong start for a film without a pre-existing fanbase like last year’s family-oriented smash Wonder. Its opening weekend audiences were 65 percent female and 61 percent over 35 years old.

Working in its favor going forward will be the film’s positive critics reviews and warm and fuzzy themes that will play well during the holiday season. Notably, the film was also a hit with fans, nabbing the best reviews of any of the weekend’s three new releases. All of this suggests that the third collaboration between Wahlberg and his Daddy’s Home director Sean Anders – may well be looking at a lengthy run ahead.

In fifth place, the weekend’s final new wide release Widows brought in $12.36 million, which is a slightly less-robust opening than many had predicted. That said, it is still a reasonably strong debut that was no doubt helped along by strong critical reviews and interest from women over 25, an audience segment who may have gravitated toward the film’s strong ensemble cast including Viola Davis and Michelle Rodriguez and its feminist spin on the traditional heist movie. Its opening audiences were 65 percent females and 61 percent over 35 years old.

By all appearances, the R-rated release directed by Steve McQueen is primed for a lengthy run in a corridor traditionally favorable to awards-worthy prestige fare, a category Widows certainly falls into. That said, as was shown by the disappointing performance of the critically-acclaimed Neil Armstrong biopic First Man this fall, it is certainly possible for a release that seems to tick all the right boxes to fall short, even in a season known for being more hospitable to thoughtful filmmaking. Still, if Widows can keep up some momentum through the Thanksgiving holiday, it should be in for a healthy run long-term. 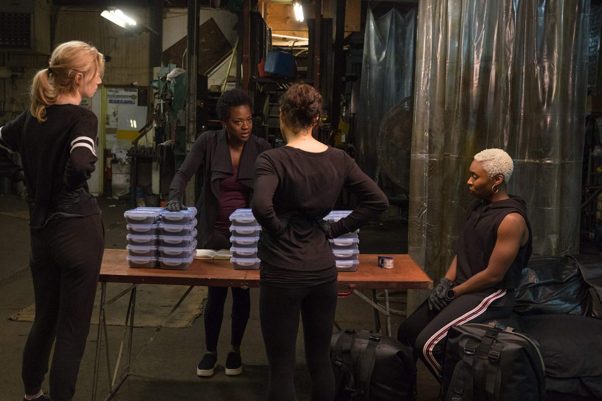 Sixth place went to Walt Disney Studios’ The Nutcracker and the Four Realms, which brought in $4.77 million in its third weekend, a fall of 52.7 percent. Despite boasting overt holiday themes and a recognizable cast, the film struggled to catch on and seems to have suffered particularly in the wake of The Grinch’s strong debut last weekend. With $43.97 million after 17 days, the film seems destined to fade quickly, particularly with a slew of family-oriented films primed for release in the coming weeks.

In seventh place, A Star Is Born continued strong with $4.29 million in its seventh weekend, a drop of 47.1 percent, bringing the total for the Lady Gaga-Bradley Cooper romance to $185.78 million so far. Eighth place went to the second weekend of Paramount’s WWII horror film Overlord, which fell 62.8 percent from its $10.20 million opening the previous weekend to $3.79 million and a total of $17.68 million after 10 days. Dropping even more precipitously was Girl with the Dragon Tattoo sequel The Girl in the Spider’s Web, which plummeted 67.99% to $2.50 million in its second weekend. The Sony Pictures’ thriller has just $13.29 million after 10 days.

Rounding out the Top 10 was Tyler Perry’s comedyNobody’s Fool, which brought in $2.22 million in its third weekend. The total for the Paramount release now stands at $28.84 million.

Outside the Top 10, Focus Features’ Boy Erased expanded to 409 locations and brought in $1.32 million. The fact-based film about a teenage boy being sent to gay conversion therapy has $2.68 million after three weeks. The studio plans to add another 100 theaters over Thanksgiving weekend.

Elsewhere, the acclaimed Melissa McCarthy dramedy Can You Ever Forgive Me? faltered a bit in its expansion, grossing $893,180 from 555 locations. That gives the Fox Searchlight release a total of $5.07 after five weekends, which suggests audiences outside the core arthouse demo haven’t been quite as receptive to McCarthy’s dramatic turn.

Finally, Aviron’s A Private War expanded to 865 theaters last weekend after playing in limited release for two weekends. With $701,589 and a total of $1.07 million after three weekends, the well-reviewed Rosamund Pike drama seems to have reached the limit of its expansion.

Opening this week are Disney’s Ralph Breaks the Internet in more than 3,800 theaters along with MGM’s Creed II and Lionsgate Entertainment’s re-imagining of Robin Hood.