The box office continues to usher in hits as Universal Pictures and Illumination’s Dr. Seuss’ The Grinch debuted with a chart-topping $67.57 million last weekend (Nov. 9-11). However, it wasn’t all roses for the weekend’s new wide releases as neither Overlord nor The Girl in the Spider’s Web managed to catch on with audiences. 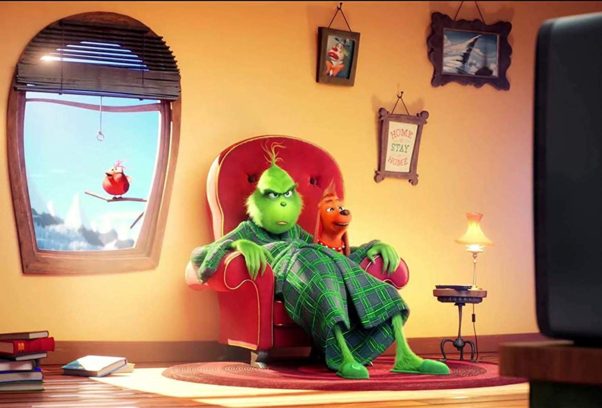 That was in line with expectation, although about 27 percent behind the $90.4 million inflation-adjusted opening of 2000’s live action How the Grinch Stole Christmas. The performance currently ranks as the third largest opening weekend for an animated title in November behind The Incredibles with $70.4 million and Frozen with $67.39 million. The film should play well over the coming weeks and throughout the holidays as it is the only predominantly Christmas-themed wide release on the schedule. While reviews for the film trended more mixed-to-negative, audiences gave the film great marks. The Grinch played to a crowd that was 53 percent female.

Last weekend’s leader, 20th Century Fox’s biopic Bohemian Rhapsody performed above expectations with $31.20 million, a drop of 38.9 percent. That pushes its domestic total to over $100 million in 10 days at $100.36 million.

In third place was the debut of Paramount Pictures’ Overlord, an R-rated, supernatural horror film from producer J.J. Abrams. The film brought in $10.20 million, about in line with expectations. The film received above average scores from an audience that was 69 percent male. 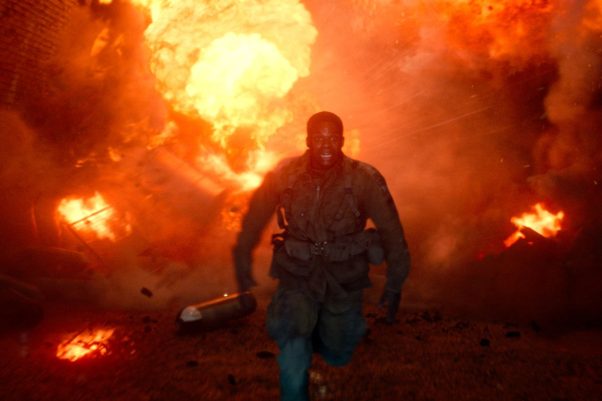 Overlord finished in third with an opening take of $10.02 million. (Photo: Paramount Pictures)

Walt Disney Studios’ The Nutcracker and the Four Realms finished in fourth place its second weekend with $10.09 million, down 50.4 percent. That brings its domestic total to $35.78 million after 10 days.

Rounding out the top five was A Star Is Born with $8.11 million, a slip of just 26.3 percent, the smallest drop for the weekend. That brings its total to $178.12 million after six weekends. The performance bumps the film up a couple spots on the list of films that never finished number one at the weekend box office, where it now ranks as the 12th largest and it isn’t done yet.

Just outside the top five in sixth place was the debut of Sony Pictures’ The Girl in the Spider’s Web with a disappointing $7.81 million. That is 38 percent behind the December 2011 opening of predecessor The Girl with the Dragon Tattoo.

It wasn’t an encouraging performance for anyone hoping the studio might return to the second and third books in Stieg Larsson’s Millennium series, and bring those back to life following the original Swedish adaptations. The film received OK scores from opening day audiences while playing to a crowd that was 52 percent female and 74 percent aged 25 years or older.

Outside the top ten, Amazon Studios’s expanded Beautiful Boy into 776 theaters where it brought in $1.4 5million for a five-weekend domestic total of $5.23 million.

Opening next weekend are Warner Bros. Pictures’ Fantastic Beasts: The Crimes of Grindelwald in more than 4,000 theaters along with Paramount’s Instant Family and 20th Century Fox’s Widows, both of which will be opening in more than 3,000 locations.