Food & Friends, 219 Riggs Road NE, is once again hosting its annual Slice of Life pie sale. Each pie provides one full day of home-delivered meals and groceries for a person battling a serious illness. 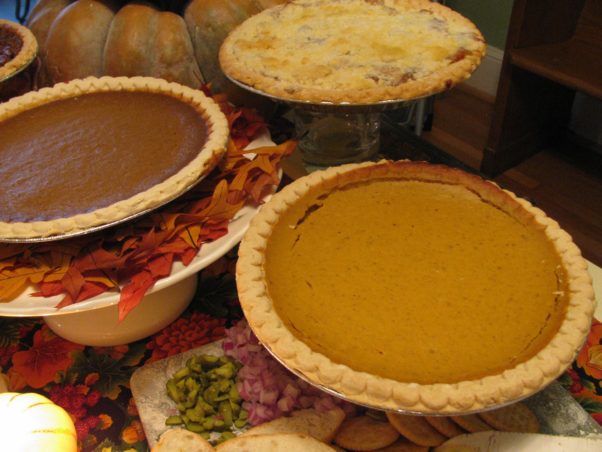 Food & Friends is selling Thanksgiing pies that will help feed people with HIV/AIDS, cancer and other illnesses for a day.
(Photo: Food & Friends)

Pie sales support Food & Friends effort to deliver 1 million healthy meals this year to people living with life-challenging illnesses including cancer and HIV/AIDS. The goal this year is to sell 9,000 pies.

On Thursday, Nov. 8, from 11:30 a.m.-2 p.m., Food & Friends will host a community Pie Day at Farragut Square, K Street and 17th Street NW. During the event, representatives will distribute information about Slice of Life and giving away free samples of the apple and pumpkin pies that are for sale. People can vote for their favorite flavor and the winner of the “In Pie We Crust” election will go on a flash sale for the remainder of the afternoon. Everyone who votes will be entered into a drawing to win a full Thanksgiving dinner for four, plus two pies.

Whole 9-inch pies, which also include pecan, sweet potato and American Airlines Sky Pie made with salted caramel and chocolate brownie, may be purchased from Food & Friends online or through corporate or individual pie sellers. Whole pies cost from $28-$45. Pie sales close on Nov. 15 and can be picked up on Tuesday, Nov. 20 at Food & Friends or 30 other locations throughout the DMV.

Zinburger Wine & Burger Bar in Springfield Town Center and Arundel Mills is offering a Pumpkin Stache milkshake as part of the Mustache Bash campaign, commonly known as No Shave November, a month when men raise awareness of men’s health issues by growing a mustache. 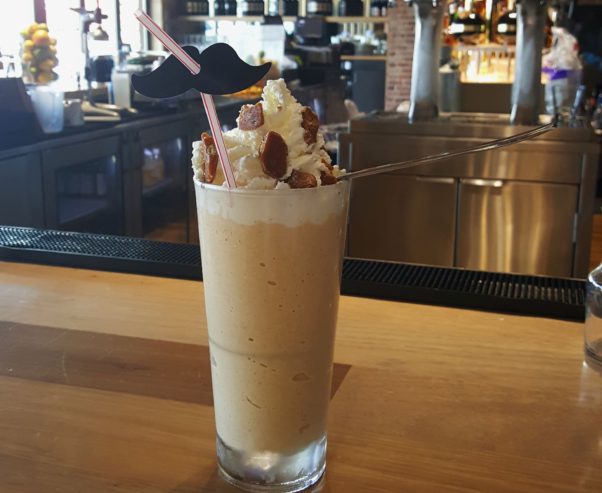 Zinburger will donate $1 from each Pumpkin milkshake sold during November to ZERO – The End of Prostate Cancer. (Photo: Zinburger)

For every Pumpkin Stache Shake sold, Zinburger will donate $1 to ZERO – The End of Prostate Cancer, a national nonprofit organization with the mission to end prostate cancer. Also, guests can donate $1 to add a Stache straw to any shake or float.

All month, Taberna del Alabardero, 1776 I St. NW, is hosting a paella festival. 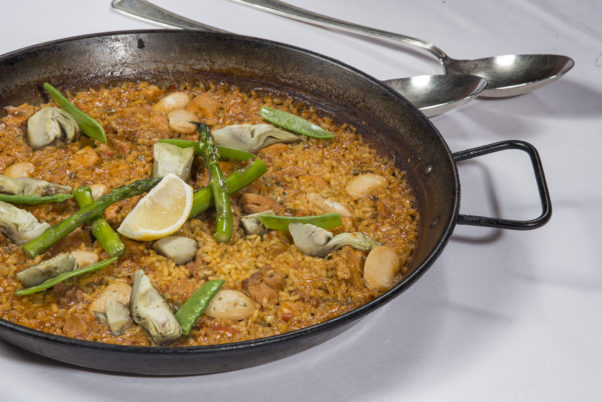 Four styles of paella entrees will be offered daily through Nov. 31 at lunch and dinner at $28, including chicken and beans, vegetarian, chicken and chistorra and cod with piquillo peppers.

Every Tuesday in November, the restaurant will offer a paella buffet staring at 5:30 p.m. for $30 with a choice of one tapa and an unlimited selection of three paellas. On Thursdays beginning at 5:30 p.m., chef Carlos Gomez will demonstrate paella making techniques as he sets up a cooking station in the dining room. A paella cooking class will be held at 6 p.m. on Friday, Nov. 16. The cost for the class is $90.

Bourbon Steak in the Four Seasons Hotel, 2800 Pennsylvania Ave. NW, will host a Burgundy & Birds dinner with winemaker Jean-Michel Guillon from 7-10 p.m. on Wednesday, Nov. 7. The cost is $249. 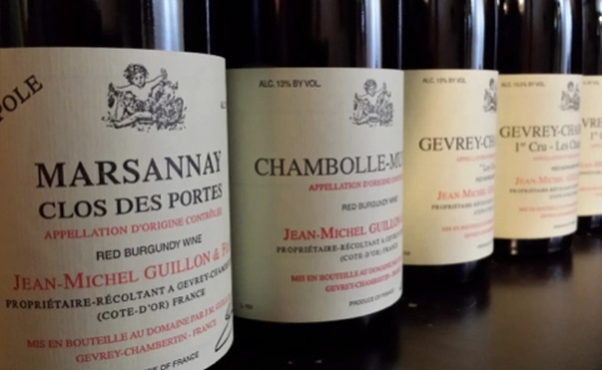 The four-course prix-fixe will feature six wines representing Guillon’s range from whites to grand cru reds. The meal will recognize a Burgundian tradition that has been celebrated for centuries: the feasting on local birds, while imbibing their local wines.

The meal begins with a glass of Domaine D’eole Brut Rosé. The dinner will begin with egg yolk pasta with black truffles paired with Jean-Michel Guillon Santenay Blanc ‘Les Bras’ 2011. The next course is farro and foie gras stuffed quail matched with Chambolle-Musigny 2007 and 2012, followed by partridge paired with Gevrey-Chambertin ‘Les Champonnets’ 1er Cru 2006 and 2013. The meal concludes with a cheese course of Tête de Moine featuring a glass of ‘Clos du Vougeot’ Grand Cru 2008.

Tickets must be purchased online.