Haircare Development in the Last 50 Years

Taking care of the hair is a primary concern for the majority of the population. Even in the ancient times, people resorted to herbs and plants that would make their hair stronger and better. 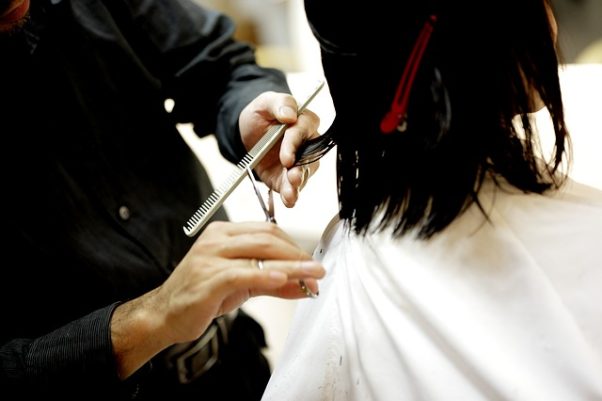 Different haircare methods were developed through the centuries, but the technology to control how our hair looks became available to a huge percentage of the population 50 years ago. The rising number of salons offering different haircare services contributed to the awareness about hair care. People began visiting these places to have their hair cut, colored and to be pampered. Today, people are coming to the salon for so many things. The following are some of the most common haircare services offered by salons to the majority of their patrons:

This is the oldest type of service offered by salons, and since the ancient times, people have been visiting their next door barber to have their hair and beard cut. In Ancient Greece and Ancient Rome, barbers had an important role in society. The most powerful men in history visited their barbers to get a haircut and to have their beards shaved. Barbers were also given an importance in the Middle Ages and Renaissance, especially in Europe. Their roles expanded as more people had the means to visit a salon.

In today’s world, a visit to the barber or the salon for a haircut is necessary, and they offer their customers many different types of haircuts based on their preference. The evolution of a haircut in the last 50 years also influence the available hairstyles. High-end salons, on the other hand, offer simultaneous services like manicure, pedicure or foot spa while the customer is having their hair styled.

Along with a haircut, there are many different tools that a stylist uses to achieve the look that you want. Some of these would be a curling iron, a flat iron and blow dryers with defusers.

There are many types of hair straightening services, but the most common types are hot oil, relaxing and rebonding. The hot oil procedure is one of the simplest methods. Customers are required to lie on a special chair. Next, a formula of specialized oils are poured over the hair. The oil results in a chemical reaction that straightens the hair. The chemical reaction is not that strong, and combing the hair repeatedly is required to attain the straightened form that the customer wants.

Hair relaxing involves the use of a special hair iron and other chemicals that straighten even the curliest hair. However, the effect only lasts for a short time and the hair will feel rubbery at first.

Finally, there is rebonding, which is the most expensive, but the most effective of the three. People who use rebonding services have their hair subjected to different chemical treatments. After several hours, the hair becomes silky smooth and straight. Most people who have gone to the salon for rebonding are satisfied with the result, and even those who have kinky hair are surprised once they see the transformation.

This is a rising trend that has gained traction in the last five decades. The invention of hair friendly dyes made it possible to color the hair. Hair coloring has been practiced in other cultures since the ancient times, but it became more popular as the technology required for the procedure became accessible to the public and the services became cheaper. Today, hair coloring products can be purchased at leading stores around the world. It can also be bought online through websites like Amazon. People who do not know how to color their own hair can also visit the salon to have their hair colored by professional hairdressers.

The haircare industry continues to change as more technology is developed to improve the services offered. Scientists are also working on treatments for baldness, and if ever an effective and instant treatment is introduced, many will use that service. Another innovation being developed is the use of eco-friendly solutions that provide the same results, especially with hair coloring and straightening.