Halloween Carves Up a Monster Opening

Just two weekends after Venom broke the record for the best October debut ever, Universal Pictures and Blumhouse’s Halloween became the second best October opening ever with $76.22 million over the weekend (Oct. 19-21). That was less than $3 million shy of Venom’s record opening. 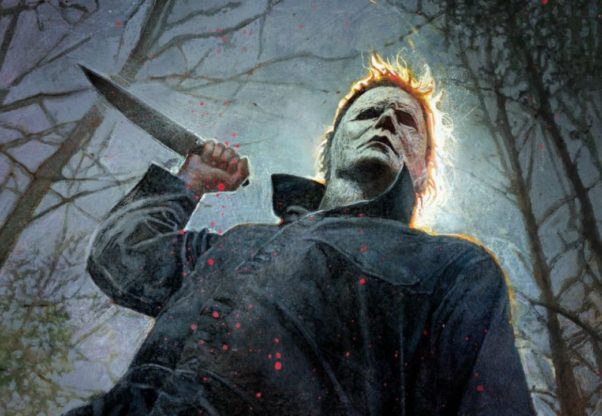 Halloween had the second largest October debut last weekend and led at the box office with $76.22 million. (Photo: Universal Pictures)

The horror film debuted in line with expectations and headlined a massive weekend overall weekend, that saw the top 10 earn more than over $155 million, making it the second largest October weekend ever.

Riding a combination of nostalgia for the original 1979 Halloween and a lack of much competition as the only new wide release, the new Halloween delivered the largest October opening day of all-time, topping Venom‘s $32.5 million. The film’s opening is also the second largest ever for an R-rated horror, topping the $53.8 million debut of The Nun a month ago and behindIt‘s $123.4 million debut last September.

The film, which carries a tiny, $10 million production budget, stars Jamie Lee Curtis in her iconic role of Laurie Strode. In addition to getting good reviews from critics ahead of its release, it was equally liked by audiences. Overall, it played to a crowd that was 53 percent male and 59 percent age 25 or older. The film should play well over the coming weeks, especially with its namesake holiday just around the corner.

Hanging on to second place for the third weekend in a row was Warner Bros. Pictures’ A Star is Born, which continues to climb the list of films that never hit number one at the weekend box office, with $19.05 million, down 33.0 percent from the previous weekend. Its domestic total stands at $126.13 million after three weekends.

Sony Pictures’ Venom fell two spots to third place after topping the weekend chart for the previous two weekends with $18.04 million, a drop of 48.5 percent. That brings its domestic total to $171.06 million after three weekends.

While falling from its top spot domestically, Venom remained the number one international release for the third straight week, bringing in an $32.3 million for an international total of $290.7 million and a worldwide total of $461.2 million.

Holding on in fourth place was Sony’s Goosebumps 2: Haunted Halloween, which took in $9.72 million, a slip of 48.5 percent. Its domestic total now stands at $28.81 million after 10 days of release.

Rounding out the top five was Universal’s First Man falling 48.0% in its second weekend. That brings its domestic total to $29.76 million. It is an unfortunate performance for the movie, which was hoping to play along the same lines of films such as Bridge of Spies and Argo, but seems to have been lost in the shuffle. 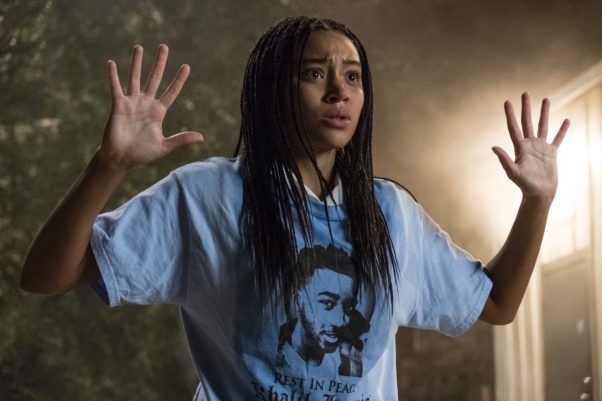 The Hate U Give went into wide release over the weekend and moved up from ninth to sixth place with $7.60 million.
(Photo: 20th Century Fox)

Jumping 336.8 percent from ninth place to sixth was 20th Century Fox’s The Hate U Give with $7.60 million. It played in 2,303 locations, up 2,055 from the previous weekend, bringing its North American total to $10.74 million. The film could be looking at a healthy run going forward after receiving excellent audience reviews. The audience was 64 percent female with 51 percent of the audience age 25 or older.

Finishing in ninth place was 20th Century Fox’s Bad Times at the El Royale, which took dropped 52.0 percent to $3.42 in its second weekend. That brings its domestic total to $13.46 million after 10 days of release.

And rounding out the top 10 was Fox Searchlight’s expansion of The Old Man & the Gun with $2.13 million after expanding 574 locations to a total of 802. Its domestic earnings total $4.29 million after four weeks in limited release.